A psychiatrist friend of mine innocently teased me for a Toronto Injury Lawyer Blog Post back in October 2013 on “dooring” epidemic that was facing cyclists in many of Canada’s largest cities (and the smaller ones too!).

Here is a link to that Toronto Injury Lawyer Blog Post, along with a video to Peter Mansbridge explaining on The National exactly what dooring is, and how it’s putting cyclists at risk of injury.

If you’ve never heard of “dooring“, basically, it’s when a car door opens directly in to the path of a passing cyclist, thereby causing the cyclist to hit the door or swerve out of control and result in serious injury.

I guess I was ahead of the curve. Recently, the Ontario government introduced the “Keeping Ontarios’ Roads Safe Act” (what a name!). One of the significant provisions of the Act was to increase fines for dooring from $60-$500, up to a range of $300-$1,000. It would also see demerit points raise from 2 to 3 points.

Imagine that, getting hit with a $1,000 fine and 3 demerit points for just trying to get out of your car and accidentally dooring a passing cyclist. You weren’t even driving! Your car was likely off, with keys in hand for such an offense. It’s not just motorists who drive that cause accidents. They’re caused in all sorts of ways.

In any event, to my psychiatrist friend who teased me over a year ago for writing about dooring and advocating for increased cyclists’ rights, I say eat my words (in a friendly tone of course). Always a trailblazer on these issues.

But, there’s much more to the Keeping Ontario’s Roads Safe Act which you should know about. In particular, when it comes to fines for distracted driving.

Before I get too deep in to distracted driving, let me preface this by stating that I remember times when EVERYONE drove with a cell phone to their ear. I remember taxi drivers driving for hours on end with the lives of passengers in the back seats of their cars with one hand on the steering wheel and the other hand glued to their cell phone. I can remember people actively dialing, texting and checking email while driving.

All of these bad driving habits weren’t just acceptable, but they were the norm. Today, these poor driving habits continue. And dare I say that with the popularity of cell phones and other mobile devices, they’ve gotten worse. Although, I believe that we are staring to frown upon distracted drivers much more than we used to thanks to advocacy work, public service announcements, along with a more informed public about the dangers of distracted driving.

The current fine in Ontario for distracted driving is just $280. Proposed changes will see fines increase to a range of $300-$1,000, along with 3 demerit points for a conviction. That’s a pretty stiff penalty.

In addition, Ontario is seeking to pass a law requiring that all motorists maintain a distance of at least one metre when passing a cyclist. This is supposed to prevent drivers from passing cyclists too closely, or too far away thereby swerving into another lane of traffic. The goal is to have clearly worded legislation mandating that fair sharing of our roadways.

Cyclists beware: the present fine for not having reflectors or reflective material on your bike is just $20. The cost of buying reflectors or reflective material for your bike, let alone the time to put them on to your bike is likely quadruple the $20 fine. But that fine is going to increase to a range of $60-$500. There are no demerit points associated with this infraction because cyclists don’t have to be insured.

And that’s a big source of contention for many motorists in Ontario. Bikes are a cheap, environmentally friendly and healthy method of transportation. Bikes share the roads with cars. Bikes don’t pay any sort of licensing fee, nor do they have to be insured. And in my travels from Peterborough, to Sudbury, London and Toronto, that’s what irritates motorists. They get the feel that cyclists get a free ride on the roadways without needing to pay in to the system which they’re using. 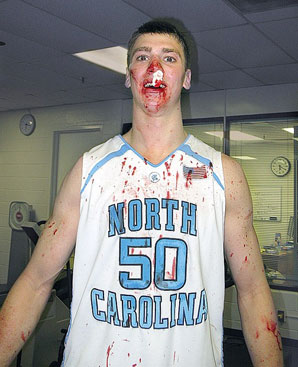 Read on to find out why the picture of “Psycho-T” is included in this Blog Post.

I think that cyclists would have more sympathy, empathy and respect of motorists if they were required to pay in to the system. A simple, minimal licensing fee. Cyclists will HATE hearing that, but I think it’s the only way to get afforded the respect they deserve from angry motorists. Perhaps the money raised from licensing can go to installing more bike lanes, or even DEDICATED and SEPARATED bike lanes like you see in Vancouver. Imagine that!

To my cyclists readers: it’s a good idea to have a form of insurance on your bike. If a motorist hits you who was driving illegally WITHOUT proper insurance, what will you do? Where will you turn for benefits? You might be eligible to claim benefits from the Ontario Motor Vehicle Accident Claims Fund, but their policy limits are 5 times lower than those of a standard automobile policy in Ontario. If you’ve been catastrophically injured in a bike accident, those limits aren’t good enough.

It’s not all doom and gloom. Or maybe it is. This never ending winter has played a toll on our roadways and walkways. This has been our law firm’s busiest winter EVER with respect to serious slip and fall claims along with car accidents caused in part by in climate weather. The other factor involved in those accidents has been people failing to drive at appropriate speeds given the weather conditions, or failing to have proper snow tires on their vehicles. Snow tires aren’t just good for the snow you know. They’re designed to provide optimal traction when it’s cold. So, just because there’s no snow on the ground doesn’t mean that you’re not going to get optimal use out of those snow tires. And no, I don’t have any shares in a tire company. I just know what I know.

Can somebody please explain to me why Toronto’s professional basketball team refused to play T. Hansbrough extended minutes? Why is the ACC’s all time leading scorer in the dog house on Toronto’s bench? It makes no sense to me. Must be a bad attitude thing.