Don’t take it personally. It’s not YOU they don’t like. It’s your symptoms, injuries, and what they stand for.

Here’s the harsh reality about fibromyalgia. It won’t show up on an x-ray, CT scan, MRI or any other fancy objective scan. There are trigger points but those don’t show up on computer tests. Insurance companies LIKE those sort of tests. It puts your injuries in to a black and white context. If it’s there on the scan and visible to the naked eye on a computer screen, then you have it and you’re likely suffering from it. If your injury doesn’t show up on the scan, then it doesn’t exist. It’s probably a figment of your imagination, or a way for you to lie in your attempt to deceive the insurance company.

It makes it much easier for an insurance company to lump your claim in to a simple formula that an unskilled, and untrained adjuster can follow. If the claimant has an ankle fracture, then he/she is entitled to “X” amount of dollars. If the claimant has a broken femur then he/she is entitled to “Y” amount of dollars…And so forth. I hope you get the picture.

The moment that your injuries cannot be put in to a simple mathematical and easy to understand equation is the moment that the insurance company needs to think and take a better look at your claim. When the insurance company has to slow down its operations for your claim, it hampers their productivity and profits. This is NOT good for their business.

The problem is that fibromyagia cannot be put into a simple mathematical equation and cannot be looked at from a “black and white” perspective. There’s a lot of grey area when dealing with these types of claims.

Second: Fibromyalgia often involves other complex medical problems. Chronic Pain. Depression. Anxiety. Post Traumatic Stress Disorder. Headaches. Loss of Sleep. Loss of Concentration. Fatigue. Sore joints. Moodiness. Suicidal ideation. Treating one, or all of these problems requires a multidisciplinary approach (like a pain clinic or a variety of doctors/analysts). When the symptoms appear to be under control, they often resurface. Based on my experience, these are problems which don’t get better over time. Instead, they get worse. So the treatment plan is not only complicated, it’s a long path and seemingly one which never ends.

Third: The medication which fibromyalgia sufferers take is a long long list of pills. There is no single magic pill to make it all better. Instead, there are a variety of pills to make one thing better, but that can often make something else worse. For an insurer, this just paints a very messy and hard to understand picture of recovery. Here’s a link to the FDA website explaining their list of approved medication for the management and treatment of fibromyalgia. There is no magical wonder drug or wonder treatment. If there were, you wouldn’t like need a personal injury lawyer to help you with your claim. 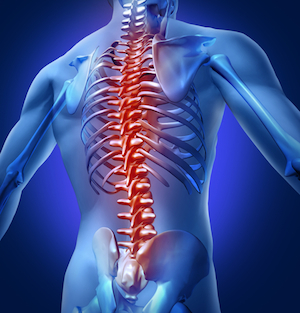 Fourth: Your friends and family likey have a hard time understanding fibromyalgia. These are the people who would likely make the best character witnesses in your case to testify what the pain and suffering that you experience. But when your friends and family don’t understand why you’re in pain; why you’re constantly tired; or why you’re depressed, then there’s a chance they won’t be sympathetic towards your claim; thus they make poor witnesses. Advantage insurance company. And they know this. Unlike a car accident claim where we can pin our anger and rage on the at fault driver, with a fibromyalgia claim, there isn’t necessarily a tangible villain. The “bad guy” is an invisible disease/illness/injury which we can’t see and we have a hard time understanding. Believe it or not, this plays right in to the insurance company’s hand as they will take advantage of the fact that your friends or family don’t get it and don’t understand exactly what you’re going through. Those people who would normally make excellent character witnesses are now far less enthusiastic and passionate towards your case and your cause. The covert nature of fibromyalgia can really take the wind out of your sails and your case for that matter.

Fifth: This is probably the most important reason why insurance companies don’t like dealing with fibromyagia claims. It’s a universal truth not just for fibromyalgia claims, but also for claims in general. At the end of the day, the insurance company handling your case is likely a publicly traded company on a stock exchange. They report to their share holders. The objective is to make as much money for those share holders as possible. They more money that they pay out in benefits, the less money they get to report in profits, and vice versa. It’s in the company’s best interests in fibromyalgia cases NOT to pay your benefits and make you fight every inch for them. There is no clear cut law or test supporting your disability so why should the insurance company pay you from the outset of your claim. If they don’t pay you, then you might just not have the strength or knowledge to contact a lawyer to get you the results which you deserve. If you don’t go that extra mile, then your claim might just go away over the passage of time.

Don’t let that happen to you. Don’t get hurt twice and have the strength to fight for your rights. Call the lawyers who understand fibromyalgia claims like no other. 1-877-730-1777 Goldfinger Injury Lawyers
Enough law talk? Anyone following the new cold war in the Ukraine? How about that lost Air Malaysia flight. You’d think that with all of the technology on air planes that they just wouldn’t vanish. It reminds of me all of the planes which went missing in the Bermuda Triangle. And Toronto’s basketball team continues to compete at a very high level. Here is my prediction come playoff time. Toronto lack star power. But they have depth. Depth means little come playoff time. There are some many days off in between games that it really makes no difference except where foul trouble comes in to play. The stars of other Eastern Conference teams (maybe in the 2nd round) will get the benefit of the whistle and play THE WHOLE GAME. The NBA is a star centered league. While Toronto has a very respectable regular season record, I’m doubtful this will translate in to a lengthy playoff run. Let’s hope I’m wrong given then weak state of the Eastern Conference. I just don’t want them facing The Heat, Pacers, Bulls or Nets. All 4 of those teams have more star power (not the Bulls) and toughness than Toronto. All of those teams would also get the benefit of the calls. The Bulls in particular would have the fix theory in place with the NBA as they’re a larger market than Toronto. That’s my conspiracy theory for the day.