Our office’s Toronto Injury Lawyer Blog has been a huge success at educating the general public about how car insurance works, how the Courts work with respect to personal injury claims, and all sort of other helpful information for accident victims, disability claimants and their families.

Our law firm prides itself on using easy to understand language to get the message across. We know that not everybody is comfortable reading hard to understand legal terms or “legalese” as we call it.

This has been a big week for car insurance law in Ontario. So much of the law involves politics. Believe it or not, politicians through our government create the laws we live by.

We vote for politicians, who in turn, have the power to make, break, or change laws. We often write about politics in the Toronto Injury Lawyer Blog because decisions made at Queens Park have a major impact on personal injury law.

A few months ago, the Provincial Government introduced some radical changes to the Insurance Act. This is the piece of legislation which deals directly with how car accident law, and accident benefit law works. The changes were brought in very quickly, without any prior notice or debate. They were just passed through without the general public really knowing. You can read our previous blog post here posted on December 18, 2013.

The very same thing that we wrote about on December 18, 2013 is going to happen to Ontario’s car insurance system yet again. If we’re starting to sound like a broken record, it’s because these injustices are happening time and time again.

These changes are even more radical than the previous changes, and will make it harder for the general public to get the benefits they need, and the financial compensation which innocent accident victims deserve.

The Ontario Government requested that the Honourable Justice Cunningham prepare a report on car insurance in Ontario. The Government was concerned with the way the dispute resolution system worked. There was a backlog of around 30,000 mediations and 15,000 arbitrations for accident benefit cases which needed to be resolved with the Financial Services Commission of Ontario. The Insurance Industry was also crying foul that there was too much fraud going around the province.

The Honourable Justice Cunningham released his FINAL report on February 18, 2014. In his report, His Honour made a number of recommendations.

14 days after Justice Cunningham released in FINAL report, the Provincial Liberals already had lengthy and complicated bill not only prepared, but read before legislature (ready in both English and French). Pretty quick turnaround for the public sector don’t you think?

Bill 171 is entitled “An Act Respecting Insurance Industry Reforms…“. It recieved its first public reading in the legislature yesterday. The public was not consulted. No industry experts were consulted either. The bill is just being read to a group of politicians who really don’t understand what they’re listening to and don’t understand the ramifications this bill will have.

The guise of Bill 171 is that it will lower car insurance premiums and eliminate fraud. The reality is that Bill 171 contains provisions to:

1) Remove all car accident claims from the specially created Financial Services Commission of Ontario where concentrated Mediators and Arbitrators who have 20+ years of experience handling auto claims work, and moving those claims to the License Appeal Tribunal. In case you’ve never heard of it before (that’s ok, I’ve never heard of them either), the License Appeal Tribunal deals with: 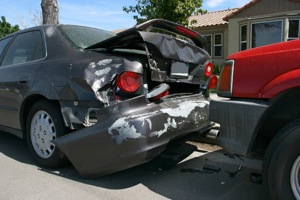 Basically, the government took car insurance disputes out of the hands of a specially created agency for car insurance claims, and put them in to a pot potpourri of appeals ranging from bad wine to funerals and cremation services.

The next thing that Bill 171 is going to do is decrease the 5% pre-judgment interest rate for motor vehicle accident claims down to 1.2%. The 5% rate favoured accident victims in that it encouraged insurers to settle claims quickly. This was important because of the inherent financial imbalance that exists between an accident victim who cannot work on account of injury vs. a large, deep pocketed insurance company. With this change, insurers will have even less incentive to settle claims quickly. I believe it will serve as incentive for insurers to drag out claims even longer than they already do.

The next eye popping part of Bill 171 is that it imposes a personal liability on lawyers to pay for legal fees. That’s at section 280(6)(1) of Bill 171. What does imposing a personal liability on lawyers for legals fees have anything to do with the elimination of fraud or bringing down insurance premiums. This provision is quite simply insane, unheard of for any field of the law, and is a barrier to access to justice. I know that Justice Cunningham didn’t recommend this provision. I’m quite sure that no member of the general public even approached the Liberals and demanded this provision. I’m quite confident this provision was inserted at the insistence of the Insurance Bureau of Canada (IBC). The IBC is the lobbyist group for the insurance industry. They’re the ones behind all of these sweeping changes.

None of the provisions in Bill 171 will help hard working Ontarians. All of the changes will favour deep pocketed insurers. It still amazes me that government after government crumbles to the insurance industry.

Even more amazing is that with all of the problems which our province faces: jobs, education, health, senior care, transportation, energy, it seems that car insurance is constantly getting tweeked, and with ZERO resistance from the opposition.

My prediction is that Bill 171 will be made law just before the next government comes in to power. It will be swept under the rug very quietly, without anyone every realizing what changes have come in to effect, until it’s too late. Crash: a family member has been involved in a catastrophic car accident. They need benefits and help. But help isn’t available because the system no longer provides for it thanks to the provincial government and their constant legislative changes. It won’t be long until your right to sue for pain and suffering at all will be taken away from you as well.

This blog post didn’t address to prospective elimination of joint and several liability for municipal negligence claims, which I predict is also coming down the pipes.