Intact Insurance has some great television commercials where an terrible accident happens (like a car driving in to a swimming pool); followed by a scene involving an insurance policy holder calling the insurer over the phone. The next scene is that of a well lit and pleasant call centre whereby an insurance agent from Intact proceeds to collect that person’s information and open up a claim in 5 minutes or less. Pretty impressive! The ad is meant to show the ease and speed in which Intact can open a file and process your claim.

Because that’s exactly what all Ontarians are looking for when choosing an insurance company. We’re not looking for low rates, or good customer service. We’re looking for speedy claims opening procedures. They’re fast, so we know they’re good.

The commercials are pleasant and well executed. They are.

A casual observation from this injury lawyer: the television commercials don’t show any personal injuries, and physical injuries. The only damage is comical or cartoonish.

One ad has the car driving in to the swimming pool, another ad has a car driving in to a mail box. Nobody is hurt. It all looks like an honest mistake where everyone is calm, able to smile, and having a relatively good time. Of course, all of this is intentional to keep the air of the ads light; rather than be downers and show catastrophically injured accident victims and crying family members waiting attentively by a hospital bedside attending to their seriously injured loved ones.

Here is the reality of most claims:

1) If it’s a car crash, there are likely injures. In many cases, there are serious injuries. Sometimes the injuries are so serious that the accident victim can’t talk.

2) The claimant isn’t all bubbly and happy when making the call, no matter how pleasant the agent is on the other line. The claimant is upset, mad, stressed, nervous, anxious, or pi$$ed off for lack of a better term that they were involved in a serious accident and now have to make a claim.

3) The claimant might not speak the best English; making reporting the claim difficult. Language can always be a barrier to getting these things sorted out.

4) The person on the other line might not be as bubbly, welcoming and friendly as they appear in the commercials

Here’s something which you probably didn’t pay attention to in these commercials. The person who was working in the call centre for the insurer was sitting at a desk, in front of a computer and inputting information in to their system. They may be taking notes of the conversation, OR the conversation may be recorded for “customer service purposes“. The claimant who initiated the telephone conversation isn’t taking any notes, nor are they depicted as sitting at a computer an inputting information in to a computer system.

Don’t overlook this tiny detail. It’s important. Want to know why? Read on and find out.

The best time to record evidence of an accident is immediately after the accident happened. The initial call to the insurer is the first time the insurer has heard about the accident, and they want to know every single detail in order to better assess and evaluate the claim in order to determine how much money they should set aside to pay it out. This is called assessing their potential “exposure” in the insurance industry, so the insurer can set a “reserve” for the claim. If a reserve is set low, it’s difficult to get that reserve increased without somebody senior at the insurance company to green light it. If the reserve is set high, the chances of resolving the claim quickly and quietly improve significantly for the claimant. That, coupled with the skill and execution of a great lawyer; and you will get the compensation which you deserve.

Insurance cases are all about notes. What was said, when it was said, to whom it was said and why it was said are all very important. The notes which are taken by the insurance agent from that initial phone call, can, and will later be used against a person throughout the life span of the insurance claim. If the notes from Day #1; don’t match up or correlate with the notes from Day # 365 of the claim; then there’s likely a problem.

Just as in any profession, there are good claims adjusters and good claims agents. And then there are bad ones. The bad ones may not take the most accurate notes; or they may twist your words so as to minimize their employer insurer’s potential exposure. They may also note be taking any notes at all. This is an extreme example, but yes; these things do happen.

The contrast is that the claimant in 99% in cases don’t take any notes of their conversations with insurers. When a Judge or Jury assesses case and somebody’s memory, they will place more weight on somebody whose oral evidence matches their notes vs. somebody speaking off memory alone without any notes to corroborate what they’re saying in Court. Notes carry weight. Insurers like Intact know this and they teach their employees to take good and detailed notes. There’s nobody teaching Joe and Jane Claimant to take notes.

Notes also matter when there is a discrepancy in the version of the story between the insurer vs. the claimant. When it becomes a he said vs. she said, the person who has taken notes is often seen as more credible and more trustworthy. Another reason to take notes.

Memories fade throughout the course of a legal case. There are a lot of ups, and a lot of downs. There are many events which define a case that we don’t even know are significant until time has passed. Another reason why note taking is important for an insurance claim. 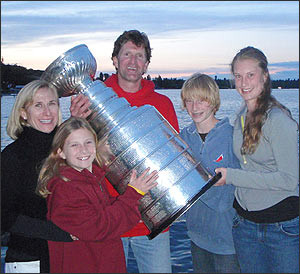 Insurance claims are generally unbalanced from the start. It’s John Doe who may be earning $50,000/year as a general contractor vs. a multi national insurance company who earns BILLIONS in profits each year. This is John Doe’s first time ever making a claim vs. the insurer who all they do are handle and process thousands of claims every week. John Doe has no experience with these claims vs. the Insurance Agent who does this sort of thing for a living. John  Doe wants what the insurance company has; that’s money. The insurer is reluctant to pay out. If John Doe wants the insurer’s money, they have to play by their rules; and these are rules which John Doe isn’t familiar with.

You can see how this power imbalance favours the large, deep pocketed insurer time after time. There are very few elements to a legal case which a normal person can control. Taking notes is a very small example of what somebody can do to even the playing field in that department. Because car accident claims, long term disability claims and other insurance disputes are just that: they are disputes. And the party who takes the best notes, and can best prove their version of events will often come out on top.

Enough law talk? Sure. How about Toronto’s professional baseball team. I thought they were supposed to be good enough to make the playoffs this year. I know it’s still early in the season, but weren’t those prognosticators WRONG. Congrats to Toronto’s professional hockey team on hiring a real coach, with a winning pedigree. I just hope this new coach brings that same winning pedigree to Toronto, instead of scumming to the Toronto Loseritis disease which spreads so rampantly amongst our sporting heroes.