First and foremost, I want to send special recognition my friend David Siegel, who told me last night that he stopped following his mother, sister, father, the best man at his wedding, and his Grade 8 Karate teacher on Twitter. BUT, he continues to follow @GoldfingerLaw on Twitter. David told me that he can’t get enough of the Toronto Injury Lawyer Blog, along with the daily insight and tidbits from our law firm’s Twitter Feed. You can’t follow David on Twitter, but you can follow his dog, @RockySeigel for the latest in the life of his pooch.

On to some law talk? Sure. Why not.

My law firm gets calls from kind people all over Ontario who have been hurt or injured in an accident; or who have nowhere to turn after they’ve had their long term disability claims denied.

There are a lot of plaintiff personal injury law firms out there in Ontario. Goldfinger Injury Lawyers doesn’t control 100% of the market. Sometimes (more often than I can to admit) we get calls from upset clients of other law firms; or accident victims who have contacted other law firms, prior to calling our office.

Some of the practices I’ve heard from these clients from other law firms, whether true or not, are quite disturbing. I can relate to the anger and frustration of those who contact my office after being treated they way they’ve suggested. The tears say it all. There are no words to describe the upset feelings and disappointment these people have to share.

One of the most common complaints I’ve received from people lately, is that they think they’ve signed up with a law firm or lawyer; only to find out later that their file has been transfer to a completely different law firm, paralegal or lawyer.

The client has no idea, or it hasn’t been made clear to them that their file has been transferred. They feel like a piece of meat, being passed from one person to another.

Referring files or transferring them from one law firm to another is common place and has existed in Ontario for many years; probably even before the Law Society of Upper Canada was born.

It’s very common for lawyers to refer matters which they can’t handle, don’t have the resources to handle, or don’t have the knowledge to handle to other law firms who better understand the law; who have better resources; or who are more capable/competent at dealing with the legal issue at hand.

There is incentive and legislation for lawyers to refer cases to one another when they can’t seem to handle the claim. Rules 3.6-7 and 3.6-7 of the Rules of Professional Conduct govern what are called “referral fees“. So this sort of practice is licensed by the Law Society of Upper Canada for good reason. I would hate for somebody without knowledge in brain injury law to be working on a catastrophic brain injury claim involving multiple defendants and multiple family law act claimants.

When a person calls my office seeking assistance in the area of Family Law, Wills, Estates, Criminal Law, Business Law or Immigration Law, our lawyers will refer them to another law firm, because we don’t practice in any of these areas. Our focus and knowledge is on accident, injury and disability insurance law. We aren’t experts in any other areas, so we don’t take cases in those areas. We don’t first have the client sign a retainer with our law firm, and then farm their file out to a different law office all together without the client knowing, or without the client understanding what’s happening. 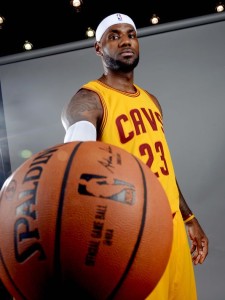 When the client doesn’t understand that their file is being  referred out to another law firm, paralegal, or lawyer, it leaves a bad taste in the client’s mouth. It also makes the legal profession look bad; in particular accident lawyer who represent some of the most weak and vulnerable in society; especially after a catastrophic accident. This sort of practice seems to be happening more and more in the field of plaintiff personal injury law, over any of the other fields.

Passing clients from one office to another; from one lawyer to another isn’t our way of doing business. When you sign up with us; you get us. PERIOD.

Why are we seeing this more in Plaintiff Personal Injury Law? While I haven’t commissioned a study, I would guess because the amount of money at stake for injury, disability and accident claims is significant. Because the stakes are so high, it would be hard for a business savvy law firm to pass up the opportunity to potentially make some money on transferring a file from one office to another and recovery a referral fee; even if the client doesn’t know it’s happening, or thinks they’ve retained Firm “A”; when Firm “B” is really the one working on the file.

I have no problems with lawyers making referrals to other lawyers. They just need to be clear with the client and let them know what’s happening in the process. It’s then up to the client to make the decision whether or not they want to have their legal matter passed from one office to another; to just retain a law firm whose able to take on their claim in the first place because they have the knowledge, experience, resources and savoir fair to get the job done.

What prompted this article? Too many tears over the phones and in person from people who don’t know who their lawyer or law firm is; and too many problems identifying WHERE or WHO is handling their accident file. When you’ve been involved in a serious accident; and you don’t know who your lawyer is; or which law firm is acting for you; then you have a BIG problem.

Enough law talk? Sure. On to the NBA Playoffs! In just his first season back with the Cavs, LeBron James is BACK to the NBA finals. He didn’t need a Big 3, or even a Big 2. All he needed was the freedom to do what he does best; and that’s average a triple double in the Eastern Conference Finals to lead his team to victory. Normally, in the NBA, it can take a few years to build a winning tea. But with LeBron, there’s no wait time. He makes any team an instant championship contender.