We have laws for about everything in Ontario. Don’t believe me?

With these all encompassing, acts, it would seem normal that there be an act devoted stricty to dog owners, dog owner liability and dog bites. And here you have it, the Dog Owners Liability Act or “DOLA” as it’s known by lawyers across Ontario.

If you own a dog, even a harmless shitzu, I recommend that you take a quick read at DOLA. Here’s the link.

You should know that DOLA creates an absolute liability situation for the owner off the dog, if his/her dog causes damage. That means if you’re the OWNER of the dog, and your dog does something to cause damage, then you’re on the hook.

Let’s say that you own the dog with your spouse or boyfriend. You tell the pollice that it’s not your dog, that it’s only part your dog. The reason your dog bit the cyclist was because your boyfriend never took the dog to obedience school. You think that this ought to be your boyfriend’s fault, because he’s a negligent and irresponsible dog owner. Not you. Wrong.

The Dog Owners Liability Act has even thought of those crazy joint custody situations over delinquent pooches.

Where more than one owner

Let’s say that you’ve done all that you can to calm your dog before s/he attacks somebody. You have it muzzled, on a leash, but you just can’t control Cujo from attacking. As innocent as you might seem, fact is, you’re going to be on the hook. Check out subsection 3 of DOLA:

(3) The liability of the owner does not depend upon knowledge of the propensity of the dog or fault or negligence on the part of the owner,

Let’s say that somebody breaks in to your house, and your dog attacks the criminal, thus protecting you and your family from a most harmful emminent peril. Does this mean that me and my dog will be on the hook for the injuries sustained to the criminal? Heck no! The people who draft DOLA even had an intrusion situation in mind when the drafted the Act. Let’s look at Section 3(2)

Protection of persons or property

(2) Where a person is on premises with the intention of committing, or in the commission of, a criminal act on the premises and incurs damage caused by being bitten or attacked by a dog, the owner is not liable under section 2 unless the keeping of the dog on the premises was unreasonable for the purpose of the protection of persons or property. R.S.O. 1990, c. D.16, s. 3 (2).

This means that if your dog attacked an intruder intending on committing, or committing a criminal act, your dog can do its thing to protect your house without penalty. That’s good news. I always tell people, DOGS, not handguns are the best protection and form of security. Afraid of a home invasion? Get a dog, not a gun. Dogs don’t kill people, and they can make people happy. Guns kill people, and kisses from a gun are fatal. Puppy kisses are far sweeter.

So, if you live in Ontario and you’re thinking of getting a guard dog, don’t consider a pit bull. Why? Because DOLA has banned pitbulls in Ontario (with certain exceptions). 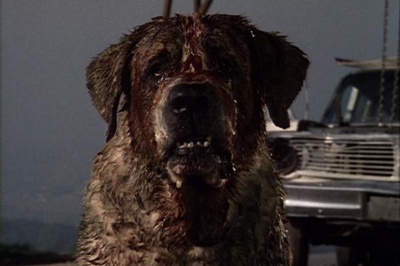 Pit bull ban
6. Except as permitted by this Act or the regulations, no person shall,
(a) own a pit bull;
(b) breed a pit bull;
(c) transfer a pit bull, whether by sale, gift or otherwise;
(d) abandon a pit bull other than to a pound operated by or on behalf of a municipality, Ontario or a designated body;
(e) allow a pit bull in his or her possession to stray;
(f) import a pit bull into Ontario; or (g) train a pit bull for fighting. 2005, c. 2, s. 1 (16).

If you happen to own a properly licensed pitbull, and it bites somebody, don’t expect much sympathy from the Court or from your home insurer. I have nothing against pitbulls. Our government does, and they’ve made it pretty clear by the wording of DOLA that the breed is not welcome in our province. Take it up with your local MPP if you take issue. I’m just telling you what our laws say.

What should you do if you’ve been bitten by a dog? First and foremost, seek medical attention right away. You wil likely need to have the wound cleaned, disenfected, and you may require sutures. After that, contact the police about the dog attack. They will investigate the claim, and notify your local Animal Control Agency. Every different municipality has its own Animal Control Agency which investigates such claims. Once you’re feeling better, call a personal injury lawyer right away. Our law office will do! We’ve handled countless dog bite claims. Some very serious requiring plastic surgery and leaving long lasting scars and puncture wounds. Others not as serious, but injuries none the less.

It’s always important to get the name, address and any other contact information of the dog owner responsible for the attack. That information, even it’s the address alone can assist the police in their investigation, and also assist our lawyers with our own independent searches.