I had tell 3 different people today that our law firm couldn’t help them. I hate telling people that we can’t help, but it happens sometimes.

The reason we couldn’t help was the same in each case. Every single caller; all from different parts of Ontario, had been involved in an accident of some kind. And every single caller had waited too long to either investigate their claim, or had waited passed a limitation period.

While I like to think that our office is excellent and can work miracles, we can’t go back in time to collect critical data, witness statements, photographs of the icy patch where you fell, surveillance footage which has been destroyed, or change the law with respect to how limitation periods and notice provisions work. I wish I had a time machine. But I don’t. And without a time machine to remedy mistakes which had been made long ago (namely waiting too long to do anything), there was not much that the lawyers at my office could do to assist these people.

One of the most common things which I hear from injured accident victims in non car crash cases has to deal with surveillance. People always tell me that the cameras were on, and surely they must have caught my slip and fall accident on camera.

Sometimes, the answer to that statement is “yes“. The cameras caught your slip and fall and we have been able to preserve the footage.

This is even more common when people wait too long. It’s customary for stores to keep footage for a week or so, and then destroy it provided that there were thefts reported during that time period. Sometimes cameras aren’t even running! They’re just there to make would be thieves think twice before they act. What cameras are there for is to preserve the safety of the store itself. They’ve been paid for and maintained by the occupier. They are there for the benefit of the occupier. NOT for the benefit of the invitee/would be injured party. So, don’t expect to see much on those cameras.

The preservation of evidence in any personal injury case is paramount. In order for evidence to be preserved, there must be a conscious effort by one a party (usually the Defendant in an occupiers liability case), to preserve that evidence. If that party is not instructed to preserve the evidence, it might get destroyed. If it gets destroyed, it will make it more difficult for a Plaintiff to prove their case in open Court before a Judge and a Jury. Remember: In Civil Court, the onus is on the PLAINTIFF to prove their case beyond a balance of probabilities. That means that the PLAINTIFF has to show that the Defendant has wronged. The DEFENDANT is innocent until proven otherwise in Court. If the Plaintiff doesn’t do a good job at establishing liability on behalf of the DEFENDANT, then the DEFENDANT will win. Most personal injury cases are won and lost based on good and proper evidence. Without good evidence, the case is all but lost.

The only way to preserve said evidence is to get at it quickly. Waiting on jeopardizes the preservation of said evidence, and ruins your chances of success, before you’ve even had a chance to retain a lawyer.

Imagine that you slip and fall on a large patch of ice outside of your apartment building. You break your ankle in the accident. There are 2 witnesses to your accident. They both say that the ice patch was enormous. Both witnesses tell you that they will testify if you need them to. You don’t get any photos of the accident scene, nor do you get the phone numbers of the witnesses. You report the fall to the superintendent, but that’s pretty much it. You then procrastinate on retaining a personal injury lawyer. Why do you procrastinate? Because life happens and you get side tracked with other things.

1.8 years go by and you finally decide to meet with a lawyer. The 2 witnesses to your fall have now moved out of your apartment building. When you ask the superintendent for their names, it turns out that they were never renting in the first place. They were just living with the primary renter of the apartment, who has left the province and the forwarding address which they left is incorrect. There was no video surveillance of the fall. There are no photos of where you fell, or how large the ice patch was.

The property owner produces salt and sanding records for the date of the fall, just before you actually fell. These records show that they did in fact maintain the property to the best of their ability.

You want to refute these records with the witnesses to the fall. Surely they would be on your side and say that the property was a slippery mess. Unfortunately, the witnesses have vanished. You have no photos either. Your evidence is NOT better than their evidence. It may very well be that you lose on the issue of liability in Court, and then your case is toast.

YOU SNOOZE YOU LOSE

Had you retained or at the very least consulted with a lawyer earlier on in the process, they would have been able to point these seemingly trivial things out to you, so that the evidence in your case is preserved. That would at least given you a fighting chance to succeed.

Moral of the story: If you get into an accident, don’t sleep on calling a lawyer. You’re only hurting yourself by doing so. 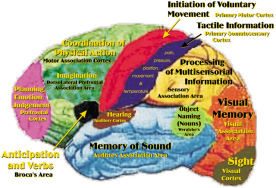 This story doesn’t take in to consideration the people who have called in the past following the expiry of the limitation periods in their respective cases. Every case has a shelf life on when a case can be started. If you happen to miss the deadline to start your case, then you’re case has lost even before it has a chance of getting off the ground. Again, waiting on contacting a lawyer only hurts your chances of success.

Anyone read today’s article from the Globe & Mail on the advances in brain injury research being done at the University of Western Ontario or “Western University” as it’s now known. Basically, they’ve taken a person who’s now living in a semi-persistent vegetative state following a car accident and have found ways to communicate with them. The person was unable to communicate since their accident. Doctors and scientists thought the person was unable to understand where they were or simple emotions. Here is a link to the article. What the doctors and brain researchers found was that a few people were able to understand their surroundings and communicate emotions. This is a huge advance in brain injury research and better understanding the workings of the brain following a traumatic car accident. Well done researches at Western U!

We here at Goldfinger Injury Lawyers wish you and your family a very happy and safe remaining few weeks of summer. The CNE has already hit in Toronto, meaning that our summer of winding down and the back to school season is creeping up faster than you think. Enjoy the rest of your summer while it lasts!