Want to know what an accident benefit adjuster’s gotta do to properly handle your case car accident case? Check out the below Arbitration Appeal review of Delegate Lawrence Blackman of the Financial Services Commission on Ontario in Christopher Hoang v. The Personal Insurance Company of Canada.

The Insured, Christropher Hoang was born on March 7, 1998. When he was just 6 years old, he was hit by a car. His right ankle was pinned under a wheel, and he lost consciousness. His Glascow Coma Scale reading was 3 out of 15; which is the lowest GCS score you can get while living. Think of being totally out of it on the ground, without responding to noise, movement, touch or any other sense. That was Mr. Hoang. He had to be resuscitated at the scene of the accident. He’s lucky to be alive.

Young Mr. Hoang brings an application to FSCO for payment of educational expenses in the amount of $11,300 and $30,193.90 for a rehabilitation support worker. He wins his application following a lengthy arbitration. For you readers out there, an arbitration is just like a trial, except there is no jury, and no judge. In place of a judge and jury, there’s an arbitrator, who has special knowledge in the field of accident benefits and car accident law in Ontario. Because this area of the law is so complicated, and ever changing, our government has tried to take these sort of cases out of the Court system and put them all through FSCO. I’ve even heard rumours of one judge of the Superior Court not wanting to see any more Accident Benefit cases be commenced in Superior Court. But I digress.

The notion that poor Mr. Hoang had to complete an arbitration to get his educational expenses and get his rehabiliation support worker paid for is troubling enough. All the hoops which Desjardins/The Personal had this poor kid had to jump through makes me very upset.

The term “unreasonable behaviour” has been defined by Arbitrator Palmer in Plowright v. Wellington Insurance FSCO A-003985 as:

“witholding or delaying payments can be seen as behaviour which was excessive, imprudent, stubborn, inflexible, unyielding or immoderate”

Now, you might think that $28,000 is a lot of money. For many people, it is. For a large insurance company, this barely makes a dent in their armour. It probably doesn’t even glitch on their radar. If this quantum is supposed to be a punishment, I can tell you with absolute certainly that a $28,000 special award is peanuts for an insurer which reports billions of dollars each year.

Before we continue, how much money do you think it cost Mr. Hoang and the lawyers for The Personal Insurance to argue this $28,000 special award appeal? Lets assume that each lawyer spent 20 hours reviewing and preparing their written appeal submissions. That’s 40+ hours of time combined. Let’s also assume that each lawyer’s hourly rate is $250/hr (which is VERY LOW, as many other lawyers will tell you). That’s $10,000 in billable legals right there between the two parties. Tack on another $1,300 in HST, along with $2,000 in disbursements, you’re looking at just under $14,000 in combined legals for a $28,000 issue. Just some food for thought as principal in personal injury/insurance cases often takes precedence over economics. Likely much more time was spent on these issues as this decision reflects the appeal alone, and not the actual arbitration which lasted days. 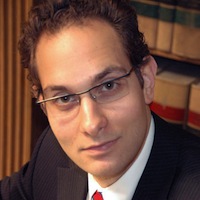 What’s important from this decision, is that it was found that the insurance adjuster for The Personal refused to attend at a team meeting to discuss the treatment of Mr. Hoang, and refused to watch a DVD containing information from Mr. Hoang’s treatment providers as to why he needed treatment. Instead, the adjuster place more weight on the results from the Insurance Examinations (IEs) which he set up. Essentially, it was found that the accident benefit adjuster made a decision that the IE reports which they set up had more weight then all of the other evidence combined, without really considering what that other evidence was.

At the Arbitration, the accident benefit adjuster stated that “in retrospect, perhaps that’s something I could have reviewed [referring to the DVD which his lawyers sent]”.

What this decision stands for is that regardless of the source of information, your accident benefit adjuster has a duty to review all information made available to them in order to made a reasoned decision and properly handle your accident benefit claim. If they fail to do so, they might get slapped with a “special award”. In my humble opinion, a $28,000 special award (which still needs to be quantified after the appeal) isn’t much of a deterrent for any large insurance company for unreasonably denying benefits. How does $28,000 replace the lost value of treatment following a catastrophic car accident. That’s not what accident benefits are for. That’s not how insurance is supposed to work. The true intention of the Insurance Act and the Statutory Accident Benefits Schedule is that it’s consumer protection legislation. We are getting away from that consumer protection intention year after year.

For more information on the Financial Services Commission of Ontario and special awards, contact Brian Goldfinger at Goldfinger Injury Lawyers. We would be pleased to help you out as best as we can.

Anyone catch Game #1 of the Stanley Cup Final? My heart says Patrick Kane, but my head says Zdeno Chara. Let’s see what happens.