I came across an interesting set of articles in today’s National Post and Globe & Mail. In Toronto’s Parkdale Community, City Council is proposing a cap on the amount of bars and restaurants in the area. Local residents are complaining of the noise, the late night crowds which the bars and restaurants attract, and don’t like that local businesses like drug stores and pharmacies are being pushed out by more trendy resto-lounges etc.

Residents are also complaing that they were once able to walk outside and buy a loaf of bread or a lightbulb at the local corner store. Now, with the influx of all of the bars and restaurants, they have to walk further, bike or….DRIVE! YIKES.

If any of you remembers what Parkdale was like some 10 or 20+ years ago, it wasn’t pretty. I’m just glad to see that the neighbourhood is gentrifying and people are actually flocking to the area with money to spend in local community (in the right legal way, not the underground illegal way). Here are links to those articles. 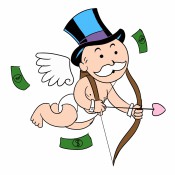 So, what does all of this talk of restaurant caps have to do with the exciting world of personal injury law?

Did you know there’s a cap on general damages for pain and suffering in Canada?

YES there is. Your damages for pain and suffering following an accident are capped at around $310,000-$320,000. Here’s a link to one of the three Supreme Court of Canada cases which lay the foundation on a cap for non-pecuniary damages.

Did you know that there’s a cap on how much money you can recover for your accident benefit claim in Ontario?

Did you know that standard Ontario automobile policies have limits of just $1,000,000? Now, a million dollars might seem like a lot of money to you, but let’s say you’re earning $100,000/year, and you’re 50 years old and you’ve been in an accident and can’t work for the rest of your life. You planned on working until the age of 67. Your past and future income loss alone would be quantified at 17 years of lost work mulitiplied by at least $100,000/year (a figures which does not take into account raises, benefits or inflation). If my math is correct, that’s a past and future income loss of $1,700,000. That’s $700,000 over the policy limits of a standard car insurance policy in Ontario. This doesn’t even take into consideration any damages for pain and suffering, past/future care costs, Family Law Act Claims, out of pocket expenses, attendant care, or any other head of damages which you can think of.

Based on my VERY simple math, I hope that all of you reading this Toronto Injury Lawyer Blog Post contact your insurer or insurance broker and pay the additional $5-$10/year to increase your policy limits from $1,000,000 to $2,000,000. What can I say? It’s worth the money. Let’s just hope that you never need to access these funds.

So, all of that cap talk on restaurants and bars in Parkdale, made me think of all of the caps and limitations for personal injury (in particular, car accident claims) in Ontario. I appreciate that the citizens of Parkdale want a beautiful community. But before the bars and restaurants moved in, ask yourselves what was Parkdale like? Was it a desirable area? If so, to whom was it desirable to? Were property values high or low? Was is a safe neighbourhood? Were there commercial vacancies along the Queen West Strip? Were people moving in and moving their money to the neighbourhood?

My take on all of this cap talk is the same I have on Insurance Law talk. It’s a free market. Don’t interfere with the forces of the market. If you’ve been hurt in an accident, man made draconian accident benefit laws should not dictate how your award flows. Man made definitions of catastrophic and serious and permanent which were introduced at the behest of insurance companies to save them dollars should not dictate your lives. The same goes for the bars. If an entrepreneur wants to invest $250,000 to renovate a storefront on Queen West in Toronto which used to be vacant to build his restaurant business, then let the guy do his thing. He’s just trying to make a living like everyone else.