Let me preface this Toronto Injury Lawyer Blog Post by stating that I have nothing against insurance adjusters. Really. I don’t. It’s a job. The work is steady. The hours are probably ok. The so called “work-life” balance is there. Pay is good. Benefits gotta be good if you’re working for an insurer.

We get calls at our office from people who have recently been involved in all sorts of accidents. Car crashes, motorcycle accidents, dog bites, slip and falls. You name it. Our law firm hears about it.

The moment an accident is reported, it sets the wheels in motion at your insurance company. The first step is getting you on the phone and likely RECORDING your phone conversation or taking detailed notes of everything you say. A lot of the questions are very basic. When when your collision? Where did the accident happen? What time did the crash take place? Were you injured? What are your injuries?

The the questions might get a bit trickier, or make you feel uncomfortable. Were you charged? Did the police attend at the accident scene. What was the badge number or detachment of the officer? What was your income in the past 52 weeks? Are you self employed? Have you recieved any form of income from a disability plan in the past 52 weeks? Do you have any dependants? How old are they? Do you rent or own a house? How many stories is your home? Carpeting or hardwood?

You’re probably thinking what the hell do all of these questions about my income, dependants and my house have to deal with a simple car accident or dog bite claim? And you’re right in thinking that. But, the insurer wants to gather as much information as possible about you in order to assess your claim, evaluate their risk and finally, determine whether or not you have a strong case. They will also try to trip you up, so as to stop your case in its tracks, before it even has a change of getting off the ground.

Over the phone, they will tell you that they’re sending you a few form, or a standard package in the mail. This package is LARGE and the wording is difficult. Trust me when I say this, these stanard forms in the accident benefits package are confusing. So confusing in fact that Ontario’s government tweeks, tinkers and changes them once every four years or so. 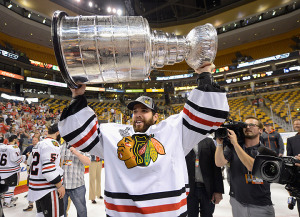 Then the adjuster will try to set up a meeting with you. It will be described as an informal meeting, just so we can get a bit more information from you. They may refer to this meeting as a “statement”. But beware, these statements are much more formal then the insurance adjuster will lead on over the phone. Some adjusters record the statements. That means that they record every word that you say. These words can later be used against you in a Court of law. Scary? It should be. Other adjusters get written statements and make you sign them, along with a whole whack of other paperwork you likely don’t understand or haven’t read. The fact that you haven’t read the paper work is no defence in your case.

Sometimes what you tell the adjuster isn’t the same thing that they record on their statement. You might tell the adjuster that you were turning left on King Street in Toronto with a green light. The adjuster then might write that you were turning right onto Bathurst against a red light while on your cell phone. The discrepancies in these statements can sometimes be shocking. You say the road conditions were smooth and dry. The adjuster records that you said that the conditions were icey, wet and slick. It’s mind blowing what people say vs. what some adjusters write.

A good adjuster knows that you win more bees with honey then you do with vinegar. That means that the nicer and more welcoming you are, the more information you will be able to withtrack from a naive plaintiff. That information is later used against that person against them. It comes with great shock to many of our clients when these statements they gave to “that nice lady from the insurance company” come back to haunt them later on in their cases.

Lesson? Be careful what you say to the insurer. Best legal advice is NOT to speak with anyone from the insurance company about your case until you have a lawyer nearby. Preferably, a lawyer from Goldfinger Law, but hey, I’m a bit biased. 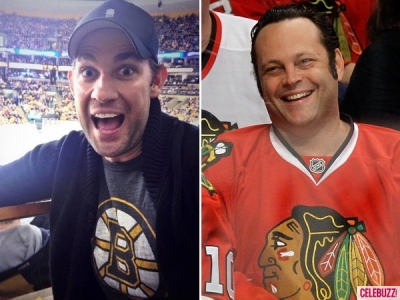 On to bigger more important things: The Stanley Cup. Do you think that the Stanley Cup will come to Toronto in your lifetime? After watching the level of “compete” displayed by Boston and Chicago, I don’t think that any Toronto franchise will ever have what it takes to get the job done. I’d love to be proven wrong. And on the topic of championships, do you think that Toronto’s basketball team will be able to compete with the defending champs? I don’t. Our team has a lot of work to be done, and attracting talent has never been our strength.