I want my Court date NOW.

I want to my trial NOW.

I want my case settled NOW.

But I don’t want to pay a dime to my lawyer. Or, I’ve paid my lawyer lots of money, but I haven’t seen my case progress whatsoever and I want to see some results already!

These are common demands of litigants in Ontario’s civil justice system. Such demands don’t only come out of car accident, brain injury, or motorcycle crash cases. All litigation lawyers see such demands from their clients in a wide array of civil disputes. Patience, persistence, a good contingency fee lawyer or very deep pockets have now become hallmarks of our legal system.

Our Courts are slow. Procedures are long and drawn out. Discoveries take years to schedule. Good luck getting a trial date in Toronto. Don’t believe me? Read it for your self directly from a Judge sitting right here in the Toronto Superior Court of Justice.

The Decision is York University vs. Michael Markicevic and others. It’s a case whereby the University is alleging fraud to the tune of 1.2 million dollars against Mr. Markicevic and a whole other slew of Defendants. Fraud cases are tough because they survive bankruptcy. That means that if a Plaintiff gets a judgment for fraud against a Defendant who has declared bankruptcy, then the Judgement doesn’t go away because of the bankruptcy. The Judgment follows the Defendant even AFTER the bankruptcy until the judgment has been paid or an agreement has been met. Legal tip # 201: Don’t get sued for fraud. It’s a tough case to shake!

Here is the Honourable Justice D.M Brown’s decision. It’s a fantastic read, and provides a great commentary on the state of today’s civil justice system.

What it boils down to is that Justice Brown lashes out against the state of the Court and present day litigation. He says that today’s Court system is heavily skewed in favour of rich and deep pocketed litigants. It makes it near impossible for litigants without money to pay their lawyers to see the inside of a Courtroom.

Here is the Globe & Mail’s commentary on this decision, which is also a very good read.

Why is this case important? First, the Honourable Justice Brown is speaking his mind, which I love reading and if you have any interest in the justice system, so should you too. Remember; this is coming from a JUDGE. Not some self promoting lawyer on the internet, or some talking head on television who has never seen the inside of a Courtroom.

Secondly, it gives notice to everyone across Ontario that our legal system is flawed, and has been flawed for who knows how long. When I articled, my principal, a very well respected Toronto lawyer called to the bar in 1966 (before many of us were even born), told me that he was running at least 2 trials per week; and not a day went by when he wasn’t in Court for something or other.

Getting a motion date was instantaneous. Now, we have to wait 5 months to get a civil motion date in Toronto before a Master for under 1 hour of time. Even longer if you want the motion date to be before a Judge for over an hour! 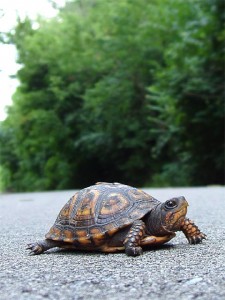 This decision is also important because it tells litigants of the value of having a good contingency fee lawyer for their accident or disability case. If the Court system is so slow; and insurers have deep pockets to wait things out and drag your case along. Then you’d better be certain that your lawyer is in your case for the long haul and isn’t afraid to run your case for years and years and years without getting paid anything until and unless the case resolves. This is a big risk on the lawyer’s part.

We here at Goldfinger Law take on all of our accident and disability cases on a contingency fee basis. That means that you don’t have to pay any legal fees until the case settles. Which is good for you because based on Justice Brown’s decision, he’s make it clear that your case is going to take a long time to get resolved. Nobody wants the additional burden of paying for legal fees, on top of their other obligations likes a mortgage, rent, hydro, food, child support etc. This is too much for one person, or one family to handle; particularly after a catastrophic accident.

I also love this decision because now my clients can see first hand what we try to emphasize to them from day one. Car accident cases, and all other civil cases are marathons. They aren’t sprints. If our lawyers could get you $1,000,000 tomorrow, we would. But the Courts and insurers don’t work that way. Things tend to be lengthy and drawn out. Insurers have a great reason for this. The longer they hold out not paying you, the more money they collect on their investments and the greater the chance that your case will implode for whatever reason. At the end of the day, many of the large insurance companies which we see here in Ontario are publicly traded companies on the stock market. They report back to their shareholders. Their obligation is to turn a PROFIT for those shareholders. The customers, or the insureds of these multinational corporations are an afterthought once a claim is made. Once a claim is made, profit is LOST. An inactive, premium paying policy is the best policy for an insurer. An open file is a bad file. A closed file is a good file.

Enough talk about insurers and the economics of it all. Read Justice Brown’s decision. It’s a great read.

If you have any questions about that case, or why the Toronto Raptors are going to trade Demar DeRozean, Rudy Gay, Amir Johnson and all of those other players who you’ve come to sort of like, then drop me a line. I’d be happy to rant for you about the most poorly run franchise in all of the NBA. Yes: I believe that Toronto’s basketball team is even more poorly managed then the Bobcats or the SacTown Queens. Is Toronto entering the Andrew Wiggins sweep stakes? Do you think the NBA will let the Toronto market get their hands on the young phenom? I’m not sure what to think anymore. All of my NBA conspiracies have come true over the past 2 years. Would I love to be a fly on David Stern’s wall at the Board of Director meetings!