Yesterday, there was a fatal crash on Highway 401 just outside of Whitby. The accident involved 4 vehicles (a Toyota Corolla, a transport truck, a tour bus, and a Pontiac motor vehicle).

There were 3 passengers in the Corolla. The driver (47 years old) and front seat passenger (29 years old) was taken by ambulance to the hospital with very serious injuries. The third passenger was seated in the back seat. He passed away at the accident scene. At law, this is what we call a fatality claim. Those claims, contrary to popular belief, do not attract as big as settlement as you would think. The pain and suffering for such claims is limited from the time of the accident, to the time of the death. If the death is instantaneous, the damages for pain and suffering will not be significant.

Where the damages can get significant are where there are Family Law Act Claims, along with claims for loss of income to the family.

Let’s imagine for a second that the person who died in this car accident was a the sole income earner for a family of 3. He earned between $40,000-$60,000/year and supported his entire family on that salary. He also had benefits for the whole family. Health, dental, drugs etc.

Now that this man has passed away, the not only is the emotional value of the loss significant; but so is the economic loss to the family. The family is without any income coming in, and all benefits which they were entitled to are likely stopped on account of the death.

Looking at a fatality claim this way, it can be a very significant claim. But the claim can go in the opposite direction.

Let’s say that the person who passed away was unemployed, on disability, single, without any dependents. In this scenario, the value of the claim will be significantly less than the employed father with 3 dependents.

The facts change EVERYTHING at law.

With the long weekend fast approaching, our law firm thought it would be a good idea to put up a few quick tips regarding how driving fines/infractions have recently changed in Ontario. You know: a little “know your rights” segment of the Toronto Injury Lawyer Blog:

Ontario’s Drinking & Driving Laws Have Changed! There are MUCH harsher penalties now for drinking and driving. Any driver aged 21 and under, regardless of license or class, or a novice driver caught with ANY alcohol in their system will receive a fine of $500 and receive at least a 30 day license suspension. All drivers who register a blood alcohol concentration or BAC from .05-.08 (the “warn range”) will lose their license at roadside for 3-30 days. Drivers caught more than once will face mandatory alcohol education or treatment programs and will be forced to use a breathalyzer to start their car!

Drivers with a BAC of .05-.08 are around 7x more likely to be involved in a fatal collision than someone who has not been drinking.

TEXTING & DRIVING: Drivers caught talking, texting, typing, dialing or emailing using a cell phone or another hand held device will be subject to a fine of up to $500. That’s not as hefty as I would expect, but a significant fine none the less.

A driver operating a cell phone is 4x more likely to be in a car crash than a driver who is focused on the road and focused on driving. 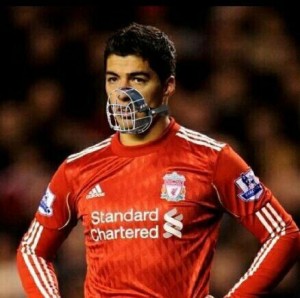 SMOKING & DRIVING As of January 21, 2009, smoking in a car with passengers under the age of 16 is illegal and subject to a fine of up to $250
WHEN I SEE A POLICE CAR ON THE SIDE OF THE ROAD WITH FLASHING LIGHTS: In order to increase safety, Ontario’s Highway Traffic Act requires motorists to slow down and pass with caution when approaching a police, fire or ambulance with its RED lights flashing, which is stopped in the same direction of traffic. If the road has 2 or more lanes, the motorist must move over in to the other lane, if it can be done safely.

A first offence is a fine of $400-$2,000, plus 3 demerit points upon conviction. For a second offence within 5 years from the date of the initial offence, the fine increased to $1,000-$4,000 with possible JAIL TIME of up to 6 months and a possible suspension of driver’s license for up to 2 years.

USE OF HIGH OCCUPANCY VEHICLE (HOV) LANES ON ONTARIO HIGHWAYS: HOV lanes on Ontario Highways are already in operation on Highways 403, 404 and the QEW. They are reserved for vehicle carrying at least 2 people (ie a driver and a passenger) for cars, vans, motorcycles, pickup trucks, taxis and limos. Buses of all types are allowed to use the HOV lane at ANY time, regardless of how many occupants are on the bus. Emergency vehicles are exempt from these restrictions.

HOV lanes can only be entered and exited at specific locations. You can enter or exit the HOV lane wherever closely spaced broken lines indicate a break in the striped buffer pavement markings. These broken lines are wider and closer together than regular broken lines in the road. The HOV Diamond symbols are also more frequently and closely spaced.

Drivers using the HOV lane improperly can be stopped and ticketed by OPP Officers monitoring the HOV lane. The penalty for improper use is a fine of $110 along with 3 demerit points.

Enough law talk? Not quite yet. I’ve been pretty vocal about the lack of resources for the civil courts. There are simply too many files going around, and not enough resources for the Courts to handle them all. In order to save time and money for the Courts, and for my clients we do our best to bring Applications or Motions in writing when it’s best to do so. This frees up Court Rooms space and sparse judicial resources. It seems that the Court registrar would rather see the pretty faces of our lawyers in Court, rather than have motions or applications be heard in writing. We’re happy to attend. BUT, if you put our records to a Judge, I’m pretty sure they’d much rather these records proceed in writing rather than in person..save time…save money…just trying to help you guys out here.