Posting your new job on LinkedIn.

But just because something is fun or popular, doesn’t mean that it’s right for you, particularly when you’re in the middle of a litigation battle against a large, deep pocketed insurance company.

The purpose of this Toronto Injury Blog Post is to show you how insurers can and WILL use social media against you to defeat your credibility and to defeat your personal injury case.

If you didn’t already know, insurance companies will do everything in their power to defeat your claim.

If that means spending $50,000, to avoid paying you $10,000 on a claim which they deem to be without merit, then they certainly will. Our lawyers have seen accident benefit files where insurers refuse to pay an injured accident victim who cannot work a $400/week income replacement benefit, but instead, send them to countless assessments which cost between $7,000-$15,000. The cost of the medical assessments were 7-10 times the cost of the weekly benefit.

10 years ago, when social media was young, the majority of surveillance undertaken by insurers was through private investigators. These are people who are paid by the hour to follow an injured accident victim around, and take picture or video of them. Their goal was to show the accident victim living a healthy, day to day life. They also wanted to get visual proof for their insurer client of the Plaintiff doing things which s/he said that s/he could not do.

So, if for example, you say under oath at your Examination For Discovery that ever since your car accident that you ALWAYS need to walk with a cane; and then the investigators get images of you going out for a leisurely morning run without a cane; that will put a real dent into your credibility and hence your case.

A judge and jury will have a difficult time believing you and your story about how the accident happened and the extent of your injuries if the surveillance shows that you’re a liar!

This sort of “old school” surveillance, while very effective, was also very time consuming and very expensive. Imagine camping out of somebody’s home for hours and WAITING for something to happen. What happens if the person doesn’t leave the house; or the images taken by the investigator are blurred? What happens if the weather is bad making it impossible to capture any decent shots? What happens if the subject no longer resides at the address?

This translates in to a lot of wasted time for the investigators, and wasted money for the insurance company. And, if there’s ONE things that you ought to know about insurers is that they DON’T like to waste money. This, after all, is a business for them. Don’t believe me? As of the day of writing this Blog Entry, Co-Operators Insurance is trading at around $24.10 on the Toronto Stock Exchange. Check the ticker!

Enter Social Media! Whatever you post online, stays online. Lots of the status updates, photos, videos etc. you post are online FOREVER! Ever try deleting your Facebook profile? Not an easy, one button task. There are loads of steps and prompts you need to take. And even AFTER you’ve deleted that account, the online footprint remains.

Insurers quickly figured out that it’s far less expensive and far more effective to creep you and stalk you online, rather than send out an investigator to do the same in the field. One of the first steps insurers will do when they have an active file is to search for your online profile. Checking you out on Facebook, Twitter, LinkedIn, MySpace, Instagram, Pintrest, Vine, Google+! You name the social networking site, they’re on it. 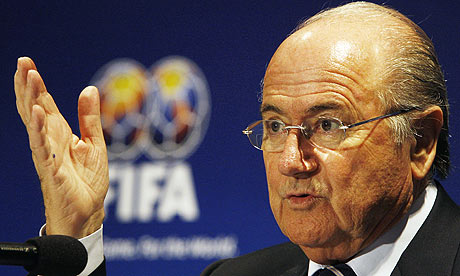 But Brian: How can they get this information is my privacy settings are set to PRIVATE? Good question. First, just because your privacy settings might be set to private, does NOT mean that an insurer will not be able to get their hands on that information by way of Court Order. It happens frequently.

Secondly, if you have your information set to PRIVATE, don’t put it by an insurer to retain an investigator to pose a random old school mate, or acquaintance and randomly add you in order to get the information that they want.

My favourite is what insurers will do with those online games you play such as Farmville or Candy Crush. For anyone whose ever played any of these games, they are enjoyable, incredibly time consuming and incredibly addictive.

The more hours you spend in front of a computer screen playing, the more hours you’re showing real work related skills. Prolonged sitting. Prolonged concentration. Prolonged focus on a single minded task. Even a degree of computer literacy to a certain extent. An insurer will argue that all of those skills are transferable to work environment. If you can spend hours upon hours staring at a computer screen playing those games, then why can’t you spend a few hours a day performing data entry or quality control in front of a computer screen in an office environment. If the judge or jury buys that argument, then they’ve succeeded at making a significant dent into your income loss claim and in to your case.

What can you do to avoid this from happening to you? Delete your social media accounts! Stop using social media while you’re in the middle of a hotly contested litigation battle against a large insurer. Watch what you do and watch what you say. A bit of paranoia is ok. I would be lying if I told you that an insurer would NOT follow you around. That’s exactly what they do, and they do it for very good reason. If they catch you doing something incredible damaging to your case, it could be the piece of evidence they need to compel a Judge and Jury NOT to award you ANY damages. I’ve seen accident cases turn on a dime and swing in the opposite direction as a result of devastating surveillance evidence; both real time and cyber surveillance.

Conducting cyber surveillance is so cheap, and so easy to do. There is NOTHING stopping an adjuster from Googling your name and finding out whatever they can find out online about you. So be ready and be cautious of what you put out there for the world to see; whether it’s intentional or not.

Enough law talk? Sure. World Cup began last week in Brazil. I’m a big soccer fan and really enjoy the World Cup. BUT, this year’s tournament isn’t without regret. It saddens me that FIFA forces the host nation Brazil to spend hundreds of millions of dollars on new soccer stadiums, instead of using that money for healthcare, food, shelter, water, better infrastructure to under developed parts of the country. FIFA did the same to South Africa when they hosted the last World Cup. Now, there’s a brand new stadium in Cape Town which cost South Africans $600M to build. It now stands EMPTY, and costs around $8-$12M/year to maintain. The stadium runs at a loss and doesn’t have a tenant because it’s too big and too expensive. Here is a link to a great article from the Globe & Mail on the economic ruin left behind from the stadium debacle at last year’s World Cup.

Soccer is great. Let them play. But don’t force the host nation to build stadiums at great burden to the public purse in order to host the event. Use or retrofit the old existing stadiums so that a disproportionate amount of money doesn’t flow to soccer and to the developers who built the stadiums . Instead, it can flow to people who really need the help. At the end of the day, soccer is a game. But life is life. Too socialist for you? Perhaps. But when you’re dealing with FIFA, a ridiculously corrupt, “not for profit organization” with ironically, over a billion dollars in its Swiss bank account who doesn’t have to pay any taxes on the World Cup, it’s hard not to be.