When will my case settle?

When will I get compensation for my injuries?

When will my case close?

These are just a few of the most common questions that our lawyers are asked at our firm. They are very good questions to say the least. It’s entirely understandable when an inncocent, injured accident victim would want to know when their case will close and when they will receive compensation for their injuries. Living with a looming legal case over your head; having to worry about surveillance, medical appointments with insurance doctors; attending at discovery; attending at Court is all very worrying and taxing to one’s psyche.

For you and the insurance company, a closed file is a good file. And for innocent accident victims, settling their case helps bring a sense of closure and finality to the case; so that they can close that chapter of their lives; and move on the next. Our lawyers often see a catharsis and sense of relief; light a large weight/burden is being taken off a client’s shoulders once a case is closed and settled.

So, if there are so many positive elements to closing or settling one’s file; then WHY DOES IT TAKE SO DARN LONG TO DO SO?!?!?!

Many elements in personal injury litigation are ENTIRELY OUT OF YOUR CONTROL. Many elements are also out of control of the lawyers as well. Don’t beleive me? Take a look at some of the examples below which emphasize my point:

1. There is a lack of judicial resources to hear your personal injury case. There is a lack of Court Room space. There is a lack of Court Clerks to process your case. There is a lack of Judges to hear your case in a speedy manner. If our law firm were to set your case down for trial in Toronto, London, Newmarket or Brampton today (June 11, 2014), the trial would likely be heard some time in 2016! The same principals do NOT apply to family law or criminal law. This is seen particularly in civil law (car accident/injury law), because money to award people compensation for being wrong or hurt can wait. Human justice in criminal cases (people serving jail time) along with family compensation (think child support and spousal support obligations) are far more important for the Courts to deal with. The Court’s resources are more focused in these areas, than they are in Civil law. Go to Court in Cobourg or Guelph. There’s ONE BIG COURT ROOM. First they hear Criminal Matters. Followed by Family Law Cases. Then followed by Civil matters such as those personal injury cases.

3. Here’s the reality of personal injury law. THERE’S A LOT OF PAPERWORK that needs to be requested, reviewed, processed, bound, analyzed, read and re-read. Even in a paperless law office where every document is scanned; all of those documents start as PAPER. All of that paper work needs to come from somewhere. Whether it’s the police, a doctor’s office or a hospital. Collecting all of that data also takes time. Our law firm requested an OHIP Summary from the Ontario Ministry of Health sometime in 2013. It took 10 months for the OHIP record to be produced! this wait time is not uncommon for such records. Hospitals and doctors can also be notoriously slow. This contributes to delays and slowdowns in personal injury cases.

4. It takes two to tango! If the insurance company does not want to offer you fair compensation for your case, then it won’t settle. You will have to wait until your number is called by the Court which is a very long time. I’ve already mentioned about the delays in our Court system. Insurers will use these inherent delays in the system to their advantage to let the case lag on hoping that you will slip up; or even suffer from some life altering event which may change to nature of your claim (death, another accident, cancer etc.). Your case become much more difficult to prove and less compelling of you can’t take the witness stand.

5. The strength of your case along with the complexity of the claim have a big impact on settlement. If you’re involved in a multi party dispute, then the insurer will not likely want to settle with just one party, and leave the other cases wide open. The cases will likely need to be settled together, and certainly tried together by the Court. It takes a lot of time to co-ordinate the cases to make sure that they’re running on the same page. Ever try booking an appointment for 2 opposing lawyers, 1 insurance adjuster and 2 accident victims for the same day? It’s tough. Now try multiplying that number by 3 and you’re booking a settlement meeting well in to 2016. 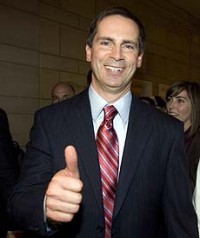 6. My last point, and probably one of the most important points to consider is that insurers are NOT in the business of paying people out money. Insurers are in the business of risk management, investing money and MAKING MONEY. The more money they pay out on your claim, and the quicker that money is paid out, the less money they have to report in profits or the less money they can invest and collect interest on. If insurers just paid every claim out right away at top dollar, then they wouldn’t exist. Take Intact Insurance. They’re a publicly traded corporation which trades on the Toronto Stock Exchange (TSX). Their stock symbol is IFC. As of the date of writing this Toronto Injury Lawyer Blog Post, their stock price was $73.99/share. The 52 week low was $56.44. The 52 week high was $74.37. They’ve increased their dividend per share every year since 2005. They are in the business of MAKING MONEY for their share holders and CEO. The more money and the quicker they pay out your claim, the less MONEY they make for themselves. That’s what it’s about for insurers. Once you understand that it’s nothing personal, the better you will understand how insurers view your claim. You will also be able to better understand the system and how personal injury claims are processed and viewed by insurers.

Enough law talk? Sure. On to Ontario’s provincial election #ONpoli. My friends in Northern Ontario tell me that their roads are paved with Orange signs. Based on my travels to Southwestern Ontario and Peterborough, I’ve seen lots of red and blue. The same goes for Toronto and the surrouding GTA.

I’ve gotta tell you. This race for Ontario’s leadership is too close to call. I’m predicting a minority government for either the Liberals or the Conservatives. I will go out on a limb and predict that Tea Party Tim Hudak becomes the next Premier of Ontario with a minority PC Government. The Liberals in a VERY close second. Wynne stays aboard as leader of the Liberals to manage the opposition (who really wants that job). Hudak as a minority leading premier can’t get anything done. Another election is called. Instability and name calling ensues. I also predict that with a Minority Conservative government that funds are used to call out the Liberals on the gas plant and the Ornge scandals to further discredit them.

I really thought that with the election called, this was a great opportunity for the NDP to make some headway. They didn’t. I don’t know if was on account of a lack of a proper party platform or a lack of funds. I just don’t think that their campaign had the drive or direction to make an impact.

But tommorrow is election day. And you never know. We could all wake up Friday morning to a Green Party Government.

No matter your political allegiances, get out there and excercise your right to vote.