When innocent parties get run over by a car, or hit while they’re riding a bike, they automatically think that some for of insurance company will respond to their claim.

On one hand, they’re right: some FORM of insurance should respond. But what form that insurance comes in (private/public/fast/slow) is a different story.

The insurer of LAST resort is the Ontario Motor Vehicle Accident Claims Fund or “The Fund” as it’s known to many lawyers across Ontario.

But, getting the Fund to respond to your claim is not as easy as it sounds, nor are they quick to act in any way, shape or form. After all, we’re dealing with a government entity.

In Ontario, we have a system of no fault accident benefits. That system, is supposed to provide all injured accident victims with support for their rehabilitation costs which are not covered by OHIP after an accident. Physiotherapy, chiropractic care, occupational therapy is all NOT covered by OHIP, except in very limited circumstances, either through the hospital or through Community Care Access Centre (CCAC).

Imagine you were walking and a car ran you over because the driver wasn’t paying attention to where they were driving.

The hospital puts you in a cast, and tells you that you will need extensive physiotherapy rehabilitation. If you don’t get that rehabilitation soon, then your leg might not heal properly. Who is going to pay for the cost of this rehabilitation? Do you have the money to pay out of pocket for these costs? Is it fair for you to have to pay for these costs out of your own pocket and cause you financial worry and strain considering that the car accident which caused this injury was NOT your fault?

We automatically think that the at fault driver’s car insurance is going to be responsible for the costs for these accident benefits.

If you did not have insurance of your very own, then you would be correct in thinking this.

Where is the money going to come from? How are you going to get the compensation you deserve if there’s no insurance to be found? How long will you have to wait to get some insurer to pay for your rehab costs?

When you have your OWN car insurance, then the answers to these questions are simple, but difficult to understand because for many, the law in this area doesn’t make much sense.

The advantage to having you own car insurance, even as a pedestrian is that there’s a guaranteed party to claim from. Your own insurer should respond more promptly, and more efficiently than another insurer who doesn’t know you. If they’re good, they should pay for the compensation and treatment you need (although all too often this does NOT happen). 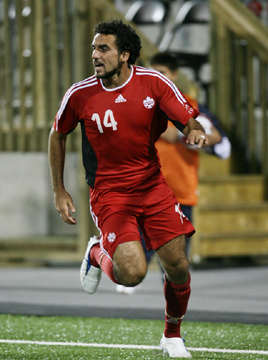 Let’s say you didn’t have insurance at the time of the accident. The next source of insurance would be the at fault driver.

There are the problems our lawyers have seen when accident victims need to report to insurer who are not their own.

Firstly, the insurer doesn’t want to pay (naturally), particularly for accident benefits for an injured party who is not their insured.

Then the insurer will quickly go in to the pass the buck routine of trying to pass the responsibility and liability for the claim, along to a different insurer.

All of these routines cause undue delay and hardship for the accident victim. While the insurer is playing the blame game, benefits may not be flowing as quickly as one would expect. The delays which lasted only a few days, quickly turn in to a few weeks, and a few months.

While legally, NONE of this should be happening, the reality is that it does in fact happen. People fail to recognize that obtaining justice takes time. A lawyer can’t exactly go to the head office of an insurer and threaten violence or harm if their client isn’t paid (although at times we would certainly feel like doing that; and I’m confident that many clients wouldn’t mind either).

The slowest dance you will see is that of securing benefits from the Ontario Motor Vehicle Accident Claims Fund. I sometimes think they’re deliberately slow to deter people from making claims against them. One of the first steps that the Fund will take is scheduling an Examination Under Oath to determine that there is in fact no other source of insurance that an injured party can claim from.

Here’s an oldie, but a goodie case where the parties involved in a catastrophic motor vehicle accident brought three separate motions to determine who was responsible for paying accident benefits to a beautiful, young woman who was hit by a guy taking his father’s uninsured car for a spin. The lawyer for the Plaintiff in that case was a pretty sharp guy who did a wonderful job!

The gist of these scenarios is that it’s great that the Ontario Provincial government has set up a fund for people who are victimized by car accidents where there’s no insurance in place. But, going through that process is slow, arduous, and difficult for the injured party compared to a scenario where they had their own insurance, or were hit by a car that was insured.

I’d like to discuss the epic failure of Toronto’s professional soccer club. In 8 years, they have not once qualified for the playoffs.

They paid 2 players a LOT of money. One of those players clearly does not want to be playing in Major League Soccer anymore. Could you blame him? He is truly more talented than 99% of the league. But when you’re paid a lot of money to play, and you won’t play because you old coach and friend got fired and you think your teammates are beneath you; it’s not very professional. There’s still a chance that Toronto can qualify for the playoffs. That would be great for the fans and the players who WANT to play for Toronto alike. With 9 points remaining on the table, who knows what will happen. This season will either go down as an epic success (making the playoffs), or an epic failure (if they don’t). What worries me most is that there are two expansion teams on the horizon in the Eastern Conference who are making some great strides off the field. I’m not sure that Toronto will be able to keep up with their pace and high profile acquisitions.

There’s nothing more our lawyers would rather see than Toronto’s soccer club making the playoffs. Once you’re in, anything can happen. It would not surprise me in the least if they came up just short. My pessimistic attitude towards the club has only been built over the past 7-8 years of mediocrity and disappointment.