What’s new for 2016? Well, Ontario has a set of laws which have just kicked in pursuant to the aptly named “Making Ontario’s Roads Safer Act“. As an aside, Ontario along with other jurisdictions have a tendency of giving grandiose names to acts which make the public think that they are not only AMAZING, but also do what they say they do. The reality is that within these incredibly named acts, there are sometimes provisions which have little or nothing to do with the name of the Act as well. Sometimes, it’s a way for legislature to pass laws under the rug, without the public or media catching on. We often see this with car insurance and the Statutory Accident Benefits Schedule and the Insurance Act.

In any event, the Making Ontario’s Roads Safer Act is a fantastic name for a set of laws. Whether or not it will do what it purports to do is still up in the air.

Here’s what you need to know:

There are increased fines for violations at crosswalks, school crossings, and pedestrian crossings. Those fines are DOUBLED in Community Safety zones. Drivers will be fined $150-$500 along with 3 demerit points for such offences.

Cyclists must follow the same rules as drivers, and may face the same fines and penalties as well. However, I’ve never seen a cyclist get demerit points for a cycling offence. And because cyclists are unlicensed, they can’t be told by the police or a judge that they aren’t allowed to go out and ride their bike again. Or at least this lawyer hasn’t seen that happen in Court.

This law was intended to make roads safer for school children, pedestrians and crossing guards. According to the Ontario government, these groups are the most vulnerable road users with the least amount of protection according to the Chief Coroner’s Report on Pedestrian Deaths in Ontario.  If you want a study which states the obvious, and will also put you to sleep within 5 minutes, take a quick read at the Chief Coroner’s Report on Pedestrian Deaths. . Some quick stats from the report you MAY find interesting:

In Canada, characteristics of pedestrian traffic fatalities are as follows:

I can tell you with 100% certainty that it didn’t take a million dollar study and fact finding missing to come to the conclusions they did in this report. Roads aren’t safe for pedestrians, and they need to be made safer. Fines and penalties need to be increased. Traffic calming zones are a must.

You may be asking yourself, what’s the difference between a pedestrian crossover, a crosswalk and a school crossing? Good question because what used to be obvious is now being made increasingly complicated by our legislators.

Pedestrian crossovers are identified by specific signs, pavement markings and lights- they have illuminated overhead lights or warning signs which are activated when a pedestrian pushes a button. 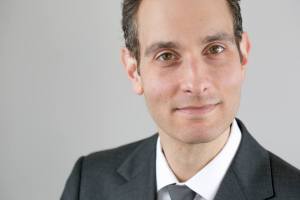 The onus is now on pedestrians and cyclists to wait for the pedestrian to COMPLETELY cross the road before they can continue with their respective routes. What is the likelihood that police will stop cyclists from COMPLETELY stopping and waiting the whole time for the pedestrian to cross the street? My guess is that unless the police are mandated to take an extreme shift, they likely won’t enforce this strictly against cyclists. But, we will have to wait and see how these new set of laws play out. Every police force and municipality will deal with these laws differently.

I was asked by a fellow lawyer at a New Year’s party whether or not I thought these laws would have any impact on the safety of community streets. I don’t think so. The catastrophic pedestrian accidents we see, either the pedestrian is not paying proper attention to the roadway, or the driver is simply driving like an idiot (too fast, not paying attention etc.). If a car runs a stop sign, the motorist is at fault YES. But the consequences for the pedestrians (catastrophic injuries) are far greater than the consequences for the motorist ($500 fine plus 3 demerit points). Best to watch yourself as best as you can. The law will be on your side, but the law can’t help you regain your health if you’ve sustained catastrophic injuries following a serious collision.