99% of personal injury cases in Ontario settle without ever going to trial; or without ever seeing the inside of a Courtroom for that matter.

The same cannot be said for criminal cases in Ontario. The government keeps stats on the percentage of criminal cases which go to trial. These stats are displayed on the Ontario Court of Justice website, and vary from month to month, depending on the offense.

There are a lot of lessons which can be learned when a high profile case such as the Ghomeshi case goes to trial. What happened in that downtown Toronto courtroom, isn’t dis-similar to what happens in other courtrooms across the Ontario. The primary difference is the amount of media attention which the Ghomeshi case garnered, and continues to attract.

Our lawyers were also amazed at how many people chimed in on the findings of the decision of the Honourable Justice Horkins, without actually having read the transcripts from trial, read the Judge’s decision, or without having attended at Court in person to listen to the evidence presented.

When this case first burst out on to the scene, it was my knee jerk reaction to convict Ghomeshi in my own mind. Three++ separate incidents of sexual assault involving three separate women?!? This sounded terrible! Any person who does sort of thing should have to pay the price…This is exactly what I thought after hearing more and more about the case.

Then I read the Court decision. And that’s when I appreciated the problems in the evidence heard by the Judge. Here are some of the comments from the Justice Horkins who presided over the Ghomeshi trial:

Para 43: Having said that, I have no hesitation in saying that the behaviour of this complainant is, at the very least, odd. The factual inconsistencies in her evidence cause me to approach her evidence with great scepticism. 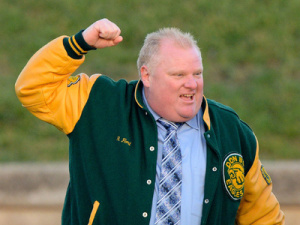 Para 44: Under cross-examination, the value of her evidence suffered irreparable damage. Defence counsel’s questioning revealed inconsistencies, and incongruous and deceptive conduct. L.R. has been exposed as a witness willing to withhold relevant information from the police, from the Crown and from the Court. It is clear that she deliberately breached her oath to tell the truth. Her value as a reliable witness is diminished accordingly.

Para 64-65: However, what is troubling about this evidence is not the lack of clarity but, rather, the shifting of facts from one telling of the incident to the next. Each differing version of the events was put forward by this witness as a sincere and accurate recollection. [65] When a witness is comfortable with giving differing versions of the same event, it suggests a degree of carelessness with the truth that diminishes the general reliability of the witness.

Para 69-70: This new statement disclosed for the first time — 12 — the fact that Ms. D sent flowers to Mr. Ghomeshi days after the alleged choking. It disclosed for the first time that she and Mr. Ghomeshi spent a considerable amount of time together in Banff in 2004. She also acknowledged that there were additional emails between them. All of this was deliberately withheld by Ms. D up until this point in time… but to say that she decided not to disclose this information because she thought it was of no importance is just not credible.

Para 94: Let me emphasize strongly, it is the suppression of evidence and the deceptions maintained under oath that drive my concerns with the reliability of this witness, not necessarily her undetermined motivations for doing so. It is difficult to have trust in a witness who engages in the selective withholding relevant information.

Para 114: S.D.’s decision to supress this information until the last minute, prior to trial, greatly undermines the Court’s confidence in her evidence. In assessing the credibility of a witness, the active suppression of the truth will be as damaging to their reliability as a direct lie under oath.

Read those paragraphs a few times over and then think how on Earth a judge, no matter their political leanings, is supposed to convict beyond a reasonable doubt?

This analysis of credibility and evidence is the VERY SAME sort of exercise that is conducted by a judge and/or jury in a personal injury case. Different set of rules (criminal vs. civil); and different burdens of proof (beyond a reasonable doubt vs. balance of probabilities); but the same type of analysis and findings are used.

In this assault case, the complainants were grilled (for lack of a better term) by the Defence lawyer on the stand. We heard nothing from the accused, Mr. Ghomeshi.

In a personal injury case, the Plaintiff/accident victim is grilled the same way that the complainants were grilled on the stand. The questioning is performed by the defence lawyer retained by the insurance company. In many instances, we hear little from the at fault party/defendant. In some cases, the defendant will admit liability, so in those circumstances we have NOTHING TO HEAR from the Defendant in a personal injury case whatsoever. In other circumstances, the Defendant is an unidentified driver so there is nobody to examine at trial!

This was a major complaint in the Ghomeshi case; we didn’t hear his evidence. It seemed as if the complainants were the ones on trial. I don’t disagree, but what would Mr. Ghomeshi have said had he been forced to take the stand? I didn’t do it or I don’t remember. If he leaves it at that, both answers add nothing and don’t help the Court in making any findings to convict beyond a reasonable doubt (which is an impossibly high standard).

If the evidence of the injured accident victim isn’t credible, truthful or believable, chances are their case will fail, or their compensation will be less than what they hoped to receive. But, it’s not just presenting evidence in a credible way that counts. It’s also the principal of TELLING THE WHOLE TRUTH, and NOT WITHHOLDING EVIDENCE. If an accident victim is injured, there shouldn’t be anything to hide with respect to their pre accident and post accident wellness and rehabilitation. The injuries, pain and suffering should be presented for the whole Court to hear. Failing to present the entire truth, or withholding evidence will only serve to harm a Plaintiff’s case in the long run.

In both cases; if the Crown or Plaintiff Lawyer fail to meet their respective evidentiary burden in presenting its case, the parties they represent will not get the result they desire. Both the Injured Accident Victim and the Crown/Complainant need to build a castle as high and as strong as possible. All the Defendant/Accused needs to do is topple it down. Sometimes, one lose brick is all it takes to bring it down. The stronger the evidence, the stronger the castle. Don’t guess. Don’t lie. Don’t make things up. Don’t withhold evidence. Justice will always be served when this happens.