Around Halloween, I get the odd call from parents telling me that their children were out trick or treating with them, and got a bit too much sugar in their system; and didn’t look both ways before crossing the street. And Blam. A car accident involving a minor happens. We get a lot of these calls from Toronto, because Toronto’s streets tend to be more congested than other areas of Ontario. But that’s not to say that these sort of pedestrian car accidents don’t happen elsewhere in Ontario (London, Peterborough, Cobourg, Oshawa, Belleville)

In any event, when anybody, particularly a minor is hit by a car, the injuries are devastating. All of these cases are really sad.

Parents often have questions like how to get started with their case, how car accident laws work in Ontario, and how they can get the benefits and treatment they need to make sure their child gets better.

Often, when you sue the other driver, their lawyer will bring a “Third Party Claim” against the parent, or adult who supervising, or who ought to have been supervising the minor at the time of the car accident.

A Third Party Claim is an action started by a Defendant against another party seeking contribution and indemnity from that party for any amount which that Defendant has to payout to the Plaintiff. Basically, the Defendant is saying “If I’m going down, you’re going down with me“. They are looking to pass the blame on to that Third Party.

Sadly, these Third Parties are often the parents or guardians of the minors, making for a super awkward famlly situation; especially in divorced families where there’s a shared custody situation. Talk about tension.

Here’s the argument from the Defence/at fault driver. OK. I might have hit the minor. But, I wouldn’t have hit the minor had he/she been properly supervised by their parents in the first place. Had the minor been walking in a lawful manner with mom and dad, the accident would never have happened in the first place. Or perhaps the minor was completely unsupervised to start; which futher adds to the Defendant’s argument.

The Defendant, much like a Plaintiff in a personal injury case will try to throw up as many arguments as possible, and see what sticks to the wall. If one of their arguments carries any weight, then there’s a chance that their apportionment of liability will be limited. In laymans’ terms; this means that any award for damages will be shared/split between the Defendant at fault driver, and the negligent parent Third Party.

But Brian: where does the money come from? Isn’t that odd if a parent is ordered by a Court to pay for their kids’ pain and suffering claim?

If you look at it that way; then the answer is YES. That’s incredibly weird for a parent with a good relationship with their child, to pay for that child’s pain and suffering. 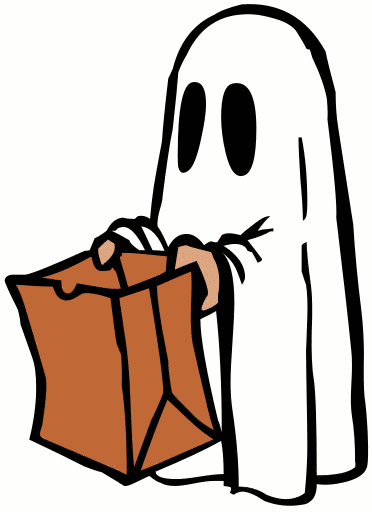 But, if the Third Party Parent had car insurance, or home owner’s insurance at the time of the car accident, then the money won’t come out of the parent’s pocket. Instead, it will be paid for by the car insurance company.

But Brian: Why would a parent defend their own kid’s claim in the first place? Wouldn’t they just get a lawyer and tell that lawyer to pay out their kid’s claim?

At Goldfinger Injury Lawyers, we have seen too many car accident cases involving minors, where unfortunatley, parents are dragged in for one reason or another. All of these cases are tragic, and never easy to manage. But, one of the positives we can draw from these cases is that the award does not come directly from the parent’s pockets provided they were insured at the time of the car accident (another good reason to have insurance of some form). And, when the injuries are catastrophic in nature (such as brain injury, spinal cord injury or loss of limb), it often to the injured minor’s advantage to have another pocket to claim from. Even if that other pocket happens to be from their parent’s insurance company.

So, again, the short answer to that question is YES. Parents to have a obligation to supervise their kids crossing the street to ensure they don’t get hit by passing cars.

On to more “cool” stuff. The NBA is back and so our the beloved Toronto Raptors. Anybody else catch Toronto’s opening game last night? They fought hard, but the same result ensued. No finish when it counted. They don’t know how to play in crunch time. I think Lowry is great. I think that Anderson kid off the bench was great. Jury still out on Valenciunas. Maybe I was just bitter watching him match up against All Start Centre Greg Hibbert, knowing that Toronto could have drafted Hibbert had they not signed/traded for Jermaine O’Neil. That was around the time when Toronto was looking for more size to go with Bosh. They thought Jermain O’Neil was the answer so they didn’t draft Hibbert, who would have been available to them had they not pursued O’Neil so hard. Another Toronto management blunder only an idiot fan like me remembers. Look at Hibbert now. He’s everything we’ve never had (until presumbaly now with Valenciunas). But only time will tell. Go Toronto?