The Law Society of Upper Canada is the regulatory body which governs lawyers in Ontario. They are considering some changes with respect to how lawyers do business, and administer services throughout the province.

Currently, lawyers can provide legal services to the PUBLIC in a wide variety or ways:

Those are the basic models of business associations for Ontario Law Firms. The LSUC is considering allowing non-lawyer ownership of law firms in the form of Alternative Business Structures.

The question is, what should Ontario do; and how will it impact the legal landscape?

We have heard many arguments in favour of Alternative Business Structures (ABS). I don’t find these arguments compelling, nor are they supported by any concrete data. The ABS structure is important for accident and injury lawyer because these are the areas which have been targeted the most in the UK and Australia since the introduction of ABS. Other areas simply aren’t as important or as lucrative to the ABS model:

1) Technology and Administration Will Improve with ABS: The thinking is that outside capital investment from non-lawyers will bring more money to improve the internal systems of law firms. These efficiencies will be passed down to the consumer.

Ironically: the “consumer” is going to be a person who isn’t paying anything upfront for their legal services as will be discussed later.

In a litigation practice, the most common disbursement for a client is the cost of filing a Court document, and serving it on another party. In Ontario, we have to arrange for a person to  physically attend at Court, wait in line and file a document. This costs money.

The filing of Court documents is NOT electronic in Ontario. An e-filing system would save consumers money, but this has NOT been implemented by our Courts. This basic savings in EVERY LITIGATION CASE in Ontario has not yet been implemented in this province. If this were such a big issue, surely the LSUC would get on this right away.

2) ABS will provide increased access to justice: This means that those who favour ABS believe that it will be able to provide legal services to a broader scope of people.

Here is the reality: Since its inception in the UK and in Australia, ABS has NOT provided clear evidence that access to justice has improved. Rather, ABS is a model fueled by profits. Profit is NOT in the area of poverty law. Profit lies in the area of class action and personal injury law. In both of those areas, the business model is a contingency fee arrangement such that no fees are charged to the client until the case settles. There can be no upfront savings passed to the client, because the client isn’t being charged anything at the outset of the case.

The largest ABS and law firm is Slater + Gordon. They are listed on the Australian Stock Exchange. In 2013, their revenues were $228 million. They employed over 1,200 people in 70 locations. Their main emphasis and profit source was personal injury law. That’s where they make their money. It’s not assisting with so called poverty law cases. If you look on the Slater + Gordon website, their main emphasis is on “compensation law“. I believe this is an Australian term for injury, accident or disability law. 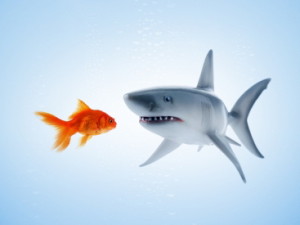 The notion that ABS firms will be driven towards under serviced areas to improve access to justice is ludicrous. Would you invest in a law firm who represents clients who cannot pay their bills? The reality is that they will open up firms largely focused on personal injury litigation and class action litigation.

Taking it one step further; there is nothing stopping insurance companies from setting up their own personal injury law firms to essentially hedge their bet. An insurance company can set up their own ABS to pursue plaintiff personal injury law claims, while at the same time DEFEND CLAIMS as well. So when claims are up, they win. When claims are down, they win. Everyone’s a winner.

I would HATE to be a client and be told from my lawyer that the board of directors wants my case to go in a certain direction because it would best suit the interests of their shareholders. Whose case is it? Mine or the shareholders? And who are those shareholders? This presents a whole new can of worms when it comes to a conflict of interest.

1) Potential for Misuse of the ABS: In the UK, insurance companies which once referred injured customers to personal injury law firms for lucrative referral fees, have BOUGHT up the same firms who they used to refer their injured clients to. By buying up personal injury law firms, they are double ending any case. This goes back to the conflict of interest argument cited above.

2) The death of the small town lawyer: A lawyer on a shoe string budget, or even a million dollar marketing budget won’t be able to compete the same way against a corporate entity with a $100 million advertising budget. Your local lawyer will not be able to compete in such an environment.

3) Criminal, Immigration, Landlord-Tenant & Family Law see low levels of ABS ownership: Access to justice includes areas such as criminal law, immigration law, landlord-tenant law and family law. When ABS was introduced in the UK and Australia, these areas were an afterthought. They were not serviced properly which fundamentally undermines the whole access to justice argument. The real focus of the ABS was in the field of personal injury litigation because this was the area which these firms could best maximize their profits.

4) Accountability for Corporations and Corporate Ownership: During the mortgage crisis, very few CEOs or corporate figureheads were prosecuted for their greed and poor decision making. A corporate structure creates an inherent shield and a very complicated structure to penetrate when it comes to discipline or accountability. The same can be said for an ABS model of ownership. The challenges the Law Society would face in terms of regulating its profession; when the ownership of the ABS is controlled by non-regulated, non-lawyer figureheads presents an administrative hurdle which would put the administration of justice in to question. Where is the accountability and how will the public’s interest be protected?

Enough law talk? Sure: Toronto’s professional basketball team will face the Wizards in the opening round of the NBA playoffs. I hope it doesn’t turn in to a John Wall layup drill. I also hope that Rasul Butler doesn’t go off on his old team. Having watched the opening night of the NHL playoffs, it’s also clear to me that Toronto’s professional hockey team is nowhere near where it needs to be in order to compete in the NHL. They have neither the talent, speed, discipline, structure or desire to compete at the high level of play that was exhibited in last night’s games. All of them were fantastic.