Driving while using or even holding a hand held device has become a hot button topic across Canada. Charges in relation to distracted driving are on the rise, and are slowly catching up to those charges related to impaired driving.

Attentive drivers keep their eyes on the road and their hands on the steering wheel. They aren’t distracted by their tablets or cell phones. It’s proven that drivers who operate cell phones while operating a motor vehicle are 4x more likely to be involved in a car accident than drivers who simply focus on driving. Even more interesting is that when motorists take their eyes off of the road for more than 2 seconds, the chances of them being involved in a car crash almost doubles. This is why it’s so important to keep your eyes on the road and not your phone.

Today, driving under the influence isn’t just limited to drunk driving offences. Ontario is currently 1 of 3 Canadian jurisdictions without any specific offenses related to driving under influence of drugs or other narcotics. We ought to have specific laws which prevent and prohibit such behaviour right?

The Ontario Legislature is presently in its third reading of Bill 31, which might be called “Making Ontario’s Roads Safer Act, 2015; or something really catch and original like that. You know how the Government likes originality and long titles for its acts. If you haven’t read a copy, you should check it out here.

The Act will carry specific wording with respect to operating a motor vehicle while under the influence of drugs or other narcotics.

48.0.1  (1)  Where a police officer is satisfied that a person driving or having the care, charge or control of a motor vehicle or operating or having the care or control of a vessel meets the criteria set out in subsection (2), and where the officer reasonably believes, taking into account all of the circumstances, including the criteria set out in subsection (2), that the person’s ability to operate a motor vehicle or vessel is impaired by a drug or by a combination of a drug and alcohol, the officer shall request that the person surrender his or her driver’s licence.

(2)  The criteria for the purpose of subsection (1) are the following: 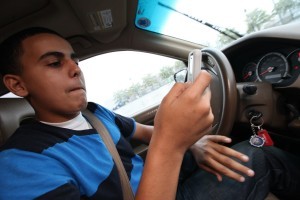 (a)  three days, in the case of a first suspension under this section;

(b)  seven days, in the case of a second suspension under this section;

(c)  30 days, in the case of a third or subsequent suspension under this section.

(6) If an evaluating officer conducts an evaluation of a person under subsection 254 (3.1) of the Criminal Code(Canada), the evaluating officer’s determination as to whether the person’s ability to operate a motor vehicle or vessel is or, at the time the person was driving or having the care, charge or control of the motor vehicle or operating or having the care or control of the vessel for which the evaluation was conducted, was impaired by a drug or by a combination of a drug and alcohol, governs, and any suspension that was imposed under section 48.0.1 arising out of the same circumstances for which the evaluation was conducted is continued or terminates accordingly.

So, if the police officer deems a motorist to be high, or on any other sort of drugs, they have significant powers against the motorist who they pulled over. I suspect this will create a whole new realm of constitutional challenges for criminal lawyers to fight over. The scent of alcohol on one’s breath vs. the stench of pot vs. the stench of cigarette smoke creating reasonable and probable grounds. Seeing drug paraphernalia in the car is another things all together. I believe the new act will be a safeguard to Ontario motorists, and also create a potentially new practice area and bring in an influx of new work from the criminal lawyer community.

Bill 31 has many OTHER features for Ontario motorists and cyclists alike. It seeks to create harsher fines for distracted driving, along with increased rights for cyclists which are both good things for road safety. What always gets me about these bills are the amendments which are brought in under the radar, which nobody knows about, debates over etc. until it’s too late and the bill has already passed. We normally see these changes as they related to car insurance in Ontario, or changes to the accident benefit regime (reduction in benefits or increase in premiums for Ontario motorists).

Bill 31 has yet to pass, but I’m certain that it will. What will be left in there, and left outside of the Bill is still up for debate. But if there is legislation in there about preventing drug impaired driving, I’m sure we can all agree that this will be a good thing and bring us one step closer to making Ontario’s roads as safe as they can be.

One more Act which will likely come in to force in Ontario which you should keep an eye out for is the “Strengthening and Improving Government Act“. This act will bring about broad changes to many acts and legislative agencies already in force in Ontario. The government has kept  this broad, so as to keep us guessing; which is always fun.

Enough law talk? Sure. Congrats to Toronto’s professional baseball team in winning its first game of the regular season. The team hasn’t make the playoffs in over 20 years. That’s a pretty crazy statistic. In fairness, it’s difficult to compete in their division; but even Baltimore had some time in the sun. Don’t you think it’s Toronto’s turn? Toronto’s other professional sport franchises (basketball, hockey and soccer) all continue to struggle. I’m particularly worried about the basketball team. They clinched the Atlantic Division which is amazing. They’ve also made the playoffs for consecutive years which is also amazing. But their bottom 5 in team defense which is terrible. All of the other bottom 5 defensive teams are NOT heading to the playoffs. They’re also losing consistently to non-playoff teams, and cannot seem to beat teams which have already qualified for the playoffs. Add to that the poor health of some of their starters and you have an up road hill to climb once the regular season comes to a close. I’m not even sure that a favourable first round match up will be able to help them this time around.