You have to believe in your own case. If you don’t believe in it, then who will?

If you don’t care, then who will?

If you don’t try to help yourself, then who will.

While this may sound like self respect or motivational mumbo jumbo; it’s true!

A wise personal injury lawyer will do his/her best to invest in clients whose cases they believe in. They will invest in clients they deem to have worthwhile causes which will render fruitful outcomes for both client and lawyer alike. Investing in too many cases which are going nowhere is a loss for the client,  and a loss for the personal injury lawyer.

But sometimes it’s not just the personal injury lawyer and the client who need to believe.

It’s also the family doctor, specialist and treating therapists who need to believe as well.

The injured plaintiff will provide evidence in the form of oral testimony to the Court which will best support their position because they have skin in the game. The Plaintiff wants to win at trial. 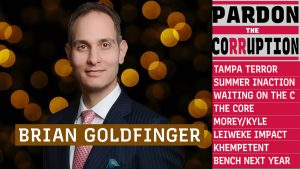 In contrast, the at fault defendant will provide evidence in the form of oral testimony to the Court which will best support their position because like the Plaintiff; they too have skin in the game (or so they think). The reality is that a large multi national insurance company has not only funded their legal defence, but will also pay out any settlement or judgment on their behalf. In fact, the Defendant at fault driver is referred to as “the insured” and not the Defendant in legal circles. That’s because the actual Defendant and chief decision maker for the defence of the case is not the actual defendant driver himself! The chief decision maker is a large, multi national insurance company. There is also a common misconception that a Defendant’s insurance rates will sky rocket in the event they lose at trial. Wrong. If rates do go up, they’ve already gone up; win; lose or draw by virtue of a car accident having taken place. Whether or not a Defendant “wins” the case or not is irrelevant to setting insurance rates.

One more common misconception about insurance rates is how much they will increase in the event that you “lose” the case (which is a faulty premise to begin with, albeit a very popular one). In any event, let’s say that you are paying $1,750/year for your car insurance and your rates increase by 5%. That’s an annual increase of just $87.50 (or $7.29/month).

Let’s get crazy and talk about a 10% increase in insurance premiums which is virtually unheard of. Should you be paying $1,750/year for your car insurance and your rates somehow go up by 10% per year, that translates in to an increase of $175/year or $14.58/month. While these are extreme examples of insurance hikes as a result of being involved in an at fault accident; once you put it in writing, it does not seem as scary.

Did we get off topic talking about insurance premiums? Yes. Was it necessary? Likely not. But was it topical to personal injury law in Ontario? Absolutely!

Back to testimony in Court; because each party will have their own biased version of events, it’s important for neutral third parties to chime in and support your version of the case. This is why it’s important for family doctors, specialists and treating therapists to support your case. These people won’t have any skin in the game. Their evidence will be very helpful to a judge and jury to better understand and assess the merits of each side’s positions.

So while it’s very important for a Plaintiff and their personal injury lawyer to believe in the merits of the case; it’s just as important for the family doctor and their treating specialists to believe in the case as well. If the doctors aren’t on the same page as the Plaintiff and the personal injury lawyer; it will likely destroy the case and result in a big loss for the Plaintiff. While it may seem unfair that the fate of a Plaintiff’s case is not decided by what they say; and by what someone else says;  this is how our legal system works.