This week the Ontario Court of Appeal released a much awaited decision in the case of Westerhof v. Gee Estate. The appeal raised the question of whether or not the Rules of Civil Procedure allowed only experts engaged by or on behalf of a party to provide opinion evidence for a case; OR whether the Rules ought to be construed more broadly such as allowing ALL witnesses with special knowledge to provide opinion evidence. This later group is much broader broader and could include treating doctors (family doctors) who have not been formally retained by either party to the litigation to provide their opinion evidence.

In order to better understand this case, it’s important to understand what happened in 2010. That year, the Rules of Civil Procedure were amended to create Rule 53.03 which set out requirements, and also set out that an expert must sign a specific form called an Acknowledgement of Expert’s Duty Form (Form #53).

This form requires the Expert Physician who has been retained by a party to state:

2. I have been engaged by or on behalf of THE PLAINTIFF/THE DEFENDANT to provide evidence in relation to the above noted Court proceeding.

3. I acknowledge that it is my duty to provide evidence in relation to the proceeding as follows:

a)  to provide evidence that is fair, objective and non-partisan

b) to provide opinion evidence that is related only to matters that are within my area of knowledge; and

c) to provide such additional assistance as the Court may reasonably require, to determine a matter in issue.

4. I acknowledge that the duty referred to above prevails over any obligation which I may owe to any party by whom or on whose behalf I am engaged.

At trial, the judge ruled that many of the expert’s evidence was not admissible because it did not comply with Rule 53 and there was no Form 53 filed on behalf of the doctors. The doctors had NOT been retained by either party as experts. They were simply called as witnesses because they were the witnesses’ treating doctors. This makes sense, but the Court ruled that their evidence was inadmissible which drew a lot of attention from Plaintiff personal injury lawyers around Ontario.

Even crazier was that a neurologist, who complied with Rule 53 could NOT refer to the diagnosis made by the witnesses who had not complied with Rule 53; AND that the clinical notes and records of the Plaintiff’s family doctor could NOT be filed an an exhibit. This is just nuts. The foundation of any personal injury case beyond the police report are generally the hospital records and the clinical notes and records of the family doctor. Who better than the family doctor to comment on the accident victim’s pre-accident history, and what their injuries are as a result of the car accident.

So, basically what happened to poor Mr. Westerhof at his trial was that he did not have many “hired gun” experts who cost tens of thousands of dollars. Rather, Mr. Westerhof relied on the opinions of his treating doctors. But the treating doctors were NOT retained medical experts; they were simply treating doctors. The trial judge found that because of the wording of Rule 53; these doctors evidence and even their records weren’t admissible. The effect of this decision that was a Plaintiff needed to have “hired gun” experts testify; instead of his good old family doctor. The former represents a barrier to access the justice in personal injury law cases. It requires a Plaintiff to spend lots of money on these so called “hired guns” to testify at trial. It left the family doctor essentially without a voice to advocate either for, or against he Plaintiff. The family doctor’s treatment for all of those years, both pre accident and post accident became a mute point. The only thing which mattered was what the hired gun expert had to say.

The additional effect of this was exactly what the Rules Committee didn’t want in the civil trial system: a battle of highly paid professional Court experts. 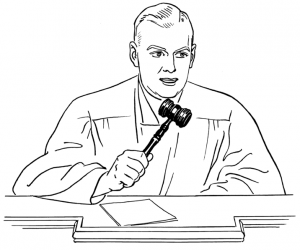 The Court of Appeal stated:

“..a witness with special skill, knowledge, training, or experience who has not been engaged by or on behalf of a party to the litigation may give opinion evidence for the truth of its contents without complying with Rule 53.03 where:

Such witnesses have sometimes been described as “fact witnesses” because their evidence is derived from their observations or or involvement in the underlying facts.

The introduction of Rule 53 was to elimination the used of hired guns or “opinions for sale” witnesses in civil litigation; where the use of which has resulted in potentially biased expert evidence. The Osborne Report, which brought on the changes to Rule 53 noted that there was a “industry of competing experts and associated increases in costs; expert bias, lengthy and uncontrolled expert testimony; the absence of a rule requiring experts to meet to seek to narrow disputed issues; problems with timelines of expert reports; and lack of regulation of the standard content of expert reports“.

This is exactly what the Court was trying to eliminate, but which the trial judge in Westerhof almost re-created through one reported decision in a car accident case. Talk about some potentially bad precedent.

Here is my favourite quote from the Court of Appeal’s decision which resonates strongest with me:

And with that: the local family doctor found his/her voice again in our Court system. They are now free to testify to provide their evidence without worrying that they’re findings won’t comply with the Rules of Civil Procedure if they aren’t retained in a formal capacity by either side. They are free to give their evidence as they so chose. Even their clinical notes and records can again be accepted as exhibits.

The very notion that things could get that far (the Ontario Court of Appeal) has got to be concerning to you. How on earth did it get that far? How on earth was this even an issue at the trial level? You be the judge.

Enough law talk? Sure. I refuse to make any bold predictions on Toronto’s basketball team. I’ve never seen such a bi-polar team. On again. Off again. Zero consistency. Some quarters they look like a title contender. Other times they look worse than my old Bnai Brith Basketball Team. If they win in the playoffs: it won’t surprise me. If they lose in the playoffs: I won’t be surprised either. Look for big changes in the off-season both from a player and coaching perspective. Something has got to change.