It’s particularly rare when a criminal case which was decided in British Columbia, has such a far reaching effect that it impacts the way and timing in which personal injury cases are heard in Ontario.

But the case we are about to review is no ordinary case…..

Today’s installment of the Toronto Injury Blog will focus on a unique decision from the Supreme Court of Canada in R. v. Jordan [2016] SCJ No 27 (QL).

This was an appeal which went all the way up to the Supreme Court of Canada, from the BC Court of Appeal, and the BC Supreme Court.

In this case, the total delay between the charges and the end of trial was 49.5 months. As the trial judge found, four months of this delay was waived by Jordan when he changed counsel shortly before the trial was set to begin, necessitating an adjournment. In addition, one and a half months of the delay was caused solely by Jordan for the adjournment of the preliminary inquiry because his counsel was unavailable for closing submissions on the last day. This leaves a remaining delay of 44 months, an amount that vastly exceeds the presumptive ceiling of 30 months to have a case heard before the Superior Court. The Crown has failed to discharge its burden of demonstrating that the delay of 44 months (excluding defence delay) was reasonable. While the case against Jordan may have been moderately complex given the amount of evidence and the number of co‑accused, it was not so exceptionally complex that it would justify such a delay.

The Court’s analysis of the delay to have Mr. Jordan’s trial is significant. In Canada, we have protections under the Charter of Rights and Freedoms. Section 11(b) of the Charter provides that any person charged with an offense has the RIGHT to have their trial in a reasonable time. What that reasonable time frame is has been defined by the Courts.

In the R. v. Jordan case, the Supreme Court found that the delay of 49.5 months from charge to trial was too long. The result was that notwithstanding the merits of the Crown’s case against Mr. Jordan, his charges were stayed and the case was dismissed. That means that Mr. Jordan was a free man on account of the delay in having his case heard.

So, how does this decision impact personal injury and car accident cases in Ontario? As a personal injury lawyer with offices in Toronto, London, Peterborough and Kitchener-Waterloo, I can tell you that our law firm has seen greater delays in having our client’s cases heard.

This is because more Courts are focusing their efforts and resources on hearing criminal cases and speeding them through the system, rather than focusing resources on personal injury cases. Criminal cases were, and have become a greater priority.

A colleague of mine had a Pre-Trial scheduled in Hamilton on a catastrophic motor vehicle accident case last week. En route to the Pre-Trial, he was contacted by the trial co-ordinator and told that there weren’t any judges available to preside over the Pre-Trial, and that it would have to be adjourned. The Judge(s) who were assigned to hearing that Pre-Trial had been re-assigned so that they could hear a criminal case. 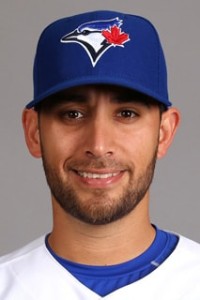 The impact of the R. v. Jordan decision is that Courts across Ontario are using their already scarce resources to double down their efforts on hearing criminal cases. This takes resources away from the already scarce civil justice system which is responsible for hearing personal injury and car accident cases.

There are opposing forces at work here. The government does NOT want criminal cases dismissed for delay. Nobody in our society wants that either (except perhaps for those accused of a crime). On the other hand, accident victims want their day in Court, but there is no net benefit to society as a whole to have their cases heard ahead of criminal cases where life and liberty are at stake. Sadly, the only thing at stake in a personal injury case is compensation and benefits (both are monetary). Money can wait. But the liberty of an individual cannot.

Our lawyers in London, Kitchener Waterloo, Brampton, Newmarket, Toronto, Oshawa and Peterborough have seen a so called shuffling of the deck at these various Court houses to ensure that criminal matters are getting to the front of the line at the expense of civil personal injury and car accident cases.

Explaining this re-alignment to innocent accident victims who patiently wait for their day in Court isn’t easy to do. But, it’s the sad reality of Ontario’s strained legal system. Much like Ontario’s health care system, every dime needs to be stretched to make it work properly. We are now seeing this when it comes to the administration of justice in this Province. Sad to see when so many nice and new Courthouses are going up (Toronto & Thunder Bay to name two new ones…).

Question: Would the elimination of civil juries for car accident cases and personal injury cases make such cases faster? If so, is this sort of thing fair to an innocent accident victim to have their case heard by a Judge alone instead of a jury of their peers? I don’t have the answer to that question, but it’s certainly an interesting debate.

I would like to mention the Toronto Blue Jays, but TBS has been airing the games at 4PM, which is far too early for any of our working personal injury lawyers to sit back and enjoy the games. It would be nice if the games aired say around 730PM when it’s a bit more civilized and normal to watch. But if you have any plans on going to a 4PM game, it’s basically a commitment to taking the entire afternoon and evening off by the time you arrive at the Rogers Centre and leave. Those are some passionate fans. Go Jays Go!