When I was a young personal injury lawyer, a very senior partner at the law firm I worked at had a great figurine on his desk of an old British looking lawyer wearing a wig with a dignified look on his face. Embossed to the bottom of the figurine was the Statement “Sue the Bastards“.  This figurine always brought a smile to my face.

People ask me all the time why I like being a personal injury lawyer. Aside from the common answers of genuinely liking helping real people (not large multi national corporations); working every day with injured accident victims who need the help the most; and making a meaningful difference in the lives of our clients; the reality is that I also love suing! As a matter of fact, all of the lawyers at my law firm get excited when we are about to issue a Statement of Claim. Perhaps it’s because the Statement of Claim is the first shot fired by David vs. the large Goliath on the receiving end of the claim. That Goliath is the large multi national insurance company with seemingly unlimited resources. The battle seems unfair from the get go if you take in to consideration the size of each parties’ war chest. But our lawyers have the skill and experience to make things work.

An article recently caught my eye. There was a tragic shooting which took place at a Cinema in Colorado around 4 years ago. Many people died in this senseless killing. Many were injured. There are no words to describe this horrific massacre.

The bad guy of the massacre will remain nameless as people like that should not get any sort of notoriety or fame for what they did.

Lawyers on behalf of the shooting victims and their families sued the theater owner/operator as a result of this massacre. The allegations against the theatre were numerous. They included, but were not limited to a lack of security, poor security protocols, poor response etc.

You may be asking, why would the personal injury lawyers want to sue the theater? What did the theater do wrong? Why wouldn’t the lawyers sue the bad guy who shot up the theater? This would be a tough case to prove against the owner/occupier. 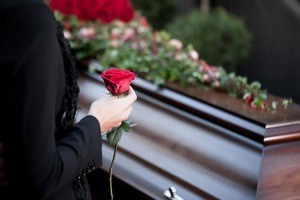 Suing the bad guy makes sense if the bad guy has millions and millions of dollars in assets that can be traced/recovered. The reality is that most individuals are judgment proof. If you don’t own a home or property, and don’t have millions in cash, stock, bonds or other hard assets, then the chances of recovering or enforcing a successful judgment are slim to none. You can’t get blood from a stone. You can’t find money when there is no money to be found. Lawyers need to sue parties with deep pockets. Unfortunately for the Cinema, they were the only party involved in the massacre who had deep pockets.

But, proving liability against that deep pocketed entity can be a tricky endeavor. In this theater massacre litigation, the Plaintiffs weren’t successful in proving that the Cinema owners were liable or responsible for this crime. The Judge ruled in the favour of the Cinema, and against the Plaintiffs. He then ordered that the Plaintiffs pay the Cinema its legal costs for the proceedings, to the tune of around $700,000.

But, how is it possible that a Judge can order the innocent victims of a terrible massacre to re-reimburse the  large multi national Cinema operator for its legal fees in this tragic case?

Although this case didn’t take place in Ontario, the legal principal is the same.

In personal injury litigation, generally, the loser of the case pays for a portion of the other side’s legal costs. Loser pays. It is ultimately a Judge’s discretion to order costs or not. And if costs are ordered, the Judge sets the amount at his or her discretion as well. The Judge can order the loser pay a dollar, or a million dollars. It’s entirely up to the Judge. The Judge bases his/her decision on a variety of which are detailed in Rule 57.01 of the Ontario Rules of Civil Procedure:

57.01 (1) In exercising its discretion under section 131 of the Courts of Justice Act to award costs, the court may consider, in addition to the result in the proceeding and any offer to settle or to contribute made in writing,

(0.a) the principle of indemnity, including, where applicable, the experience of the lawyer for the party entitled to the costs as well as the rates charged and the hours spent by that lawyer;

(0.b) the amount of costs that an unsuccessful party could reasonably expect to pay in relation to the step in the proceeding for which costs are being fixed;

(b) the apportionment of liability;

(c) the complexity of the proceeding;

(d) the importance of the issues;

(e) the conduct of any party that tended to shorten or to lengthen unnecessarily the duration of the proceeding;

(f) whether any step in the proceeding was,

(i) improper, vexatious or unnecessary, or

(g) a party’s denial of or refusal to admit anything that should have been admitted;

(h) whether it is appropriate to award any costs or more than one set of costs where a party,

(i) commenced separate proceedings for claims that should have been made in one proceeding, or

(ii) in defending a proceeding separated unnecessarily from another party in the same interest or defended by a different lawyer; and

(i) any other matter relevant to the question of costs.

As you can see, the Judge has a lot of wiggle room when assessing costs in a legal proceeding. The Judge may place more weight on one factor, and less on another in order to justify a costs award.

Will the Cinema ultimately recover their legal costs against the victims of this massacre? This may be a very difficult task for them for the reasons eluded to earlier in this Toronto Injury Lawyer Blog Post. In addition, just because a party has been awarded costs, doesn’t necessarily mean that they will attempt to enforce it against the other parties. There is also the possibility that the losing party can appeal the decision, the cost award, or both.