If it sounds too good to be true; then beware! (free legal advice)

This saying applies to sales, services and deals we see in our every day lives. It even applies to legal fees in personal injury cases.

How so? Good question.

I’ve heard of injury lawyers quoting prospective clients that their “fees” will not be greater than 10% or 15% of the total value of the sum recovered.

This sound like an amazing deal, considering that nearly every accident lawyer who works on a contingency fee, or modified contingency fee basis charges in the range of 20%-30%, depending on the case.

So what would drive a lawyer to charge 10%-15%? Are they planning on working 10%-15% less than another lawyer who charges 20%-30%? Is the case so AMAZING that it warrants such a discount? Does the lawyer the client so much that s/he is willing to reduce their fees that much?

There’s gotta be a catch…..

There is! And I will tell you exactly what that catch is, and how these sort of lawyers hand it to you in a round about way.

Some lawyers will tell you that they aren’t taking your case on a straight contingency fee basis. Rather, their retainer works on an hourly rate basis, and that because of their “experience“, they’re able to estimate, right from the outset of the case; that their fees will not exceed 10%-15%. Those hourly rates probably won’t be disclosed to you at the outset, or may not be disclosed to you at all.

First off, the proposition that a lawyer can gaze in to a crystal ball and magically predict how much their fees will be on any particular personal injury case is completely ludacris. If our lawyers have learned anything over the years is that EVERY PERSON IS DIFFERENT, EVERY INJURY IS DIFFERENT, EVERY CASE IS DIFFERENT.

Some cases take a very long time to settle. Other cases settle quickly. There’s no rhyme or reason to the lifespan of a case. What appear to be the most simple, straight forward cases are some times the most complex; and vice versa. So, for a lawyer, no matter how senior, to insist that they can predict the future in terms of how much, or how little time will be invested on a case is completely insane. Beware of the fortune tellers and predictions as their visions are often nothing more than carefully crafted sales pitches.

When it comes to the fine, print, this is something you need to look at. Do you really think that an injury lawyer is only going to charge you 10%-15% in legal fees for your case? Don’t be so naive when the going rate is around double that across the country, let alone Ontario.

The next thing these lawyers will tell you that their “fees” are exclusive of “costs“.

Wait a minute! What’s the difference between “fees” and “costs“. Very good question! Way to recognize that curveball.

The amount of costs owing is indefinate at the outset of the litigation. It can get even cloudider as the litigation proceeds. Generally, these costs represent 15% OR MORE of the total value recovered in the litigation, plust HST (or not).

NOTE: These examples do NOT account for HST which is added to any lawyer bill for fees/costs, or disbursements (out of pocket expenses used to fund your case, for such things are court filing fees, medical records, faxes, photocopies, etc).

What’s interesting to note is that a lawyer taking 100% of “costs” is ONLY allowed to do so if a Judge says so. If a Judge does not say so, then it’s not allowed. Section 28(8) of the Solicitors Act states:

Agreement not to include costs except with leave

(8) A contingency fee agreement shall not include in the fee payable to the solicitor, in addition to the fee payable under the agreement, any amount arising as a result of an award of costs or costs obtained as part of a settlement, unless,
(a) the solicitor and client jointly apply to a judge of the Superior Court of Justice for approval to include the costs or a proportion of the costs in the contingency fee agreement because of exceptional circumstances; and (b) the judge is satisfied that exceptional circumstances apply and approves the inclusion of the costs or a proportion of them. 2002, c. 24, Sched. A, s. 4.

This means that the lawyer, and client need to make an Application before a Judge of the Superior Court to have the contingency fee retainer approved to allow the lawyer to charge both a contingency fee AND also take 100% of the “costs” in the case.

But take note again of what you’re signing. Many of these 10%-15% agreements for fees PLUS COSTS, are NOT considered contingency fee agreements because they’re based on hourly rates which are billed at the end, and that 15% is based on a guestimate at the outset of the case in terms of how much time will be expended on the case. It’s basically a way for the lawyer to essentially make up their own time on the case, and charge you whatever they want. 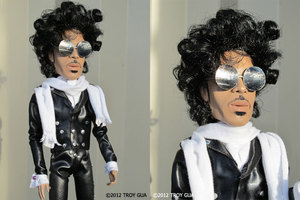 The introduction of fees vs. costs is where it gets confusing for clients, and even lawyers who aren’t familiar with personal injury law. That’s why we warn propective clients that if it sounds too good to be true, then beware.

Finally, it’s important to note that legal fees, AND COSTS are exclusive of HST. That means that 13% will charged for tax for your legal bill. In additionl to that, legal fees and costs are exclusive of disbursements. Think of disbursements as the fuel you put in your car. No gas, no drive. The lawyer will fund the case as you go. But at the end, the lawyer will seek to get those disbursements refunded from somewhere. It’s either the insurer who’s going to pay, or the insurance company. It’s important to sort out those details when the time comes.

I must admit, that 15% sounds very appealing. But, when you really understand how the back end of the collection works, that 15% can amount to 30%-40% very quickly, and very easily without you really knowing.

Our firm does NOT operate on this 15% modified or non contingency fee basis. Our retainers are straight forward and easy to understand contingency fee agreements. We are cognisant that this is likely your first time needing to retain a lawyer and we don’t want to confuse or take advantage of our clients in any way, shape or form. We know that our clients have enough on their plates. Worrying about how legal fees work should not be one of those worries.

I will be back in Thunder Bay for the rest of the week. If anyone is in town, drop me an email at brian@goldfingerlaw.com. I’m looking forward to the trip and hoping it’s not too cold just yet. I had great weather in Winnipeg a few weeks ago, and hope I have just as good weather in TBay this time round.

Enough law talk? Sure. Prince was on Saturday Night Live, and then he was supposed to play a live show in Toronto today but he bailed. The interesting thing about Prince’s appearance on SNL is that he demanded on playing an 8 minute set, instead of two, one song sets. And the producers are SNL caved in to Prince’s demands. Then Prince was set to play a secret show today at Toronto’s Massey Hall, and then he changed his mind. At the end of the day, Prince gets what Prince wants. And when you’re Prince, you play by your own set of rules. If Prince were a lawyer, he would have no regard for the Rules or the Judiciary. He would expect all do cave in to his demands. And if you were Prince, Judges would probably cave because it’s Prince!