The decision deals with the definition of “catastrophic” under Ontario’s Insurance Act.

60 year old Toronto resident Anna Pastore was attending a wedding when she was hit by a car back in 2002.(Editorial Note: this is a 2002 accident which is only getting resolved yesterday 2012!!!! Is that nuts or is it just me. Talk about delay in our Courts, but that’s no secret to anyone.)

At the time of the car accident she was the primary caregiver for her husband who was very sick. As a result of the accident, she broke her ankle and later required knee replacement surgery. Her personal injury lawyer applied to Aviva for catastrophic benefits under the insurance Act.

Ms. Pastore’s insurance company, Aviva, found that her injuries did not meet the definition of “catastrophic” under the insurance act. They denied those benefits.

Accordingly, Ms. Pastore’s benefits were limited to $100,000 for medical/rehabilitative benefits, $72,000 for Attendant Care Benefits, and benefits for caregiver benefits would be cut off after 2 years. These benefit limites might sound generous, but they get exhausted very quickly, particularly with serious injuries following a devastating car accident which are supposed to last a lifetime. Not a lot if there are serious injuries at all.

At Aribtration, Financial Service Commission found that Ms. Pastore’s injuries met the definition of “catastrophic“. She won. Or did she?

Aviva appealed to the higest level at FSCO. They lost. Ms. Pastore won again. Or so she thought. You can read the decision here. 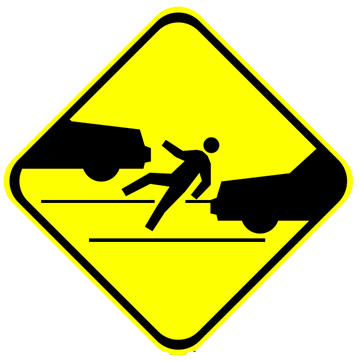 Aviva then appealed one more time to the Divisional Court. Poor Ms. Pastore. Injured since 2002 and her case getting dragged through the Courts at every level.

Aviva won their appeal much to Ms. Pastore’s dismay, and leave was allowed to the Court of Appeal. This is the highest Court in Ontario. You can read the Divisional Court’s decision here.

The Ontario Court of Appeal’s decision was released yesterday. Yes, this accident happened in 2002 and Ms. Pastore got some closure yesterday! Good for Ms Pastore and for personal injury lawyers across Ontario, she won! Nice!

The decision upheld that her injuries were catastrophic. You can read the decision here.

With this decision, the Ontario Court of Appeal allowed the definition of catastrophic to take pain into consideration when calculating the degree of disability being assessed. This allows accident victims across Ontario access to more benefits after a devastating car accident. But, insurance companies still hold the upper hand with respect to the timely delivery of these accident benefits, because as you saw with Ms. Pastore, it’s ultimately up to the insurance company to pay them out in the end. Should the insurance company not deem these benefits to be “reasonable and necessary”, then they won’t pay for the benefits. Ms. Pastore waited around 10 years for her dispute with Aviva to get resolved through the Court system! Imagine that! Having to wait 10 years for the insurance company to pay for something like your physiotherapy, massage treatment or occupational therapy following car accident for which you’re not even at fault.

The Toronto Star wrote a great article on the decision in Ms. Pastore’ case. You can read all about it here.

But the fight for car accident victims to get accident benefits is certainly not over. Insurance companies have been lobbying Ontario’s government to tighten the definition of catastrophic benefits under your car insurance policies. Even scarier, is that a committee at the Financial Services Commission has given a green light to those changes. All the government needs is to get the green light from legislature, and those changes will come in to effect.

Meaning, in the past two years, your car accident benefits have been reduced by 96.5%, while your premiums continue to rise (note: car accident victims in Ontario used to have access to $100,000 in med/rehab benefits. Now they have access to $3,500 in benefits if they’re put into the Minor Injury Guideline). And that was under a so called “Liberal” government which prides itself on being more centrist. Imagine what a more “Conservative” government would have done. It’s all really a mute point, because even a lefty “NDP” government would likely have done the same. Somebody’s gotta pay for funding these expensive campaigns. I think the Liberals are too pre-occupied at disrupting the teachers and freezing wages for other public servants to think about your car insurance. Or are they? Car insurance is never off the table for this government, so look for changes soon. I’ll place my bet again that the changes won’t help you at all. Intead, they’ll help the bodies lobbying for those changes, mainly the insurance industry.