We would all like to think that the law is the quest for the truth. It’s the pursuit of justice. It’s establishing before a Court of Law, what’s right, and what’s wrong.

In a perfect world, our courts should work that way. All cases should be heard quickly, before a Judge who knows and understands the issues; before a Jury who’s interested and doesn’t dose off; where witnesses don’t lie or fabricate the truth on the stand; where experts give their honest opinion instead of what somebody pays them to say.

Unfortunately, our Justice system doesn’t work that way. All too often we see cases which are built upon fabricated, flawed, inaccurate or faulty evidence. Often cases aren’t about the truth, it’s about what can, and can’t be prove in Court. Sometimes, proving the truth gets clouded because evidence has been tampered with, destroyed, or the credibility of witnesses has been destroyed.

I was recently directed to a case from a lawyer colleague of mine in Ottawa which was covered in the Toronto Star. This case was a perfect example of how flawed or faulty evidence gets in the way of the truth and has the potential to ruin a person’s life.

In March 2014, Anguei Pal-Deng, a 24 year old Sudanese man who spoke very little English was waiting near a stairwell in the Dufferin Mall in Toronto.

Ms. Ferreira sustained injuries as a result of the fall.

The case went to TRIAL. The case NEVER should have got inside of a Courtroom.

The witnesses at trial all stated that they saw Mr. Pal-Deng assault or shoved Ms. Ferreira down the stairs. This was a complete fabrication of the truth.

The only evidence which surfaced (by sheer LUCK) was the closed circuit television which showed the fall taking place. The video is on the link to the Toronto Star website I’ve posted earlier in this edition of the Toronto Injury Lawyer Blog. You should check it out.

Now; let me tell you that it’s very rare in instances like these to have clear, convincing video of an assault. Many cameras don’t properly capture such footage. Some cameras don’t work properly. Others are just up for show to act as a deterrent to would be thieves (fake cameras).

The video actually captures the incident! It shows Ms. Ferreira approaching Mr. Pal-Deng. Mr. Pal-Deng then moves his arm as Ms. Ferreira reaches out for him. Mr. Pal-Deng does not move his arm in an aggressive or menacing way. In no way can his arm movement be described as a shove, push or malicious act to harm another individual.

Ms. Ferreira, being 80 some odd years old and using a cane then loses her balance and falls down the stairs.

The Judge hearing the trial stated: “It is of profound concern that justice could so easily have been miscarried but for the good fortune that the very physical exchange at issue was preserved on videotape. Absent the CCTV evidence, the result may have been tragically different“ 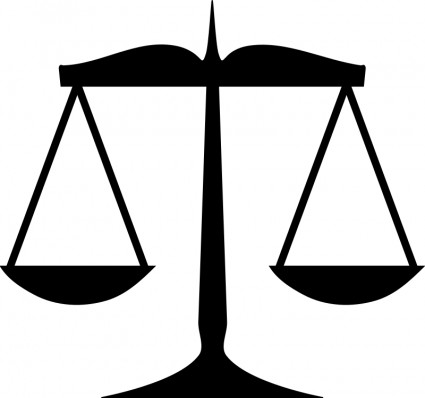 Mr. Pal-Deng spent a MONTH in jail waiting for his trial. If this doesn’t make your blood boil, I dont know what will. Some of the witnesses stated that Mr. Pal-Deng and Ms. Ferreira got in to an argument. Mr. Pal-Deng cannot speak English. I’m not sure how he could argue with somebody considering he can’t even speak the language. The video does NOT show any argument.

Imagine for a second that the video did NOT exist. Or, that the video camera was not pointed at the steps where Ms. Ferreira fell. Mr. Pal-Deng would likely be found guilty and have to spend additional time in jail. The truth would NOT have come out at trial. The Judge would have likely accepted the evidence of Ms. Ferreira along with the witnesses who fabricated their version of the events.

This is just a current example of how fragile our justice system is. In many cases, cases don’t hinge upon what’s truth, and what’s not the truth. It’s what we can prove, and what we can’t prove.

Insurers take the view that if they send you to enough assessments, tests, surveillance etc., some of those facts will resonate or stick with a Judge/Jury instead of the truth or evidence which an innocent accident victim is trying to prove. Even if the insurer’s evidence is made up, paid for by experts who fail to appreciate all of the facts, or witnesses/parties who just have it in for the Plaintiff (an angry/bitter Defendant). If what a Defendant can prove resonates MORE than the truth the Plaintiff is trying the present, then that Defendant might be successful at trial (even if the truth isn’t on their side).

Sad? Yes. But that’s the system we lawyers have to work with. Our job as lawyers is to make sure that the evidence/truth is presented in the best, most logical, most coherent, most impactful way in order to advance our clients’ case. But it’s not always the truth that sticks, and sometimes proving the truth doesn’t resonate as much as fiction. Sometimes Judges and Juries opt for the path of least resistance, which may be choosing NOT to opt with the truth. This happens in our system. Does it make it right? No. But that’s the system we have to work with.

Enough law talk? Sure. Our Toronto office is expanding yet again. A second move in a 5 month span. We’re staying in the same building at 167 Sheppard Ave W. Same floor. Same phone and fax #. Only a different and larger space. Why the expansion? Well, for starters we’ve taken on a lot more clients in the past 5 months. We’ve also hired another lawyer who will be joining us in the beginning of February. This means that we can continue to service our clients at the highest level possible, continue to return their calls, emails and other queries as quickly as possible; and get our clients the compensation which they deserve. It means access to justice. It means access to our Court system so that our clients’ voices can be heard in a proper legal forum. We can’t wait for the move to be complete and we get all settled in to our new larger space. If you’re in the Yonge/Sheppard area, where our Toronto office is located, feel free to drop by and say “hello“. We’d love to see you!