Happy Canada Day! It’s a time to celebrate our beautiful country, friends and family. For many, Canada Day will involve good food, good beverage, and participating in outdoor activities.

In the days following Canada Day, our law firm often gets a number of calls and inquiries regarding injuries which took place in the great outdoors during Canada Day celebrations. There is a common thread with these calls, which I would like to share with you in order to ensure that your holiday is a safe one. Because afterall, who wants their Canada Day celebration ruined on account of a serious injury or accident. This is the last thing you want over a long weekend.

So without further a due, here are Goldfinger Injury Lawyers’s top safety tips for the Canada Day holiday:

2. Alcohol, or Drugs and Any MOTORIZED equipment don’t mix either! Operating a chain saw, a scooter,an e-bike, a small engine boat, an ATV, a Sea-Do; you name it. If it’s motorized and you’ve been drinking or have taken a narcotic; it’s not a good mix. You would be amazed at the amount of weird fact pattern calls we get following summer long weekends involving operating some sort of motorized vehicle and drinking. Often, these vehicles aren’t insured, and are being operated where they shouldn’t be operated. Play it safe from the start so you don’t need a personal injury lawyer to figure out how an insurer is going to respond and perhaps pay out for such a claim. There is no magic pill to get your health back, and no amount of money; no matter how large will ever restore your health. People don’t often understand that concept. A million dollar, or two million dollar award, or even higher will NEVER restore an accident victim’s ability to walk.

3. Boat Safety: Make sure that you boat is safe an in proper working order. Also make sure that you have enough flotation devices for all passengers, along with a working radio and flares in the event of emergency. Make sure that the lights on your boat work so that you’re visible to others out on the water. And if you’re on the boat, drinking and boating don’t mix either. See Tip #2 from above.

4. No need to speed or follow too closely. No matter where you live in Ontario, everyone will be in a hurry to get someplace this Canada Day. The 400 series highways may be lighter than usual, depending on where you’re travelling. But this isn’t an excuse to crank up the speed, or follow another motorist too closely. The faster you’re travelling, the greater the impact and the higher probability of injury. Those are just the laws of physics. Take your time and arrive alive. I guarantee you’ll enjoy your time that much more at your cottage. I also guarantee that by reading and following this tip, I may have kept you from getting a speeding ticket this long weekend as well. Keep in mind that the police and OPP are usually out in full force over long weekends to crack down on speeding and drinking/texting and driving…And one more thing to remember about those tickets. If you’re travelling say from Toronto to the Kawartha Lakes and you happen to get a speeding ticket in the Kawaratha Lakes. You will have to fight your ticket at the Court in the Kawartha Lakes and not where you came from. How’s that for a hassle. Another reason to follow this tip.

5. Here’s an often overlooked tip. When you’re outside in the great outdoors, wear proper footwear! Mother nature does not provide for nicely paved walkways. So if you’re out hiking, crocs or flat sandals may not be the best idea over rough terrain. If you slip and fall on a rock and fracture an ankle while in the wilderness wearing crocs; there’s likely little a personal injury lawyer can do to help you get compensation for your injuries. Trip and Fall accidents will happen. But you can do your best to prevent those accidents by making sure that the footwear you’re wearing is safe and appropriate for the weather and terrain you’re facing. 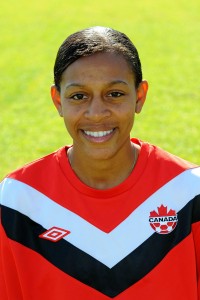 6. Fireworks aren’t toys. Make sure you’re using them safely; and make sure that the person using them is an adult. Have sand, water and a first aid kit on the ready if you’re lighting fire works. Holding a lit fire work, like roman candle isn’t safe. Pointing a firework at somebody else, or at a structure isn’t a good idea either. Here are some great firework safety resources from the Ministry of Natural Resources. They post these tips because they see what happens in their parks when firework displays go wrong. Fires and injury ensue.

7. If you’re lighting a camp fire, make sure you follow Smokey The Bear’s tips for campfires. Campfires should not turn in to bonfires.

8. Water Safety: Supervise children when they’re swimming or near the water. Use the “buddy system” for swimmers. Have a life preserver near the body of water in which you’re swimming. These are preventable accidents. Failure to supervise is a tort which lawyers can work with, so don’t let it happen to you.

Enough law talk and safety tip talk? Sure. I would like to close this installment of the Toronto Injury Lawyer Blog by commenting on Canada’s performance in the Women’s World Cup. The Canadian women lost to England 2-1 in the Quarterfinals. This was their first real test of the tournament, and they failed that test miserably. The error made by their central defender who shall not be named was inexcusable for a defender playing in a World Cup Quarter Final on home soil. You see those sort of errors in U12 House League. Not in a World Cup Quarter Final. But, this player had been making these sort of errors all tournament long. Because Canada’s competition was not strong, these errors never really hurt the team. It was only a matter of time before such errors would catch up with the Canadian team; and that one play ultimately led to their exit from the tournament.

I am not as disappointed that the Canadian team lost. I am very disappointed at HOW they lost. When a team plays at their best and loses, I can accept it. But, when a team loses on account of mental errors of loss of concentration; when the margin of error is so slim, it’s hard to stomach. This loss was particularly significant because every win draws more attention to the sport of soccer in Canada. With more attention comes more interest, more money and more growth for the sport. With Canada’s men’s team in shambles and likely to NEVER again qualify for the World Cup of Soccer in my lifetime; it’s was up to the women to perform on home soil; where the draw was skewed in their favour to make it to a semi final. Such a favourable Canadian draw and road to the semi final will likely never be seen again. And with the depth and the success of the American team, it will remain hard for the Canadians to catch up. Team USA had around 6 players on their bench who sat in the semi-final against #1 Germany, who could start for virtually any team in this years World Cup. That’s how deep that US team is. They could actually have 2 squads who could compete for the World Cup Championship this year.