The way that car accident law works in Toronto, and for the rest of Ontario, is that family members can be compensated in relation to the accident. But, this compensation does not cover pain and suffering, trauma or mental distress. The law for family members is rather limited. It only covers damages for loss of guidance, care and companionship. Again, don’t confuse this with pain and suffering or emotional distress. This is a common mistake made by accident victims and their family members. I wholeheartedly agree that family members should be compensated for the significant changes which follow after a catastrophic motor vehicle accident.

It would seem logical, and completely realistic that a mother, father, brother or sister should be compensated for their pain and suffering of a seriously injured family member. Afterall, they’re the ones having to wash, cook, clean, groom, bathe and take the injured party to and from the appointments. These tasks are called “attendant care” and there is value at law to this, but I will explain this in greater detail below. And these attendant care benefits are only available in accidents which involve a motor vehicle (such as a car accident, motorcycle accident or car/bike accident). 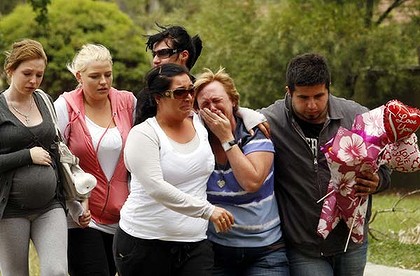 In brain injury cases or psychological injury cases, it’s the family of the injured party who has to cope with the anger, rage, depression, anxiety, moodiness, fatigue and forgetfulness of a seriously injured accident victim following a Toronto car accident. It’s those family members who are experiencing the pain, loss and depression sometimes just as much, if not more than the accident victim. What makes matters even worse is that getting psychological counseling, or medication following the accident to a loved one can prove to be difficult for the family member because they were likely not directly involved or injured in the car accident.

For car accident law in Toronto and the rest of Ontario, compensation is only available to immediate family members. Compensation is not available to a third cousin or a second uncle removed. Consult your personal injury lawyer to find out if you’re entitled to compensation as a family member as the dynamic of the term “family” has changed. Families are becoming less nuclear then they were 30 years ago. Accordingly, the field of personal injury law in Toronto has changed to keep up with the times.

The claim awards compensation if there is a “loss of guidance, care and companionship“. If there has been increased “guidance, care and companionship” following the car accident, then the entitlement to the claim can be reduced, or denied completely. What we often see at Goldfinger Injury Lawyers is that families come closer together when times are tough; like when a member of the family is seriously injured from a car accident, the family will band together and spend more time together caring for the injured family member. Families will spend more time together following the car accident because they have to. They may learn things about each other they didn’t know before. Instead of the accident tearing the family apart, it might have the opposite effect. This might be good for the family, but it may not be so good for the personal injury case and the claim to compensation. It’s just one of the examples of how personal injury law and car accident law works AGAINST the accident victim and their family.

In addition, here in Ontario, there is a $15,000 deductible for Family Law Act Claims in car accident cases which don’t exceed $100,000. So, if at trial, the Judge awards the injured party $75,000 following a car accident, and subsequently awards each family member $10,000; their claims are essentially without any value because after the $15,000 deductible is applied, all of the family members are left with ZERO. Try explaining that to a tight knit family group following an exhaustive 3 week jury Toronto car accident jury trial case. Not easy either. Would you want to go through a 3 week Toronto jury trial only to find out that you’ve been left with ZERO because of a draconian law drafted to benefit insurance companies and not accident victims? I’d be sick to my stomach and I’m pretty sure that I’m not alone.

There are other ways the family can be compensated in a Toronto car accident case. The family can claim Attendant Care Benefits (described above), loss of earnings to the household income, loss of housekeeping, loss of handyman assitance and any out of pocket expenses flowing from the accident claim.

No matter how you look at it, the Family Law Act Claim is a tricky one, particularly given the way the law is framed. In other jurisdictions, the law is more liberal when it comes to compensating the family members of a seriously injured party (look to the United States). Still, there are other American jurisdictions which put a hard cap, or completely limit the family’s right to sue at all. So, I think here in Ontario, we should be happy for what we have as opposed to what we don’t.

A great movie on the law of damages, and how they relate to accident victims is the movie “Hot Coffee” which I first saw on HBO. I love speaking with people and getting their reactions after they’ve watched this movie. A real eye opener and a social issue which often gets over looked by the media (but not by insurance companies or governments).

Speaking of governments. Anyone catch Mitt Romney’s comments on the 47% of Americans who don’t pay taxes. When a presidential candidate admits that he has given up on 47% of the population and is ready to leave them behind, it raises some suspicion with me. But then again, what do I know. I don’t have a vote in the US Election. I’m just a social justice advocating Toronto personal injury lawyer.