It seems as if every criminal lawyer across the City of Toronto has been interviewed about the murder trial of Michael Rafferty. In case you’ve been living under a rock for the past few months, Michael Rafferty was recently found guilty of 1st degree murder, kidnapping and sexual assault on Victoria Stafford of Woodstock Ontario.

So, what does this Toronto Personal Injury Lawyer have to say about this criminal trial? First: thank goodness it’s over. I can’t fathom what the Stafford Family has been going through over the past 3 years. Imagine the pain, anxiety, hate, rage, suffering, and sadness the Stafford family has endured over this period of time. You can’t put it into words.

Secondly: the law really needs to change on the status of warrants in the country. Why you ask?

Well, in personal injury law, if you want to get evidence, there is a motion you bring. In criminal law, it’s essentially the same process, although the police must first obtain a warrant for the evidence they’re after. In the Rafferty trial, they found a laptop with all sorts of evidence leading back to kiddie porn, kidnapping, rape, and all sorts of other bad stuff which would lead one to believe that Rafferty is a bad guy. All of this evidence however was excluded because the judge believed that the warrant had not been obtained properly and that Rafferty’s Charter Rights had been violated. 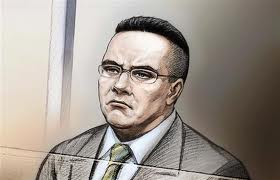 In a personal injury case, or a car accident case, or a brain injury case, the same sort of exercise is applied, but there is far less emphasis on warrants and Charter rights, and more emphasis on whether or not the probative value of the evidence will outweigh the prejudicial effect of admitting the evidence in question. The standards for evidence and the burden of proof in a civil case such as a motorcycle accident case are far different than those standards in a murder case because an individual’s life and liberty are on the line.

Michael Rafferty has been convicted. But imagine if he weren’t because the defence lawyer raise a reasonable doubt. Canadians would be up in arms at that result and would demand an appeal on the grounds that the missing evidence which was excluded at trial ought to have been admitted. That would have been an interesting appeal, and likely would have been taken all the way up to the Supreme Court of Canada if the decision were reversed.

In any event, the laws surrounding obtaining evidence via warrants needs to be more clear because too much is at stake. Murder trials make news. People go to jail for very long periods of time if found guilty. Personal Injury cases rarely make news, but the impact of a personal injury case can be equally as devastating particularly in wrongful death cases and catastrophic injury cases.