An article recently caught my eye in the Globe and Mail. It told the story of an Ottawa Pee Wee AA hockey team.

8 of the 17 players on the hockey team were forced to miss games on account of concussion. That sounds bad; doesn’t it? That sounds completely insane! What parent would sign up their kid for a game only to get concussed! How physical are these Pee Wee hockey games anyway?

What sounds even worse is saying that 8 of the 17 players on the Ottawa Pee Wee AA hockey team missed games on account of brain injury.

Make no mistake, a concussion is a brain injury.

Brain injury in the game of hockey is getting national attention ever since Sidney Crosby missed half of last season, and three quarters of this season on account of being hit in the head one too many times.

Montreal Canadiens starting goalie Carey Price is missing the remainder of the NHL season due to concussion; or should I say brain injury?

Toronto Maple Leafs starting goalie James Reimer missed about 2 months of of on account of concussion..I mean brain injury. When he returned to the Leafs, he wasn’t the same. 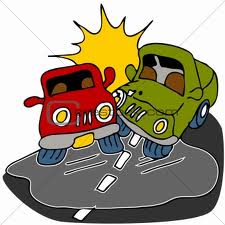 So what’s the difference between sustaining a concussion in hockey and sustaining a concussion in a car accident? Absolutely nothing. Except in a car accident, we call concussions BRAIN INJURIES because that’s what they are. In sports, they’re called concussions because the term sounds less harsh. I mean, who wants to pay good money to watch a sporting event where people routinely get brain injured? That sort of stuff doesn’t sell tickets, and isn’t good press for the sport. But referring to the brain injured players as suffering from concussions sounds far better.

I will have to give credit to the NHL though for casting so much media attention on brain injury and the devastating impact they can have on a person’s life. Take Sydney Crosby, the greatest hockey player on the face of the earth. He was in peak physical shape at the time he was brain injured. If that knock on the head could force a dynamite physical specimen to miss around 1 year of playing hockey; imagine what the impact which the same brain injury will have on somebody who’s not nearly in the same physical shape as Sydney Crosby. Imagine how their rehabilitation would be compared to Crosby’s. Crosby would have access to the best neurologists, neuropsychologists, and rehabilitation professionals money can buy. Whereas your average Joe/Jane will have to wait 5 months to see a neurologist if their lucky enough to get a referral. Some Torontonians can’t even find family doctors.

So now, when you hear the term “concussion” being thrown around; it’s no laughing matter. Concussion is a brain injury. Brain injury is a nasty demon which can have a traumatic impact on your life. Just ask Sydney Crosby, or Carey Price, or James Reimer or…..

The hockey emphasis of my Toronto Personal Injury Lawyer Blog is intentional. It’s in homage to my departed classmate, colleague and friend Stephen Johnson. Steve passed away on April 2, 2012 from a battle with Amyloidosis. Steve graduated in the top 5% of my law class. He loved hockey, beer and more beer. There are legendary stories of him partying the night before our 1st Year Contracts Finals. He showed up hung over and still got the top mark on the exam. Steve had a beautiful mind, a big heart and a great sense of humour. He was also a fantastic stay at home floor hockey defenceman, and I was proud to have won a Windsor Law Floor Hockey championship with him. He will be missed. This one’s for you Steve.