You never get a second chance to make a first impression. You parents probably told you this a dozen or so times when you were young. This saying applies as equally to everyday life, as it applies to one’s personal injury case.

Your accident lawyer never gets a second chance to make a first impression on you; the client. It’s in that initial consultation that your lawyer will inform you about your rights, what benefits you may be entitled to; what compensation you may be entitled to; and how your case may progress over time.The lawyer will explain to you how legal fees work, what sort of service you can expect from the law firm, and their action plan for your case. If the lawyer is organized, intelligent, articulate, easy to understand, and likeable, there’s a good chance that s/he will have made a good first impression on the client. The term “likeability” is a term we use a lot at Goldfinger Injury Lawyers on many levels.

The client never gets a second chance to make a first impression on his personal injury lawyer. It’s in that initial consultation the client will inform the lawyer about how the accident happened, the extent of their injuries, the extent of their pain, suffering; and how the accident has changed their lives. Because most qualified, intelligent and empathetic lawyers don’t charge any legal fees until the case settles (which may be years and years down the road), it’s in that initial consultation that the lawyer makes an important business decision whether or not to accept the client’s case. After all, if the client comes off as a liar, a faker, a cheater, a malingerer, or an all around bad person, what reputable lawyer do you think will accept that case and that person as a client. Not many. Again, another reason why first impressions are so important.

But, I will share with you why first impressions are so important in personal injury cases for another BIG reason.

Just like new clients and new lawyers are trying to make good first impressions on one another; insurance companies are trying to do the exact same thing to injured accident victims.

Now that the disclaimer above is out of the way, I can tell you what I’ve know from the inside of insurance companies, and SEEN happen with my own eyes.

If you’ve ever spoken with an insurance adjuster over the phone, you will likely hear typing in the background. That’s because they’re taking notes of your conversation. Every word you say is documented for their records. If you don’t hear typing, rest assured that the moment they get off the phone with you, they will take log notes of your phone conversation. 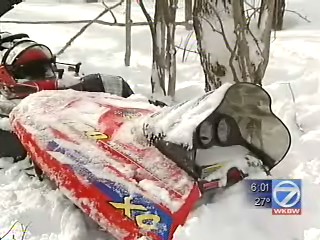 Chances are, you don’t take notes of your conversations. So, in a years’ time when the adjuster cuts off your income replacement and attendant care benefits because their doctors have deeemed you to be fine, when in fact you still need a cane to walk, they might use some of their notes against you to justify the reason for cutting you off. They might have it recorded in their conversations that you don’t grocery shop, yet they have surveillance of you grocery shopping on multiple occassions. They might have notes of you telling them that you can no longer take out the garbage after your car accident, but they have surveillance of you taking out the trash. When you beg to differ that you never said these things, the adjuster simply goes back to their log notes whereby they documented you saying these things. Because you don’t take log notes of your own conversations, you have no way of proving if their log notes are accurate or not. 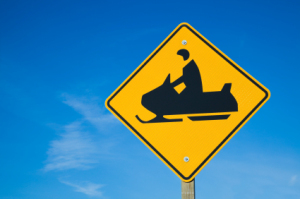 So, getting back to first impressions, the nicer an adjuster is with you from the get go, the greater the chance you will open up to them and sing like a bird. There’s also a greater chance that you won’t seek out a lawyer to assist you with your accident case. Insurance adjusters deal with accident cases every day. It’s their job. Chances are this is your first car accident case. Who do you think has more experience dealing with the ins and outs of the Insurance Act and Ontario’s complicated Accident Benefit Regime? You or the adjuster? I’ll put my money on the adjuster any day. So don’t let them take advantage of you.

First impressions are also important for the accident victim to make on the insurance adjuster through their lawyer. At the start of each accident case, an adjuster will set a value (dollar amount) for the case. This is called a “reserve“. Reserves are very important to resolving personal injury cases out of court. A reserve is the adjuster’s estimation of how much they believe the case to be worth. The smaller the injury, the less likeable the accident victim, the less believable/credible the accident victim, the less money the adjuster will set aside for their reserve. So, let’s say you have a tiny scratch from a car accident, and your an alcholic, and you lied to the adjuster saying that you broke your spine. The adjuster will see through the lie, and set a small reserve. That reserve is set early on in your case, and once they’re set, they’re hard to get changed. The more money which is set aside in that reserve, the greater the chance the accident victim can resolve their case out of court for more compensation. Another reason why that first impression is so important for clients to make.

I think I’ve babbled on long enough about reserves, first impression roses (Bachelor) etc. Hockey is back in Toronto and everyone is thrilled except the NBA fans. I can’t believe all of the hockey talk in this city. It never ceases to amaze me. I think if Torontonians spent as much time pondering traffic as they did who will be the starting goalie Saturday night (Reimer or Scrivens), congestion would be solved in Toronto and the GTA. In other news, I’m looking forward to watching some attack ads the NRA has made up in support of less stringent gun control. Those are always good for a few laughs.