99% of all car accident and injury cases settle out of Court.

1% (or less) of car accident and injury cases do in fact go to trial.

I just read a very interesting case that was recently released to the public. It was a brain injury trial/psych injury case which the lawyers estimated would take 3 weeks to hear. Instead, the trial took over 6 weeks to be heard. A link to the case can be found here.

Also, interesting to note that in this case, the car accident took place on August 3, 2001. The trial concluded on June 27, 2013, although cost submissions are not due until the end of September 2014. For you stats guys out there who love reading the Toronto Injury Lawyer Blog, that’s 12 years, 10 months and 26 days between the time of the car accident, and the conclusion of the trial (not including cost submissions).

To make matters even more complicated, I believe that the lawyer for the insurance company/defendant in this case may be appealing this decision. That means that the accident victim won’t get ANY money until the appeal is heard, which could take a number of more years.

So, what’s interesting about this minor traumatic brain injury case which caught my eye?

Firstly, the Honourable Justice Morisette DISMISSED they jury. That means that the trial started as a Judge and Jury trial, then at some point during the trial, the Jury was sent home and the trial proceeded as a Judge alone trial.

When it does happen, usually the jury is replaced with another jury. But finding another jury on such short notice is difficult. The end result is that the trial is adjourned (delayed). That delay can last a few months, or even a few years.

What else caught my eye is what the Judge said at paragraph #3 of her decision:

“To say this was an over-lawyered trial would be an understatement. Almost every issue seems to have been bitterly contested by the parties, much of which was underserving of such treatment and which prolonged the trial unnecessarily“.

I also found some the the defence insurance tactics interesting. In this case, the Plaintiff alleged that she sustained a mild traumatic brain injury, along with bouts of depression. At paragraph 66, the trial Judge noted:

“The defence spent considerable time attempting to establish that family issues in the time after the accident are the material cause of Ms. Doxtater’s cognitive impairments. In short, these family problems included, but were not limited to:

a. Jay Doxtater had an extramarital affair in early 2003. Following the affair, Ms. Doxtater attended her family doctor, with her husband, so that she could be tested for a sexually transmitted disease.

b. Valerie Doxtater became involved in drug use, most likely starting in the spring 2002, which persisted for several years. She became pregnant in 2004 at about 15 years of age.

c. Taylor Doxtater also had drug addiction issues and legal troubles. There was evidence that he abused crack cocaine for a time. He was charged, convicted and incarcerated several times. He was also homeless for a while.

The Defence’s medical expert, Dr. Berry took the position at trial that “Ms. Doxtater did NOT suffer an acquired brain injury as a result of the accident on August 3rd, 2001 and any cognitive impairments experienced to this day can be attributed to the family stressors indicated above. In his view, any mother subjected to this type of emotional turmoil would render most to be completely disabled.” 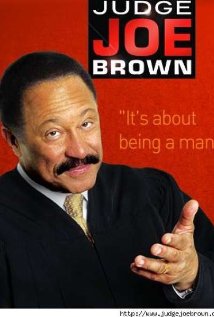 This argument, thankfully, was completely rejected by the Judge at trial. Talk about digging in the dirt. But let this be a lesson to you. The insurance company will stop at nothing to defeat your claim, even if it means digging in to your family’s dark secrets and problems. Even more startling should be that the Court found all of this information to be RELEVANT to this personal injury claim. If I were to tell you that your brother, sister or spouse’s drug abuse or incarceration history would be relevant to your car accident/injury claim; you would probably roll your eyes and laugh. You’d be amazed that this information, in a twisted way was found to be relevant at trial. It amazed me too so you’re not the only one!

But here’s the best part of this decision. It’s the HOW, and the WHY did the Jury get dismissed so that the trial proceeded by way of Judge alone. Here’s the answer to that great mystery. It begins at paragraph 116 of the Court’s decision:

“At the conclusion of the defence opening address, it was not surprising that plaintiff’s counsel sought an order to strike the jury. In my view, the cumulative effect of defence counsel’s opening remarks could not be effectively neutralized by any corrective instructions that might be given.

In essence, what was said and the tone in which it was said caused me grave concern. The defense’s opening address was not an outline of the anticipated evidence, but rather a vitriolic attack on the character of Ms. Doxtater liberally peppered with impermissible argument.

The following are but a few examples of what was said which was variously inflammatory, rhetorical, sarcastic or ridicule of the plaintiff, any of which likely had a negative impact on the jury:

– she never has taken an antidepressant or pain medication
– the plaintiff is asking for tens of hundreds of thousands of dollars
– was she in pain last week?

– she wants a housekeeper right now
– I tell you that Dr. Duwyn was referred by a lawyer to investigate the law suit
– this lawsuit is a lottery for her

The Judge found that the cumulative effect of these inflammatory and inapproriate statements/argument could not be remedied in any way, shape or form. At trial, defence counsel asked for a mistrial after the Jury was dismissed, and asked for a new jury. In response, the Judge stated:

“this would have delayed trial, yet again, for probably another year or more, which was clearly not in the interest of justice, particularly give the date of this accident“.

What the Judge could have done is delayed the trial and awarded costs thrown away to the Plaintiff on account of the Defendant’s conduct. That might have been the safer and more conservative play, but I wasn’t there to asses the tone of the trial at that point in time so I can’t really say. Or, the Judge could have done nothing and let the trial proceed with that same jury. That tells me that he comments made by the insurance defence lawyer were so outlandish and outrageous that the Judge had no choice but to dismiss the jury.

As a result, the trial proceeded by way of Judge alone. The Plaintiff won, if you could call a 6+ week trial for $100,000 in general damages, plus $50,000 in loss of competitive advantage, plus another $45,000 in Family Law Act Claim, plus interest and costs a win. Perhaps it is if the Plaintiff made a proper Rule 49 Settlement Offer which they beat; or they beat the Defendant’s settlement offer.

One more thing I’d like to point out about this case. Aside from a potential appeal by the Defendant, the trial is NOT yet officially over. The Judge noted that if the parties are not able to agree on legal costs (which based on the tone of the trial, they likely aren’t going to agree on), then the Plaintiff has to make written cost submissions served and filed by August 29, 2014; and the Defendant has until September 19, 2014 to respond. By the time the Judge reviews the cost submissions and makes her decision as to how costs are to be awarded, another 3-7+/- months may have passed.

Did I mention that an appeal by either side would cause even more delay in the accident receiving any compensation? Just thought I would throw that out there again and let it sink in. Nice and deep…

I would also like to congratulate the team behind the ALS Ice Bucket Challenge on the most VIRAL fundraising campaign I’ve seen in a long time. Well done! I gather from all of the videos I’ve been seeing on the Internet that it’s a huge success. Keep up the good work.