This holiday season, police are reporting catching a record amount of impaired drivers through the R.I.D.E. program. This is great as it’s keeping impaired drivers off the streets to reduce the possibilty of a car accident.

But, police are also reporting that a number of people are using social media such as Twitter and Facebook to alert others where R.I.D.E checks are being set up, so that the spot checks can be avoided. This is disturbing news for so many reasons. From the eyes of a personal injury lawyer, I can tell you that some of the most devastating personal injury cases I have seen have been as a result of someone’s poor judgment to drink and drive, which resulted in catastrophic injury.

Organizations such as Mothers Against Drunk Driving (M.A.D.D.) and Ontario Students Against Impaired Driving (O.S.A.I.D.) with the assistance from local police, have worked tirelessly to get the message out to stop drinking and driving. It’s a sign of the times that a single Tweet may allow a drunk driver to avoid a R.I.D.E check and cause a car accident; or worse, take someone’s life in the process. 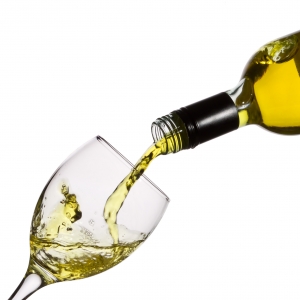 This is particularly important as the laws surrounding the offence of drinking and driving in Ontario have changed in recent years. The magic number for blood alchohol content used to be a .08. That number has since changed to .05. Now, if you’re caught driving with a blood alchohol level of over .05, your license will be suspended on the spot for at least 3 days. and you will have to get it back from the Ministry of Transportantion and pay a $150 fine. No questions asked. Even if you don’t blow a .05, an officer can still charge you if the officer believes that your ability to drive a car is impaired. The number of impaired driving offenses has increased in 2011, but the number of impaired driving fatality claims has decreased as well. So, if you plan on drinking, don’t drive. For the safety of those around you, for the safety of your neighbours and loved ones; and to avoid your own personal legal headaches. With the new legal limit of .05 in Ontario, it doesn’t really take much to find that you’ve broken the law. I’ve heard from a few criminal lawyer friends of mine that the rule changes have made it even more difficult than before to win a criminal case with impaired driving charges. Even more difficult is when somebody gets injured as a result of the car accident. Few Judges will have sympathy on that drunk driver to drop the charges. Just wait until the Judge reads the victim impact statement. That’ll be sure to trigger a few emotions and put the drunk driver into an even deeper hole.

Finally, what would a blog post from me be like without a venture away from the world of personal injury law, and into the lighter side of life. I’m so pleased that the NBA is back and that I can continue to watch my Raptors lose. Their motto for this season should be “last..fast”. The more wins this team gets, the further away it gets from a quality draft pick and a real shot at a championship. Not too long ago I looked at all of the first round busts or “coulda hads” by the Raptors through the draft. We could have drafted guys like Andre Igudala, Rudy Gay or Roy Hibbert (had we not traded a pick for Jermaine O’Neil). What ever happened to Rafael Araujo, Roko Ujcic, Joey Graham or Uros Slokar? They were all supposed “solid” NBA players. They all turned out to be as solid as Toronto Maple Leafs Stanley Cup parades from 1968 on onwards. Zing!

Finally Congrats to Jay-Z and Kanye West, who will each get paid a heftty 3 million dollars just to sing a girl’s 16th birthday party. That’s some sweet 16 gift isn’t it? Who’s dishing out the 6 million dollars for this star studded performance? None other that the owner of Manchester City Football Club, Sheikh Mansour. The good Sheikh flew the dynamic duo out to Dubai for the birthday party. If only I were born a rapper and not a personal injury lawyer from Toronto. Ahhh..That would be the “good life”.

Wishing you all a happy new year and a safe New Year’s Eve.