This morning, I saw some of the most gruesome video tape of an assault I have ever seen in my years as a personal injury lawyer. The video depicted a horrific assault of one man, pummelling a defenceless man who had been knocked unconscious from a series of punches to the head.  Even though the man being beaten lay motionless on the ground, he was still being punched repeatedly in the face. Unlike a Mixed Martial Arts fight, there was no referee to stop to beating. It continued for what seemed to be an eternity. This was rated “R” footage that would have made anyone cringe. Even a personal injury lawyer such as myself who has seen some pretty nasty images over the years.

As a result of the serious beating, the injured party sustained a fractured orbital bone, along with brain damage. This does not take in to consideration the bruising cuts to the victims face. He had to be rushed to hospital in Toronto following the attack, where he remained for 3 days following his discharge home.

Around 10 years ago, when injured parties and witnesses were asked to provide their best recollection of the events giving rise to the claim, all they had to go was based on these foggy memories, notes, or perhaps photos taken at the scene.

But all of that has changed over the past decade. Cameras have gotten smaller and smaller; and those cameras now have video capabilities. Every cell phone on the market today, with a few exceptions, have both photo capability and video capability. And there are now more cell phones on the planet than people. Cameras are so small today, and can be connected to almost any computer device, they can fit on any surface; from a dashboard cam on a car; to the back of a pen/pencil.

The best thing about letting the tape roll, is that it presents the absolute best evidence to a Judge and Jury. It doesn’t matter if one witness is credible, likeable or not. All that matters is what’s seen on the footage and whether or not that footage depicts a telling enough tale to convince a Judge or Jury one way or another.

Chances are if the footage captures such a horrific and heinous car accident, assault or another catastrophic injury; that’s will be enough for a skilled and experienced personal injury lawyer to run with to establish liability against the at fault party in the case.

Defendants rarely admit that an accident was their fault. And when they do, it’s human nature to down play the impact of the event. A Defendant might say at Examination for Discovery that they rear ended and collided with the Plaintiff’s vehicle; but they would describe the impact and the collision as a “minor fender bender“.

Then at trial, the video evidence from the car’s dash board cam shows that the Defendant’s vehicle was travelling at high speeds and following impact, pieces of the car flew everywhere, and the vehicle spun out of control. This can hardly be described as a minor fender bender sort of accident.  This sort of video evidence not only provides the judge and jury the best evidence possible of the car accident; but it also completely discredits a Defendant who is trying his/her best to down play their role in the subject car accident. 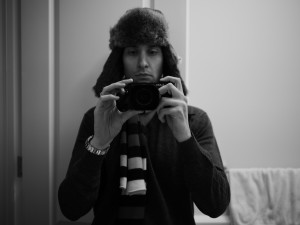 Strangely enough, the increased use of cameras has called police investigative tactics in to question. In the past after a car accident, the police would have to determine how the car accident happened based on one party’s word vs. another; plus any statements from witnesses. It’s not uncommon for the police to favour one person’s version of the events over another. Sometimes the police can get thing WRONG. Unfortunately, these things happen. The increased use and availability of cameras have kept police forces all across the province of Ontario on their toes; and dare this lawyer say; more accountable for their actions than ever. If they get it wrong, or do something inappropriate; chances are somebody will get it on tape and post it on YouTube to shame that officer and their police force.

Personal Injury Tip from the recently named Legal Elite by London Business Magazine: If you have a camera connected to your smartphone; remember to use it to take as much video and photos as you can of the accident scene. This is even more important in the context of a slip and fall so that you can properly identify the hazard which caused you to fall and sustain a personal injury. Accident scenes constantly change. The state they were at the time of the accident is crucial to your case. The best way to capture those conditions is quite simply busy taking a picture and/or a video using a trust and capable smartphone. This can be the difference between a strong and a weak personal injury case. The more images/video which you take, the better. Your personal injury lawyer will thank you. Until next time. This is Brian Goldfinger signing off from the Toronto Injury Lawyer Blog. Thanks for your readership!