Basically, you and your lawyer are asked questions from the opposing lawyer. The questioning takes place at a Court Reporter’s offices, which is essentially a board room. The Court Reporter records everything that’s said during the discovery and makes a record of it. Everything that’s said during the discovery, while on the record, is on the record and will be used against you at trial. If your testimony at trial doesn’t jive with your testimony at trial, the opposing lawyer will try to paint you out to the Court as an unreliable source of information whose testimony cannot be relied upon. What you say at discovery will be held against you. Your words matter, so be mindful of what you say.

As a personal injury lawyer at Goldfinger Injury Lawyers, I’ve attended on countless discoveries. I’ve seen the do’s and dont’s. What you say, and how you present at discovery can make or break your case. So, if you’ve been involved in a personal injury claim, here are some quick tips on what to do, and what not to do at your examination for discovery.

2. Don’t make things up to impress me, or the lawyer on the other side. Discoveries aren’t game shows where you get points for correct answers. You won’t impress me or the other lawyer by remembering that your car accident which took place 5 years ago happened on a Wednesday and the sky was blue and there were 4 clouds overhead. Because after looking at a calendar and the Environment Canada website, it really turns out that your car accident happened on a Monday and it was overcast and rainy. You’ll just look foolish and the other lawyer will think you’re an exaggerator of the truth/poor historian. And if you embelish, exaggerate or make things up about such a nominal thing like the date/weather of your car accident, then who’s to say you won’t do the same thing when it comes to your accident related pain or impairments. You will be looked on as a guy who can’t be trusted. Kind of like this guy. 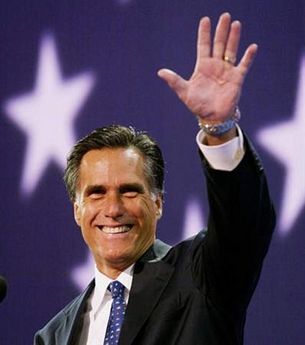 Tip: If you don’t know the answer to a question; or can’t remember something, just say “I DON’T KNOW or I CAN’T REMEMBER”. Nobody will fault you for that. This is especially important if you’ve sustained a brain injury in a car accident and you’re alleging that you have memory problems.

3. Tip: Take breaks. You’re not a prisoner during your examination for discovery. Want to go to the bathroom? Ask for a five minute break. Want to grab a smoke? Ask for a break? Is that other lawyer’s voice so annoying you want to vomit and just can’t take it anymore? Then ask for a break! It’s your discovery. You’re the star. Your level of comfort is paramount. The lawyers aren’t going anywhere. They’d welcome the break. Most, if not all the lawyers for the insurance companies are paid by the hour, so they really don’t mind sitting around, doing nothing and still getting paid for it. Nice way to for a defence lawyer to pump up their billable hours if you ask me.

4. Final tip: Relax. This is the MOST difficult thing for personal injury clients to do. But it’s NORMAL to be nervous for your discovery. But remember, the discovery is all about YOU! And who better knows you than YOU! Who better to answer questions about you than YOURSELF! You’re the best person for this task, so don’t worry so much about it. It will be done quicker than you think.