The governing Liberals announced Ontario’s budget on April 23, 2015. Finance Minister Charles Sousa, backed by Premier Kathleen Wynne were in fine form that day. When one thinks of the term “budget“, we would think of all things financial, including taxes, public spending on healthcare, infrastructure, and education. And to be fair, healthcare, infrastructure and education were all addressed in the 2015 budget.

But what often gets swept under the rug without any debate, deliberation or consultation with stake holders is CAR INSURANCE.

Why is this such an important topic? Well, for starters, if you want to drive a car in Ontario, you need to have car insurance. It’s the law. Check the Compulsory Automobile Insurance Act. That’s right. Ontario has a specific act regarding operating a motor vehicle WITH car insurance.

So, if Ontarians are required to operate a motor vehicle with car insurance, then it’s going to be important to all motorists in the province. This amounts to a lot of people. And if all of these people need to have car insurance, then the product they’re required to purchase better be a good product, and protect their rights in the event of property or physical damage.

For insurance companies, car insurance is important because it’s a way for them to make money. What the legislation says regarding what insurers are required, and not provided to require under these policies of insurance goes straight to their bottom lines. The more they can charge by providing the least amount of benefits will increase their profits and make their shareholders happy.

For politicians car insurance is important because if rates are too high, then voters are unhappy. So, the aim of politicians when tinkering with car insurance is to get the cost of car insurance down. But how do they do that? The government doesn’t set car insurance rates. But they do however legislate what benefits are required to be provided in said policies and how benefits work; which ought to have some form of correlation with the price of car insurance (among other factors such as driving record, age, where you reside, driving experience, and the type of vehicle your drive).

So how has car insurance in Ontario been affected since the new budget was announced? Keep reading and I will share that with you.

In 2010, the Liberals announced the Minor Injury Guideline. Basically, it provided a mechanism for insurers to pay out just $3,500 for med/rehab benefits such as physiotherapy, massage, chiropractic treatment etc. instead of $100,000. That’s a savings of 96.5%. They then slashed the $100,000 limit for such benefits down to $50,000. They then slashed attendant care benefits from $72,000 in half down to just $36,000. They then required that an injured accident victim show that the attendant care benefit was an “incurred benefit” meaning that money changed hands from one person to another for the provision of said services making it only possible for wealthy injured people to recover said benefit.

If life for injured car accident victims wasn’t hard enough, it just got a hell of a lot harder after the Liberals announced the 2015 budget.

The sweeping changes for car insurance from the 2015 budget are as follows: 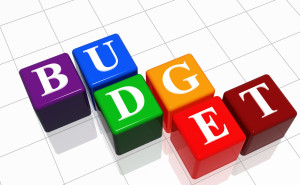 Not a single one of these proposals will assist any of Ontario’s drivers, who are the largest stakeholder in the system.

The intention of government isn’t likely to screw people. Perhaps I’m naive in thinking that. I honestly believe that the government thinks these radical changes will reduce car insurance rates. And that’s all the government cares about when it comes to car insurance. What’s the best way of lowering rates? Slashing the product.

The government has been slashing the car insurance product in Ontario every four years for the past 2 decades. I have NOT seen a reduction in rates at all. The only one who benefits from these cuts are the insurers; who are able to charge more and pay out less for claims. Let’s not complicate the issue because it can be boiled down to that point and that point alone.

For too long Ontario drivers have been paying too much for car insurance and not getting a fair return on their investment. A study from two York University Professors confirmed this. So what has to change? Perhaps eliminating the SABS and Accident Benefits all together and going back to a straight tort system without any deductible or threshold and simply deal with claims on their merits like it was done in the 1970’s. I suspect that won’t happen, and we will see further deterioration to car insurance in Ontario; along with making it more difficult for innocently injured accident victims to get the compensation which they deserve following a serious motor vehicle collision. I would love for Charles Sousa and Kathleen Wynne to sit down with one of my clients and explain to them their rationale for limiting their rights to recovery. It’s hard telling a paraplegic who was catastrophically injured by a drunk driver that they can’t access any further benefits because the government has slashed those benefits. When the health care system de-lists services, where are people to turn for the medical attention and care they need?

Enough law talk? Sure. I’d love to write something nice and uplifting about now, but I just get too depressed thinking about how my clients and future generations of Ontarians will cope when faced with the feeble accident benefits regime which Ontario now has to offer.  My advice: Don’t drive and avoid cars at all costs. If you get seriously injured; your insurance policy is NOT in any shape to take care of you and help you recover on your road to rehabilitation.