The calls keep rolling in to our law firm. I’m proud to say that I’m the lawyer who prospective clients will speak to. And, I can say based on all of my years of in-taking such calls that every body thinks they have an AMAZING case that’s worth like a million…no way…5 million…no way….100 million dollars.

Don’t get me wrong, multimillion dollar personal injury cases in Ontario do exist, but they are not the norm.

To put it into perspective, your standard Ontario car insurance policy has limits of $1,000,000. That means that if a drunk driver hits and injures you, there’s nothing stopping your lawyer from suing that drunk driver for $10,000,0000. But, if policy limits are just $1,000,000, your hopes of recovering that additional $9,000,000 are few and far between. Ever hear of trying to get blood from a stone? Same idea applies here.

Some people pay the additional $5/year to purchase additional liability insurance to increase their policy limits from $1,000,000 to $2,000,000. For just $5 or so, it’s the best bargain on insurance you can get. Talk to your insurance company about bumping up your liability insurance. It’s worth it. Crazy thing is that most people don’t even know this is an option. Get it. Full disclosure: I don’t get any commission from any such sale as I’m a lawyer and NOT an insurance broker. But based on what I’ve seen in the past, this is a bargain.

So, how do we get to those multimillion dollar car accident cases that actually pay out the millions and millions of dollars. You generally see them where there is commercial insurance in place. Large freight trucks, transport trucks, buses, construction vehicles usually have higher than $1,000,000 policy limits. We also see this where very wealthy people with real assets and limited debt cause serious accidents. What happens in those cases is that their own insurance company will defend them up to the policy limit, and then afterwards, they will need to retain their own excess insurance counsel for the amount over and above those policy limits. $1,000,000 is certainly a lot of money, but it can go very quickly when there are serious future care cost considerations at play following the car accident. Translation: A Million Bucks doesn’t go as far as it used to. Heck, $1,000,000 won’t even get you a decent detached family home anymore in Toronto proper 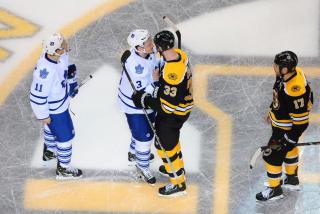 So, if there is a cap for pain and suffering, then where does all of the money come from? Good question. The meat and potatoes for any accident claim in Ontario will come from past/future income loss as a result of the accident, along with past/future care costs. Bad news: If you didn’t report an income before you’re accident, or you were unemployed before your accident, you will have a real difficult time establishing your past or future income loss. Retired people, pensioners and students all have big hurdles to climb with respect to their past income loss claims. Retired people and pensioners also have similarly difficult hurdles to climb with respect to their future income loss claims or loss of competitive advantage claims in the workplace. They are retired.

Bad News: If you don’t require a lot of future care on account of your accident, then you will also have a limited past/future care cost and past/future attendant care claim.

Enough about damages in an accident claim. Let’s talk about bigger disasters. The Toronto Maple Laughs Game 7; 3rd period disaster is a game which will live in infamy in Toronto hockey lore. Here’s a franchise that hasn’t made the playoffs in 9 years; has deprived its fan base of a championship since 1967 (when there were just 6 teams), and can’t close the deal up by 3 goals with 10 minutes to play. This was a disaster of epic proportions. What gets me going are all the die hard fans saying “good effort” to the millionaires on the team who chocked. Toronto fans ought to demand excellence from their team. Instead, they reward the franchise with sell outs, high praise and get off too easy cards all the while the team has fielded a mediocre product since 1967. That would not happen 350km east along the 401 for the Rouge, Bleu et Blanc. Bad team? No problem. Fans will stop going to games until the team starts winning again. Underachieving players? Get booed and thrown out of town. Money hungry management cares more about coin then cups? Thrown to the curb. Demand excellence and you will be surprise by the results. Accept mediocrity and you wallow in the gutter..just as Toronto’s hockey team has been doing since 1967.