Sometimes, the Toronto Injury Lawyer Blog examines recent cases that we think our readership will enjoy. We do our best not to make the legal analysis too technical, because that just turns in to a snooze fest. We want to keep things light, upbeat and easy/enjoyable to read. The law can be very dry and we don’t want our blog to become a bore.

The decision was taken to Ontario’s Highest Court, (just shy of the Supreme Court of Canada); to the Ontario Court of Appeal on Queen St. in Toronto.

What makes this case so interesting for our law firm? Read on and we will share with you.

Denise Garneau was diagnosed with fibromyalgia. She began receiving LTD benefits in around 1996. In around 2002, she took a medical retirement from her government job and began receiving superannuation benefits from the government.

The LTD benefits amounted to $3,293/month from Industrial Alliance.

On top of that, she was also receiving $1,719/month in superannuation retirement benefits from the federal government.

Around 5 years later, in September 2007, Industrial Alliance became aware that Ms. Garneau had retired, and was now receiving an additional $1,719/month in superannuation benefits.

This didn’t make Industrial Alliance happy….And so the waters began to get rough for Ms. Garneau…

The terms of Industrial Alliance’s LTD policy for Ms. Garneau was full of wording with respect to set offs. For more about set offs and LTD claims, see last week’s Toronto Injury Lawyer Blog Post which addressed how they work.

After doing the math, Industrial Alliance calculated that they had over paid Ms. Garneau $114,644. As a result, Industrial Alliance STOPPED paying LTD benefits immediately; and three months later after the stoppage, they agreed to re-instate the benefit at a 50% reduced rate ($1,646.50/month).

Ms. Garneau had never communicated to her employer or to Industrial Alliance that she had been receiving both LTD benefits and superannuation benefits.

The Plaintiff, Ms. Garneau brought an motion seeking for a Order limiting Industrial Alliance’s set off from 50%, down to 20%; arguing that the Wages Act R.S.O. 1990 c.W-1 s. 7 exempts 80% of wages, which include disability payments, from seizure and garnishment. Thus, the same provisions ought to be applied to LTD payments.

The Honourable Justice Metivier dismissed the Plaintiff’s Application; holding that the over payment by Industrial Alliance was debt and NOT a wage; and as a result, the provisions of the Wages Act did NOT apply. Leave to appeal to the Divisional Court was denied.

In the action, Industrial Alliance brought a motion to dismiss the Plaintiff’s claim by way of summary judgment. The motion judge held that Industrial Alliance was entitled to use “the self help remedy of deducting Ms. Garneau’s LTD benefits to repay the overpayment by the terms of the disability policy“.

The motion judge also held that Industrial Alliance did NOT deal with Ms. Garneau in a malicious, oppressive or high-handed way to merit an award of special damages, aggravated damages, punitive damages or exemplary damages. The Judge sided with Industrial Alliance and decided to DISMISS her claim all together.

Unfortunately for Ms. Garneau, the judges from the Ontario Court of Appeal all sided with Industrial Alliance as well. The Honourable Justice Lauwers stated:

“I see no error in the motion judge’s determination that a summary judgment motion was appropriate in this case…I would agree with Industrial Alliance that there was no palpable and overriding error in the motion judge’s determination that reducing a debtor’s total income by approximately 20% in order to discharge a debt obligation is not unreasonable..I would dismiss the appeal, with costs fixed at $20,000 in view of the Appellant’s failure to accept the Respondent’s settlement offer. These are to be added to the over payment balance to be repaid on the same basis“. 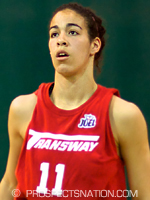 Make no mistake, this was a big win for Industrial Alliance. Not only did they win on every single point of law, and upheld the set off provisions in their policy; they also won their legal costs for the appeal in the amount of $20,000. And unlike in other claims, where cost recovery is very difficult with injury accident victims who don’t own property; this recovery is again a CREDIT to Industrial Alliance in $20,000 less LTD payments which they would have owed to Ms. Garneau. So, in addition the to 50% off set which was upheld by the Court of Appeal, Industrial Alliance is now entitled to a further $20,000 off set. That’s a win for any insurer.

Enough law talk? Sure. Is everyone enjoying the Toronto Pan-Am Games? The problem with the games is certainly the lack or poor television coverage which the CBC has provided. No games are live. Few games are in their entirety. If you want to see a live game in its entirety, you need to stream it from your computer. Those games are without proper commentary or analysis. The result was that Canada’s Gold Medal Men’s Baseball and Gold Medal Women’s Basketball performances; which both would have had HUGE ratings had they been broadcast live; weren’t even shown. The growth of the games and the sports also were hurt by the lack of proper coverage. If you’re going to have a multi billion dollar event like the Pan Am Games which have taken the GTA by storm, you have to do it right. Thus far, the games have been a success; but their execution from a media perspective has NOT been done right at all. Which is a shame because all of the potential good will the games promised is being flushed down the drain.