In around August 2013, the personal injury bar, along with the sports world was shocked that the NFL and its former players had reached a $765 million dollar settlement in a concussions class action law suit brought against the league.

The former players argued that the NFL knew or ought to have known of the dangers of concussion and hid these dangers from their players; often not providing them proper treatment and expecting them to play through the brain injury. The dangerous playing conditions and expectations put on these players led to significant long term cognitive and psychological damages. Just do a Google search for Junior Seau or Jovan Belcher and you’ll see what I mean.

From the NFL’s perspective, there were a few major issues with the players’ case. Causation: it’s going to be difficult to prove that playing NFL football in their league caused these damages. Shouldn’t you look at all of the games/practices these players have been through throughout the course of their playing careers? What about Pop Warner, High School, College or Semi-Pro in other leagues? What if these players had pre-existing psych injuries, or if they were genetically pre-disposed to these sort of injuries? What happens if mental illness was in the family passed down from generation to generation? What if their depression stemmed from not being able to cope living as a retired athlete outside of the spot light they had become accustomed to?

There were a lot of factors when it came to causation. Even more difficult for the players was proving damages, and quantifying those damages. How can you possibly quantify such damages associated with concussions and football. Seemed like a very difficult case to prove for the players.

That’s why many legal pundits, including myself (not that I consider myself a pundit) were shocked when the NFL and the players reached a settlement. I thought it was largely a public relations play by the NFL. They showed some goodwill to their former players which made them look good in the media and to their millions of fans. With the lawsuit out of the way, the NFL could carry on business as usual, instead of having to deal with a billion dollar class action lawsuit looming over their heads. They took a page from the book of JP Morgan. Settle and deal with your outstanding debts even if it means paying millions, so that you can go on to do what you’re good at; which is making BILLIONS.

Well, despite the players and the NFL entering in to an out of Court settlement in good faith, US District Judge Anita Brody has rejected the settlement. She was concerned that not all NFL players who have been diagnosed will get fair compensation.

But, if the Plaintiffs are not able to convince the Judge that the settlement is a fair one, the Judge may completed reject the settlement and it’s back to the drawing board for the players and the NFL. They Judge might want the NFL to pony up more than the $765 million they’ve agreed to pay. The NFL might not want to pay any more money. 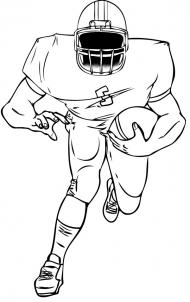 If that happens, and the players and the NFL are forced to duke it out of Court, and the NFL wins their lawsuit; how would you feel if you were the judge who declined the settlement? That’s an extreme scenario, but it’s still in the realm possibility. A very slim possibility, but a possibility none the less.

There are other times when two sophisticated parties who understand the pros and cons about their respective cases enter into a settlement agreement under the guidance of counsel (who have retained medical experts, actuaries, etc.) when the Court should stay out of private affairs. From the NFL’s perspective, they want to be rid of this negative publicity. From the player’s perspective, nobody forced them to accept $765 Million. If they wanted more, they should try to fight for more. But getting more money in a case such as this sounds like a very tall task, and a tremendous risk.

Who knows. Either way, this must be a painful experience for both sides.

One thing which the public ought to know that you’re able to OPT OUT of class actions. If an individual does not believe that they are getting fair compensation from a class action settlement, they can opt out of the class and proceed with their own individual law suit.

Legal Winter Weather Tip # 12: Wear winter boots when walking in the ice and snow. Safety ought to trump fashion this winter and every winter. Didn’t I mention in a previous Toronto Injury Law Blog Post that winter boots have become increasingly “cool” and fashionable over the past few years?

Finally, we would like to thank the good people at the Peterborough Regional Health Centre for all of their great work and assistance to our office, and to our clients over the years. The hospital has undergone a lot of changes in the past decade. All I can say is that the staff are fantastic. The facility is second to none for a “smaller” hospital. And boy, is it ever a clean, kind and welcoming place. Keep up the great work!