In case you haven’t noticed, the white stuff we call snow is all around us. It’s causing some slippery conditions for motorists and pedestrians alike. Just getting around your respective city or town, whether it’s a booming metropolis like Toronto, or a small Town like Omemee (home of Neil Young, just outside of Peterborough), you have to be careful.

We get calls everyday from people seeking our assistance with their personal injury claim. In order to build a case from the start, we need evidence. Cases are built on evidence. Some evidence is not permanent; meaning that it can get lost or evaporate in to thin air.

Many people who are injured in an accident don’t understand this concept, and it’s very important to do so.

What’s more common is that the fall happens, the accident victim hobbles or is assisted somewhere quiet/safe, and then goes to the hospital with assistance from a friend/family member, or then calls the ambulance at a location away from the scene of the accident. Other times the person doesn’t believe that they’re seriously injured, and a few days go by and their injuries continue to nag, and then they seek medical attention with their family doctor to find out that they’ve sustained a serious injury (think hairline fracture). 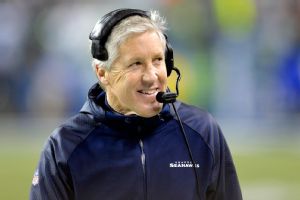 In these scenarios, the last think that the injured party thinks about is gathering evidence for their case. But, this is the most crucial time to gather such evidence, because the evidence/the scene of the accident will CHANGE over time. Witnesses will flee the accident scene never to be seen again. Snow will melt. Ice will get sanded/salted. Things will change which are impossible to re-create.

Television is a great thing. But the legal dramas on television have taught the audience that every alley, every parking lot, and every hallway has video cameras that are motion detected and have infra-red, heat seeking technology such that we can zoom in on the patch of ice where the fall took place and capture exactly how the fall happened and isolate the temperature of the ground where the fall happened to pin liability on the property owner. Or, people think lawyers we have access to NASA satellites which are constantly filming you to make sure that you’re safe; and when something bad happens, those satellite images will produce photos showing that you slipped and fell on a patch of ice.

All of that stuff works on modern TV shows like CSI. But, it’s not reality.

One of the most important pieces of evidence in a slip and fall case is a photo of the hazard which caused the fall to happen in the first place. This shows the condition the surface was in at the time of the fall so that a Judge/Jury can properly assess whether or not the surface was in a proper state or repair, was properly maintained, or was a danger to the accident victim.

Not getting the photos immediately after the fall took place, or within a reasonable period of time may jeopardize the case. We have seen many instances where private property owner sand, salt or de-ice their property in order to conceal the evidence that their property was not in a proper state of repair. Snow and ice melt. Conditions change. How is a Judge to determine if the ice/snow constituted a hazard or a danger to the Plaintiff if there aren’t any photos? What happens if there are winter maintenance records which show that the surface where you fell was salted/sanded within 12 hours before the fall took place? The property owner will NOT be held to standard of perfection. All they need to do is show that they acted reasonably given the circumstances and had some form of winter maintenance system in place; which they were in fact using.

This is why getting photos of the accident scene is so important.

Also important is getting the names and contact information of any witnesses to the fall. Why? Witnesses leave and become hard to track down over time. Their memories fade. Their willingness to co-operate dwindles as well.

But what about serving them with a subpoena compelling them to testify? Sure. We can do that. But, 99% of cases settle out of Court so their testimony may never get heard. On top of that, would you really want to have an adverse witness testify in your case? If they don’t want to be there, and they don’t want to co-operate, chances are that they won’t make a good witness for the case. The last thing you want on the stand is your own witness being surly and un-cooperative on the stand. Not a good recipe for the successful litigation of a personal injury claim.

It’s more the liability evidence that we are concerned about, because this is the cost common evidence to go missing in a slip and fall case. And when there are serious injuries like an ankle fracture, or a head injury, it’s this sort of evidence which can make or break a case.

Enough law talk? Sure. What’s happening with Toronto’s professional basketball team? I blame their recent slump on FATIGUE (these guys play a lot of games in a LOT of different cities), along with poor defense from the Point Guard Position. Stop the ball and stop penetration, you stand a better chance of making the opposition take a more difficult shot.

Finally, there is an image of NFL Head Coach Peter Carroll contained in this edition of the Toronto Personal Injury Lawyer Blog in order to commemorate the WORST play call/decision in modern North American professional sports history. 2nd and goal from the 1 yard line with a tank named Lynch in the backfield. If you can’t score to win the Superbowl on consecutive running plays, then you don’t deserve to be called a Superbowl Champion. Trust your guys and gain that yard. Worst…Call…EVER!