When I show clients their files, often; they are astounded by the amount of paper involved in handling their case.

Even in a “paperless system“, we still print medical records, medical reports, pleadings etc. for mediation memos, briefs and Affidavits of Documents. At the end of the day, personal injury law involves a LOT of paper.

One of the most important pieces of paper which accident victims will likely sign in the course of their case is something called a “Release“. If you’re signing a Release, that means that like 99% of civil cases out there; that your case has settled outside of Court. Congrats.

A lot of our clients get worried when they’re asked by an insurer to sign a Release. They think that they’re signing their lives away by signing it. That should not be the case. Your lawyer should explain to you exactly what you’re signing, and why you’re signing it.

There are many reasons for signing a Release. It’s for the benefit of the Defendant insurance company. In exchange for agreeing to pay you X amount of dollars, they want some peace of mind that you’re not going to sue them again over the very same accident. Sounds fair? Right? A promise not to sue again won’t cut it.

I mean, imagine an insurer paying you $100,000 for your car accident claim; and then you sue them again over the very same car accident, seeking additional compensation. It sets off a never ending chain of law suits which out Court system can’t handle, and which we don’t want in our society.

The Release is exactly what it sounds like. It Releases the Defendant insured and insurer from any past, present or future claims arising from a certain event (car accident, bike accident, slip and fall claim).

By signing the Release, you’re normally saying to the insurer that you will accept the money which they’ve offered in exchange to releasing your rights to sue again over the very same accident.

The wording of the Release is often complicated and difficult for accident victims to understand. I call it “legalese“. You have to be a lawyer, or involved with insurance and accident law every day to really understand what they’re trying to say.

Here’s some wording from a most basic release which we’ve seen circulate at our office:

IN CONSIDERATION of the payment of the sum of $xxxxxx, and which is directed by the undersigned to _____________; THE UNDERSIGNED hereby themselves, their heirs, executors, administrators, successors and assigns hereby RELEASE AND DISCHARGE John Doe and John Doe Insurance Company (“hereby The RELEASEES”) from any action, cause of action or claim for damages specified above where the injury or, as the case may be, the damage, has been sustained as at the date hereof or may be sustained thereafter, as a result of A CAR ACCIDENT WHICH TOOK PLACE ON ________. The undersigned agreed:

i) not to make any claim or take proceedings against any person or corporation who might claim contribution or indemnity under the provisions of any statute or otherwise;
ii) agreed that the said payment does not constitute an admission of liability on the part of the Releasees and;
iii) declare that the terms of this settlement are fully understood, that the amount stated herein is the sole consideration of this Release and that such amount is accepted voluntarily as a full and final settlement of the claim for the damages specified above.

In any event, whenever a case settles in Ontario, the insurer will ask that a Release get signed. So, don’t be surprised if your lawyer asks you to sign one, or two more pieces of paper before you can collect your money.

No signed or “executed” release = no money. Don’t panic if you’re being asked to sign a Release. It’s a normal procedure in Ontario when a case settles.

If you think that the wording from the above quoted Release is confusing, you should take a look at the Standard Form Release prepared by the Ontario Government for the settlement of accident benefit claims (no fault car accident claims).

First, the insurer will have the accident victim sign a one or two page Release. Then the accident victim will ALSO need to sign a complicated 6 page form called a Settlement Disclosure Notice. There are not indexes and appendices which get attached to the Settlement Disclosure Notice to make it longer, and more complicated for the general public and lawyers who do NOT practice in car accident law to understand. 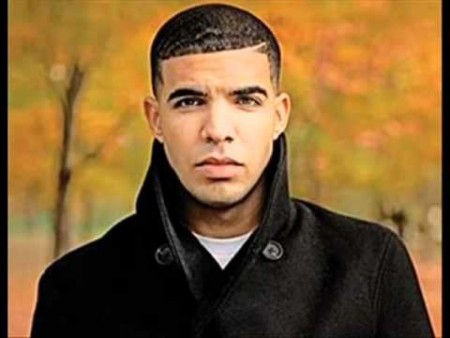 Worried about signing a Settlement Disclosure Notice? I would be. Why on earth would the government have you sign a 6-8 page form over a car accident claim? It seems like they created paperwork, for the sake of creating paperwork.

With a good personal injury lawyer by your side, explaining to you what you’re signing, you really have nothing to worry about. But, if you’re being asked to sign a Settlement Disclosure Notice or Release without the assistance of a personal injury lawyer, you really should know what you’re signing. And don’t take their word for it (the insurer). These Releases and Settlement Disclosure Notices which they want you to sign don’t benefit you. They RELEASE your rights in favour of the insurance company. So, please, consult with a lawyer before signing anything.

Once you’ve signed those forms, it’s very difficult to turn back and re-open your case. If you try to re-open your case, and there’s not a good explanation as to why you signed the forms in the first place (coercion, false pretenses, language barrier, duress, or signed out of fear of being physically harmed); then you’re case might get dismissed by the Court. In addition, you may be responsible for paying for the insurance company’s legal costs if you’re unsuccessful in re-opening the case. Not an easy proposition. Lesson? Get a lawyer.

Speaking of lessons, let’s chat about Toronto’s professional basketball team. They blew a 27 point lead in the 2nd half and lost by 9 points. I watched a fantastic 1st half of basketball. They were actually DOMINATING!

In the third quarter, I knew something bad was going to happen. How did I know? I’, not sure. Let’s just call it learning from past experience. Toronto has NEVER really beated a team handily in the past 5 years or so.

Then, I witnesses the 7th largest comeback in the history of the National Basketball Association. I felt special. How on earth do you blow a 27 point 2nd half lead? I have no idea. All I know is that Toronto’s basketball team is now being mentioned in the same breath as Buffalo’s football team. Both find new ways to lose week after week. Both teams have turned losing in to an art form. I think their management asks the question how to best tease and torment their fans. They have to win just enough to keep people interested. But not too much so that they can remain perpetual losers. I suspect this West Coast Road Trip will tell us a lot about Toronto’s team. Let’s see how bad they collapse. OR, that game might have been rock bottom and there’s nowhere to go but up. In any event, the team needs to trade everyone for draft picks. Except Drake….Keep Drake…He adds a certain “je ne sais pas” to this band of lovable losers. I got my eyes on you…just hold on here we go…