These slip and fall cases can cause serious injuries to innocent visitors to public (or private) spaces.

Think of a parking lot at a school, university, grocery store, or a shopping mall that isn’t properly plowed, sanded or salted. Or perhaps a local gas station that hasn’t been maintained after some serious winter weather.

After a Plaintiff slips, falls, get hurt; begins the rehab process; what happens next? What happens behind the scenes of such a case.

With years of dedicated assistance to serving innocent accident victims across Ontario, Goldfinger Injury Lawyers has seen countless of these cases. While no two cases are exactly alike; they do share a lot of commonalities. Each case is determined on its own set of facts. Many cases can be similar, but NOT the same.

Behind the scenes, your personal injury lawyer will investigate the owner, or occupier of the premises where the slip and fall took place.

This is very important. Naming the wrong party can be detrimental to a case. And sometimes, identifying the right party can be trickier than you might think. There might be a set of leases, sub leases, and sub sub leases which shelter the true owner from any liability. The owner might be a numbered shell company with a foreign office location. The true owner of the property is rarely as it might seem. When things seem like they should be simple (like identifying the true owner of the property), it can get quite complex. This is why a Plaintiff will often see more than one Defendant named in the title of proceedings. A slip and fall case is rarely against one party.

The same rings true for the other parties involved in the maintenance of the property.

There might be a property manager. We often see this with apartment buildings, commercial properties and condominiums. This property manager will need to be named as a Defendant. 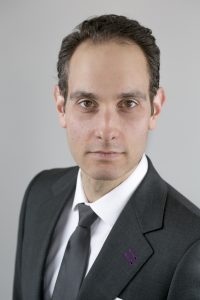 When Plaintiffs start their case, they often think of the case in very binary terms such as “it’s my case against the owner of the property“. One Plaintiff. One Defendant.

This could not be further from the truth.

After the discovery process, Defendants will become more and more vocal about getting released from the action. They will insist that they bear zero liability for the accident, and that the true culprit for the accident is another Defendant. Sometimes this is true and a Defendant is released from the action. Other times, it’s not so true. It’s a bunch of hot air. It all depends on the facts of the case and the evidence.

Disputes about location of the slip and fall

And then all of the sudden…

Surprise! The smoking gun evidence appears. Years through the litigation, almost by magic, a set of winter maintenance log notes appear! Or perhaps it’s a missing winter maintenance contract. Or maybe it’s a video of the fall itself. Either way, Plaintiffs should be ready for the somewhat magical and surprise appearance of evidence which has appears out of thin air after years of asking for it.