Catastrophic Injury claims, by their very nature, are the most serious car accident claims which a personal injury lawyer will face during their legal career.

The term “catastrophic” has a special meaning at law for car accident claims in Ontario. At law, we were refer to “castastrophic” as a term of art. This means that it has a special legal significance, and means something very specific which is defined in the Insurance Act.

In order to meet the definition of catastrophic for car accident cases in Ontario, a licensed DOCTOR must complete, and submit an OCF-19 form. This form is called An Application for Determination of Catastrophic Impairment.

You can find a link to the OCF-19 on the FSCO website, or on our website. These is not a typical form that your local doctor’s office will have on hand as making these applications is not a daily occurence.

Many doctors are NOT comfortable completing the OCF-19 because the language and terminology is foreign to them, or the tests to meet the definition of catastrophic is outside of their realm of knowledge.

In addition, the tests for catastrophic are in large part orthopaedic, or neuropsychological. If your family doctor is not comforatble with orthpaedics, or with neurophsychology, then getting them to complete the form will likely be a difficult task.

Making matters EVEN WORSE for accident victims is that the wording used on the OCF-19 form is confusing, and difficult to understand, even for a lawyer! Many of our clients are hard pressed to find a family doctor, let along get them to complete such an important form on their behalf. If would seem like the whole system is skewed against them.

In any event, the OCF-19 states that in order to meet the definition of “castatrophic”, the accident victim must fall in to one of the following categories:

Based on my assessment, I believe the following criteria are applicable to this applicant. Please check all that apply:

If you didn’t understand any of the wording from the definition above, that’s ok. Doctors have made a living practicising exclusively on finding whehter or not accident victims meet the defintion of castastrophic or not.

It often takes a multi disciplinary test (that’s a fancy term for A LOT OF DOCTORS), to work in conjunction on a single injured person to determine whether or not their injuries will meet the definition of catastrophic under the SABS (the law governing car insurance claims in Ontario).

Personal injury lawyers and insurers alike will spend anywhere from $20,000-$35,000 for a catastrphic assessement report on a single client. Between the lawyers costs, and the insurer’s costs, that’s around $40,000-$70,000 spent on reports ALONE to determine whether or not a client is CAT or not. That’s a LOT of money. You can see why I say that doctors have made their livings practicing exclusively on catastrophic determination testing.

Here is ther reality of the catastrophic testing. It can take months to set up these appointmnets. It can take even longer to have the reports generated by the experts. Once the reports are generated, it can take another month or for the insurer to read and digest the report. It’s not uncommon that these reports are 200+ pages, single spaced of dense medico-legal literature and test results.

Once the insurer has read the report, they will normally disagree with the catastrophic finding and set up an IE (Insurance Examination or Inpendedant Examination depending on whose side of the coin you’re on). The IE set up by the insurance company will take months to set up; and even longer to get the IE report back.

After all of this time has passed setting up examinations, reading reports, setting up more examination etc…it’s not uncommon that a year PLUS has passed. In that period of time, the accident victim is just left waiting WITHOUT access to increased catastrophic benefits which should be made available to them under the SABS. 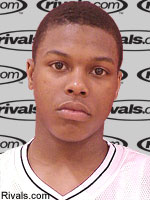 The IE report more often than not comes back stating that the accident victim does NOT meet the definition of Catastrophic. If that’s the case, which it often is, then your lawyer will either apply for mediation, apply for arbitration, or sue depending on what step is best for your case. Knowing that these matters will take years whether your arbitrate or litigate, we often elect to sue at the Superior Court Level and tack on a claim for bad faith and punitive damages. The quantum of damages which a Judge can award at the Superior Court level are far greater than the amount of damages which can be awarded by an Arbitration at the Financial Services Commission of Ontario. But, it all depends on the nature of your claim, and what works best.

It’s important to keep in mind that they’re always two sides of the story. No matter how badly injured your doctors believe you to be; I can almost guarantee that a lawyer for the insurance company, or a doctor hired by the insurance company will find that you’re not as injured as you set yourself out to be. Add to that some in person and cyber surveillance, and the insurance company begins to build their defence against your claim. Keep in mind that there are no slam dunk cases in the practice of personal injury law. Sometimes, it’s the cases which seem to be “open and shut” straight forward cases that are the most difficult ones to settle.

I would be remiss if I didn’t comment about the Toronto Raptors. Many of you know that I’m a basketball fan, and an affable Raptors fan. It’s been great seeing the Toronto media market giving this team and NBA basketball the attention it deserves. Instead of the usual “hockey hockey hockey“, we are finally seeing the sports media pay some attention to basketball. Statistically, this is the best Toronto Raptor team of all time. They’ve won the most games in franchise history. Hard to argue with that. I’m glad they’ve captured the hearts of so many, and I hope this role of positive attention continues. Never has a Toronto team been more deserving of that spotlight. Not a basketball fan? Tune in to a 4th quarter of a Toronto Raptor playoff game and I guarantee that you’ll be hooked. I’ve attached a pic Kyle Lowry to this Toronto Injury Blog Post because he’s got the most heart and soul I’ve seen from a Toronto athlete since maybe Doug Gilmour.