We often get calls from people who have received, or are in the process of receiving WSIB (Worker’s Compensation) Benefits and now want to sue their employer.

Let me preface this Toronto Injury Lawyer Blog by stating that our law firm DOES NOT handle WSIB matters. There are a handful of lawyers across the province who practice in this area, but those numbers are dwindling for a variety of reasons which should be the subject of a different blog post.

In any event, there are situations where an employee gets injured in the course of their employment. The employer may file a claim to the WSIB. The reason the employer does this so quickly, is because it’s the LAW to report any workplace injury to WSIB and to open a claim.

It’s then up to the injured employee to decide whether or not they want to pursue a WSIB claim, or whether or not they want to SUE using lawyers like the ones from Goldfinger Injury Lawyers. You CANNOT do both! In some instances, you cannot sue regardless of the situation. This all depends on whether or not your employer is designated as a Schedule 1 or Schedule 2 employer. The good people at the WSIB will be able to assist you in that regard. You can find out more information on the WSIB from their website at WSIB.ON.CA

On one example, a person who was working at a cold storage warehouse lost his arm when an industrial freezer lock broke, and them slammed in to his arm, causing it to shatter completely. The arm later had to be amputated.

The injured worker received loss of wage benefits, a lump sum payment along with all of his rehabilitation costs, and retraining costs covered by the WSIB. The Ministry of Labour conducted an investigation and later penalized the employer.The injured worker and his family then wanted to sue their employer for unsafe work conditions under the Occupational Health and Safety Act.

This Ontario Court of Appeal decision summarized the law on the congruency between suing a THIRD party vs. receiving WSIB benefits in Sutor the Workplace Safety and Insurance Board et al, [2003] O.J. No. 311 (Ont. C.A.)

In this case, the plaintiff Ms. Sutor, a nurse, was injured in a motor vehicle accident in the course of her employment. She elected to claim benefits under the Workers’ Compensation Act (now Workplace Safety and Insurance Act “WSIA”) instead of pursuing a tort action against the driver of the other vehicle, Mr. Thurlow.

Approximately two years after Ms. Sutor first received WSIB benefits, she withdrew her claim for benefits in order to bring an action against Mr. Thurlow.

This case examined whether or not Ms. Sutor was allowed to withdraw her claim for benefits and pursue a tort action, and if so, what was the proper procedure of doing so.

Can a worker opt out of WSIB benefits to pursue a tort action?

The Court of Appeal found that if a worker first elects to collect benefits through WSIB and subsequently wishes to sue a third party, s/he may be allowed to re-elect and pursue a tort action in the Courts, as long as s/he provides an undertaking to reimburse the WSIB for the benefits paid to the date of the re-election.

Thus, if a worker elects to sue in tort, he is not entitled to receive benefits under the Act. Accordingly, if a worker, having first elected to receive compensation benefits, changes his/her mind before s/he can sue the tortfeasor, the worker should put himself or herself back in the position of having received no benefits from the WSIB.

Once a worker/dependant opts out of WSIB benefits, who can sue?

Once a worker or dependant has opted out of receiving WSIB benefits, there are no limitations as to who can bring an action.

What were the practical ramifications for Ms. Sutor withdrawing her claim for benefits and pursuing a tort action?

1. She had to complete and return a Withdrawal of Election form from the WSIB. After this form was processed, she no longer received any benefits.
2. She had to sign an “Assignment” which acknowledged her debt to the WSIB totaling $53,203.99. This represented $42,983.32 in benefits, $5,383.94 in medical costs and $4,836.73 in administrative expenses.
3. She had to sign an “Authorization & Direction” which directed her solicitors to pay the WSIB back for all benefits and costs incurred on her behalf totaling $53,203.99.

The WSIB’s Subrogated Right to an Action 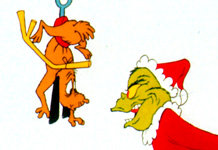 If the WSIB commences an action and succeeds, the injured party would be entitled to any surplus recovered from the action over the WSIB’s legal costs and what the Plaintiff is entitled to recover in benefits.

Same 29(2) the employer, director, executive officer or other worker is not liable to pay damages to the worker or his or her survivors or to contribute to or indemnify another person who is liable to pay such damages.

It’s important to contact a lawyer to determine exactly what your rights are before you begin to receive any benefits from the WSIB or otherwise. Once you get started on one track, it might be difficult to get off to start on a completely different track.

It’s difficult for people to understand that WSIB benefits work as a shield to employers to protect them from getting sued. At the end of the day, this coverage is INSURANCE which is paid by employers so that they don’t have to deal with the constant threat of litigation from injured employees.

From everyone here at my law firm, we want to wish and you and your families a Merry Christmas and a Happy New Year. We remind you to drink responsibly, and NOT to drink and drive. Call a taxi. Use UBER! Have a designated driver, or stay over or at a hotel. It’s not worth putting your lives, and the lives of others to save a $50 taxi ride.